Natural gas will inevitably contain trace amounts of water and other impurities during different stages of processing and transport. Glycols, such as triethylene glycol (TEG), will in many cases follow the water. The glycol contents of the gas can originate from preceding glycol-drying units or it can be a residue from the direct injection of glycols used to prevent hydrate formation. Thus, it is important to know how glycol contents will affect the different paths leading to hydrate formation. Glycols may in some cases dominate the condensed water phase. If this occurs, it will lead to the well-documented shift in the hydrate stability curve, due to the altered activity of the water. A great deal of information on the molecular path of a glycol through the system can be obtained from calculating the chemical potential. Due to difficulties in measuring interfacial chemical potentials, these often need to be estimated using theoretical tools. 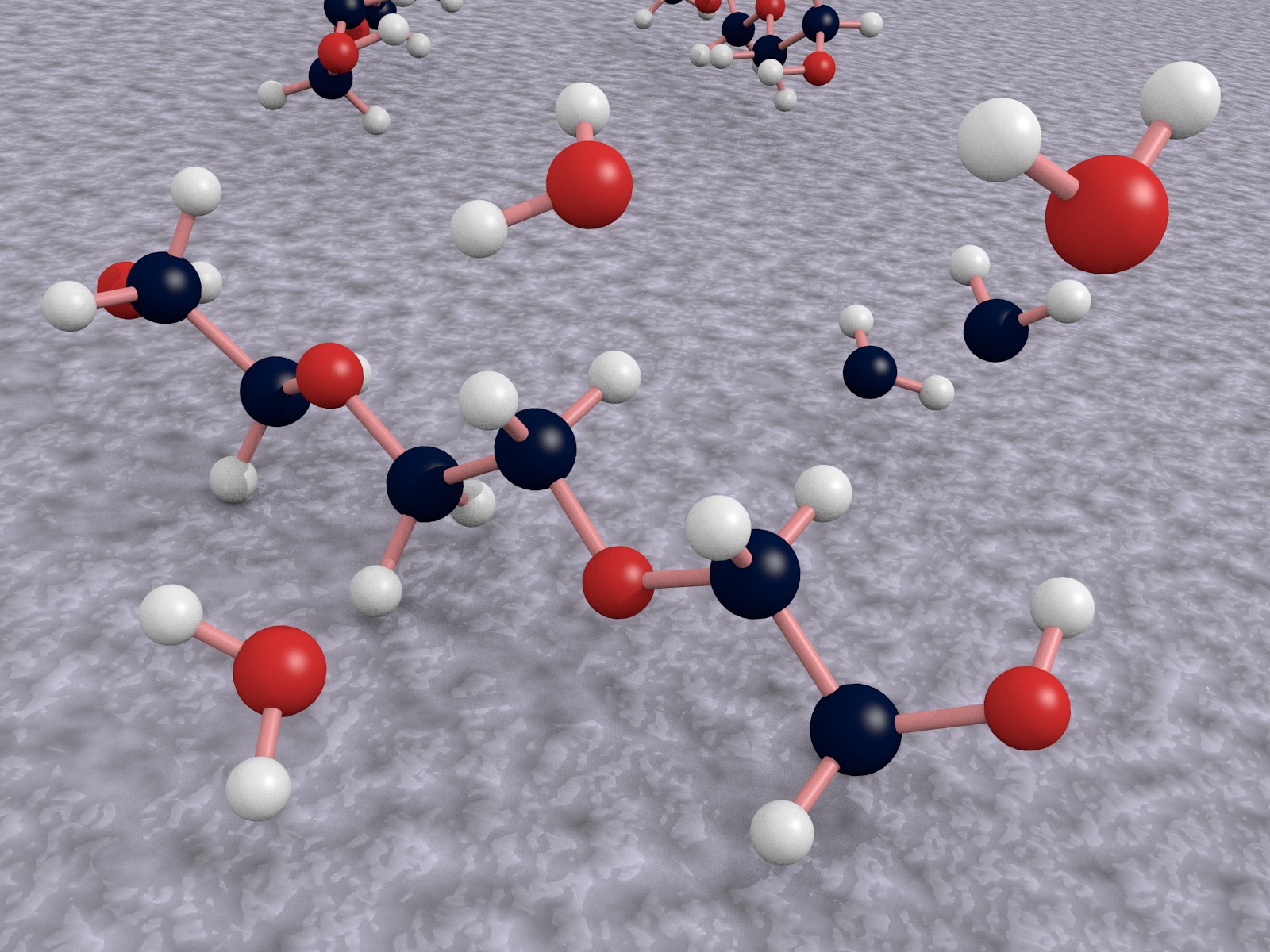