IN43C-3706:
Testing the estimated hypothetical response of the magnetosphere to a major space weather event

The high-speed CME, ejected on 23 July 2012, observed by STEREO A on the same day as the leading edge of the CME arrived at 1AU was unique in respect to the observed plasma and magnetic structure. STEREO A also observed large Solar Energetic Particle (SEP) flux increase prior to the CME onset. Because of its similarity in intensity to the great Carrington storm of 1859, it is referred to as "Carrington 2" event. Fortunately, the Earth was not on the path of the CME, otherwise it might have caused a major space weather event. We used the Rice Artificial Neural Network (ANN) algorithms with the solar wind and IMF parameters measured in situ by STEREO A as inputs to infer what the "geoeffectiveness" of that storm might have been. We are presently running our neural network models of Kp, Dst and AE on our realtime prediction site at http://mms.rice.edu/realtime/forecast.html.

We modeled this event using our ANN-based Kp and Dst prediction algorithms to observe that, in fact, this would have been an extremely powerful geomagnetic storm. Our results show a prediction resulting in a Kp value of almost 9 and Dst of nearly -300 nT. However, when assumptions about Earth's dipole angle tilt (please see figure) and solar wind densities are made, predictions resulting in Kp of 9+ and Dst below -800 nT are found. Additionally, we also considered the effects of SEP flux, using STEREO A measurements, in our models. In doing so, the final Kp and Dst values rose further, with Kp reaching 10 and Dst dipping below -920 nT respectively. 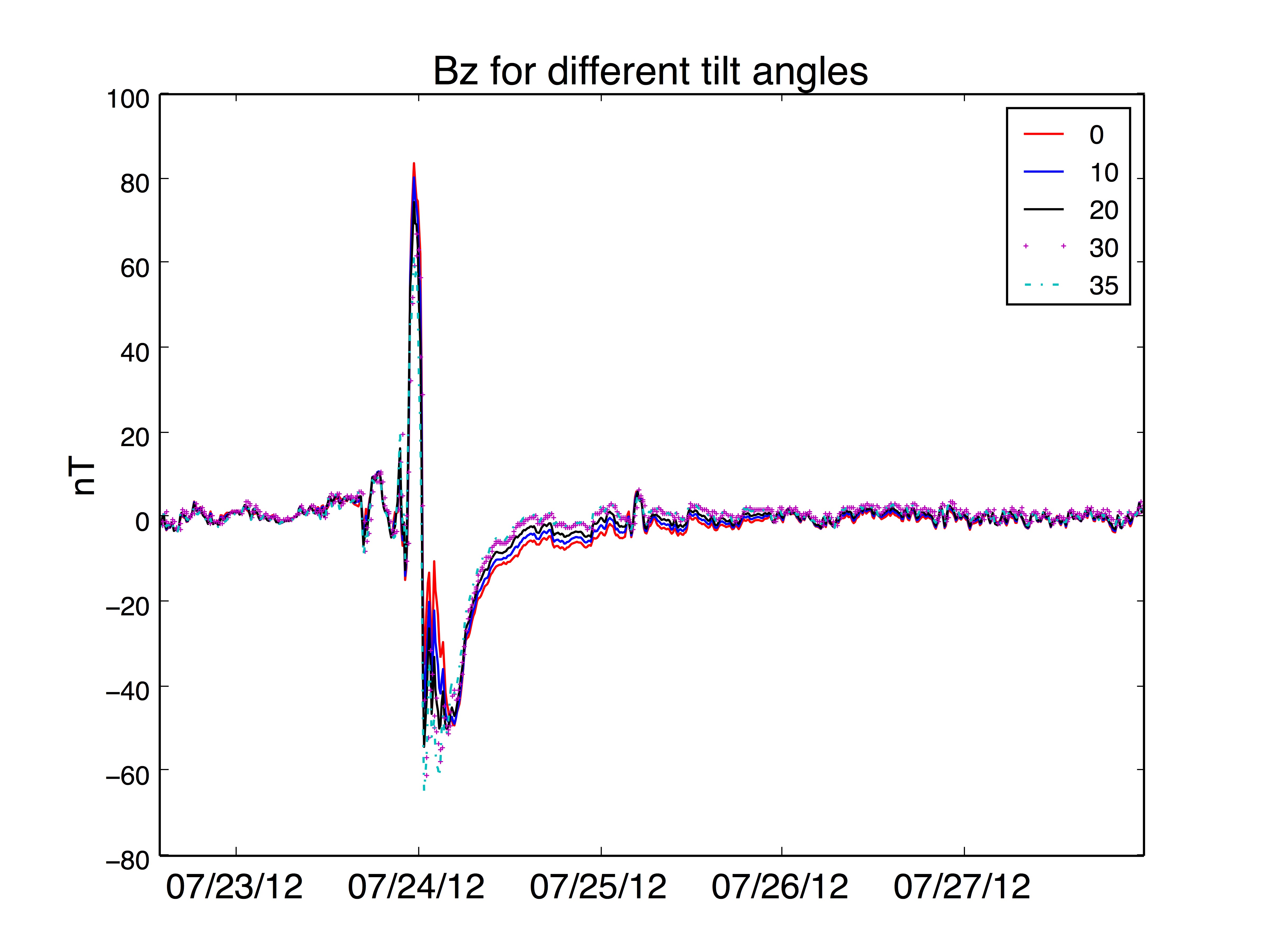