The Texas Commission on Environmental Quality (TCEQ) has fourteen stations in the Barnett Shale that take ambient concentration measurements of forty-six non-methane hydrocarbons. We gathered all measurements for the period of October 16-31, 2013, and applied Lagrangian trajectories to each air parcel that was measured, to achieve a domain filling of the Barnett region. Regular grids of concentration values for each VOC at each hour were constructed, then implemented into an unsupervised machine learning classification. This self-organizing map assigned classification numbers to each grid cell in each hourly grid, where a class number essentially corresponded with a signature of representative concentration values for all forty-six hydrocarbons. Two hundred was determined to be an appropriate number of classes for this classification. Similarly, we applied a self-organizing map to the wind speed and resultant direction measurements recorded at each station. This classification grouped together the hours in our time frame into six distinct wind regimes. Concentration class numbers were analyzed for different wind regimes, and for the whole time period. A grouping of classes with numbers in the middle-to-upper forties was discovered near and downwind of oil and gas facilities. The validity and accuracy of this method was confirmed by performing a site-by-site comparison against an independent study which analyzed the VOC concentrations at three TCEQ stations. This opened the door to expand the dataset to include other ground-based measurements of both non-methane VOC and methane concentrations, to further trace back emission sources. 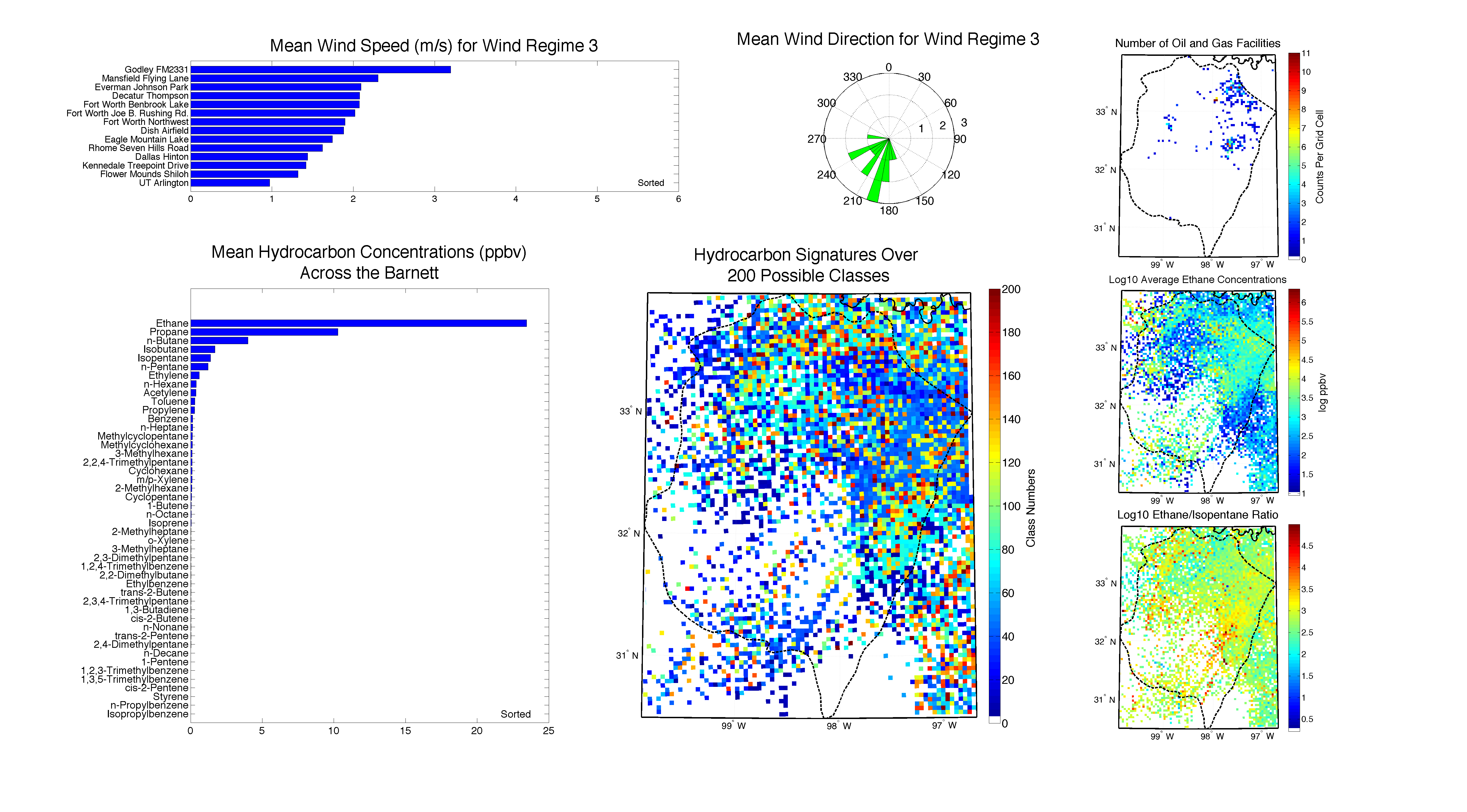