We examine the clustering failure of Bucaramanga nest seismicity in both space and time, at tectonic and small sequence scales. The Bucaramanga nest is the densest concentration of intermediate-depth seismicity in the world – which we observe using the regional network of Colombia (RSNC). The Bucaramanga nest exhibits both traditional repeating earthquakes as well as reverse polarity repeating earthquakes. These two populations of events, each with highly correlating waveforms (repeating events) and with reverse polarity to the other group, are defined using a divisive clustering algorithm based on waveform similarity. Using a feature extraction relocation process, we observe the two groups tightly clustered in regions of both space and time. We show two large features, each corresponding to a group of seismicity, and inspect sequences at a localized scale. Some events in a sequence are separated by as few as ~12 seconds in time and ~100s meters in space. A pattern of cascading failure provides further evidence for a thermal-shear failure mechanism of intermediate-depth earthquakes. 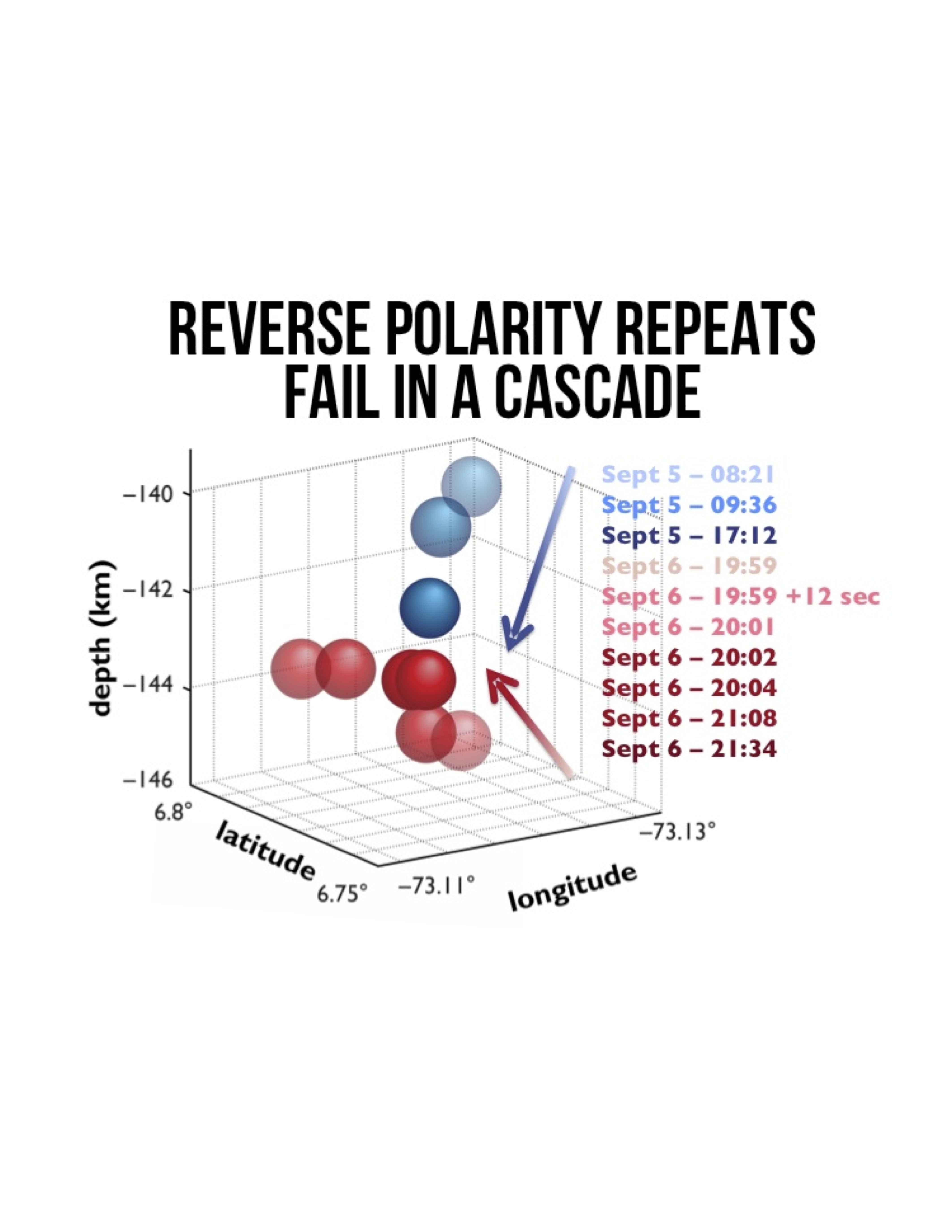