To enhance our predictive understandings of the interactions between the soil, plants, and air and their integrated behavior at hillslope and catchment scales, we have been developing a Terrestrial Integrated Modeling System (TIMS). TIMS aims to numerically simulate various physical and chemical processes that occur over the Earth’s terrestrial surface, e.g., exchanges and flows of energy, water, carbon and other chemicals between and within the soil, plants, and air. TIMS is being compiled from existing models that have arisen from individual scientific communities, including 1) a surface energy, water, and carbon exchange scheme (NoahMP), 2) a 3-dimensional physically-based hydrological model (CATHY), 3) a reactive transport model (CrunchFlow), and 4) an individual-based vegetation dynamics model (ECOTONE). TIMS also integrates newly developed components, e.g., a microbial enzyme based soil organic carbon decomposition model and a solar radiation correction scheme accounting for the effects of terrain shading and slope angle and aspect. We will present the current state of TIMS development and some validations against measurements at various scales, the challenges for developing and evaluating such a complex modeling system, and implications for scaling-up plot-scale processes (e.g., AmeriFlux) to global-scale land surface models for use in Earth System Models (ESMs). 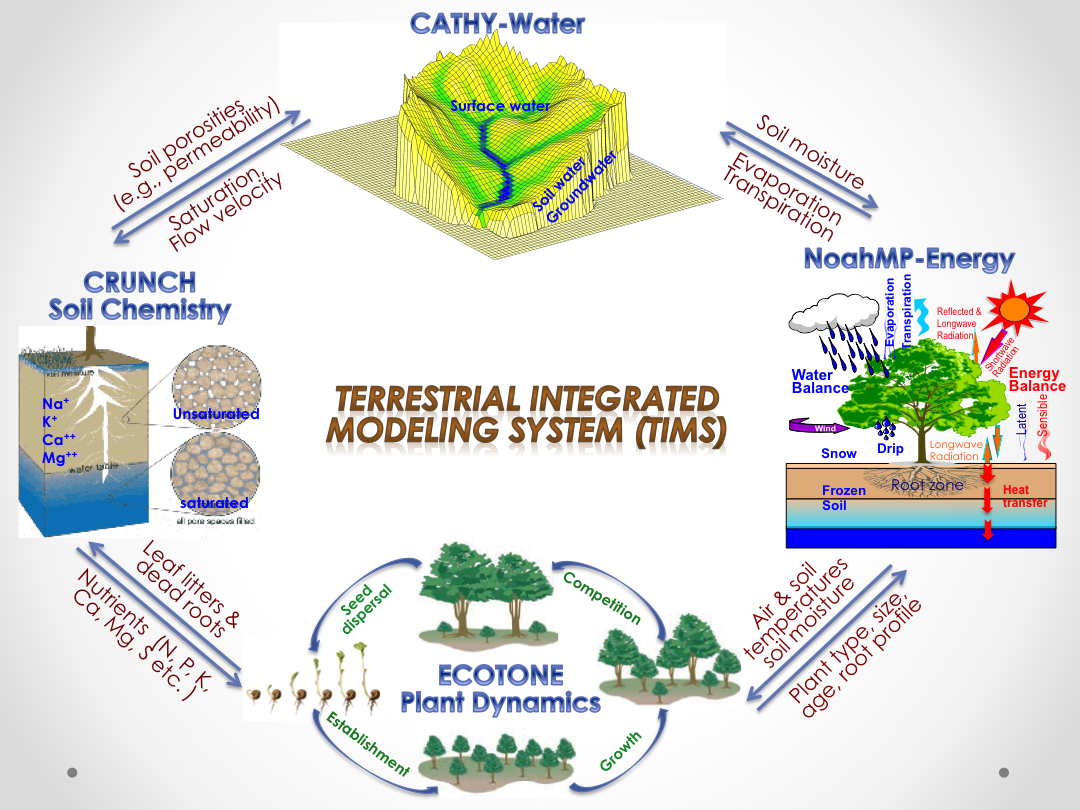