A23K-3397:
On the Relationship between Inertial Instability, Angular Momentum, and Jet flare-ups

A diagnostic study is conducted to determine the mechanisms involved in local jet accelerations and altered meridional circulation patterns associated with midlatitude cyclones. Regions of inertial instability, as they travel poleward and eastward through the sub-polar westerly jet, are analyzed, and the associated jet intensifications are the main features of interest. Streamfunction patterns and jet accelerations are driven by local regions of inertial instability. As air with negative potential vorticity (PV) moves upward and poleward from the surface it transports air from a lower latitude with higher angular momentum into the jet. The original speed of the air must increase as it moves poleward to conserve angular momentum. During inertial instability-driven poleward surges of absolute momentum a distinct increase in jet wind speed occurs. High resolution simulations with the University of Wisconsin Non-Hydrostatic Modeling System (UWNMS) show that the conformal agreement between the shapes of surfaces of inertial instability, angular momentum, and jet structure is remarkable, and that the nature of the jet downstream of a trough is consistent with simple poleward advection of high angular momentum. Mesoscale disturbances precisely rooted in regions of inertial instability create a jet-suturing effect, a possible new mechanism for merging the sub-polar and sub-tropical jets. 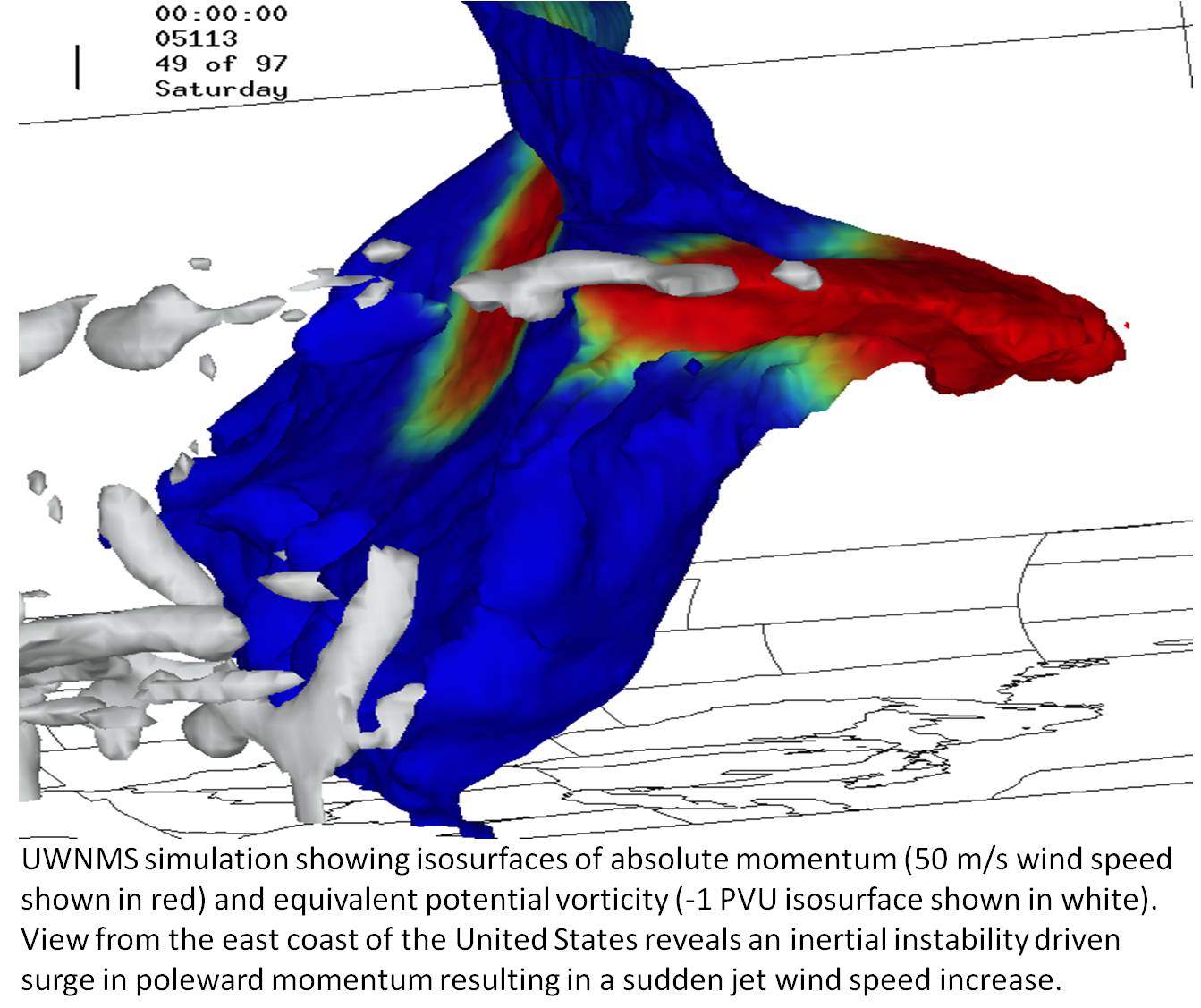