EP13B-3521:
An Automated System of Knickpoint Definition and Extraction from a Digital Elevation Model (DEM): Implications for Efficient Large-Scale Mapping and Statistical Analyses of Knickpoint Distributions in Fluvial Networks

We tested our algorithm on a 1m resolution LiDAR DEM of Santa Cruz Island (SCI), a tectonically active island 25km south of Santa Barbara, CA with an estimated uplift rate between 0.5 and 1.2mm/yr calculated from uplifted paleoshorelines. We have identified 1025 knickpoints using our algorithm and compared the position of these knickpoints to a similarly-sized dataset of knickpoints manually selected from distance-elevation longitudinal stream profiles for the same region. Our algorithm reduced mapping time by 99.3% and agreed with knickpoint positions from the manually selected knickpoint map for 85% of the 1025 knickpoints. Discrepancies can arise from inconsistencies in manual knickpoint selection that are not present in an automated computation. Additionally, the algorithm measures useful characteristics for each knickpoint allowing for quick statistical analyses. Histograms of knickpoint elevation and chi coordinate have a 3 peaked distribution, possibly expressing 3 levels of uplifted marine terrace platforms on SCI. Few knickpoints exist with a contributing drainage area >200,000m, demonstrating a cutoff drainage area where knickpoint migration has stalled. We intend to use this tool to further explore the significance, evolution, and dynamics of knickpoint features on SCI. 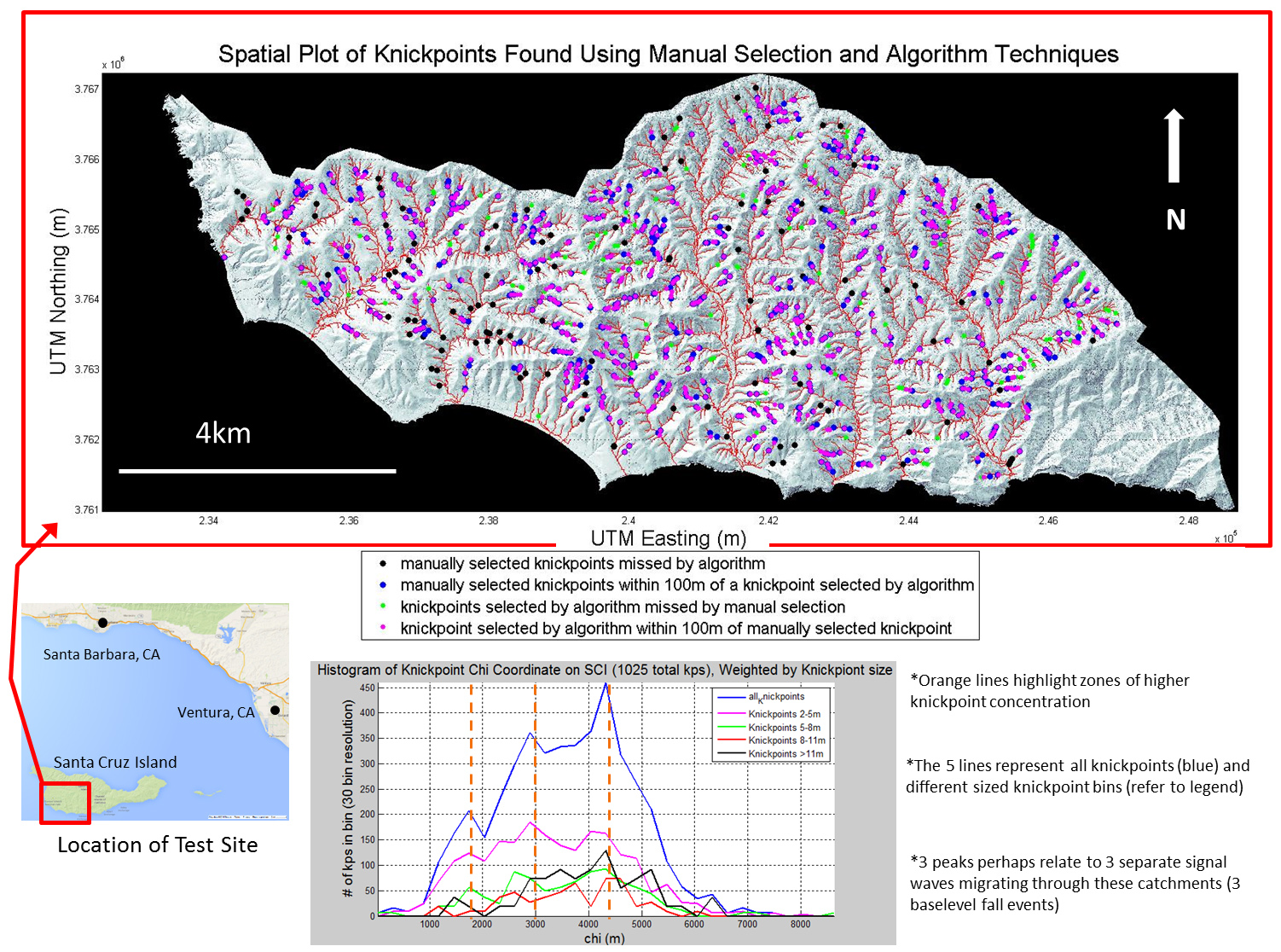