We carried out large-scale biaxial friction experiments (Fukuyama et al., 2012; 2014) using a pair of meter-sized Indian gabbro as specimens, whose contacting area was 1.5 × 0.1 m2, normal stress was up to 6.7 MPa and loading velocity was up to 3 × 10-2 m/s. After each experiment, we found localized damages (i.e. grooves) were generated on the fault surface and gouges were distributed around them. We confirmed work rate dependency of rock friction as revealed by centimeter-sized rock samples (Di Toro et al., 2011), but further found that the meter-sized rock friction starts to decrease at one order of magnitude smaller work rate than that of the centimeter sized rock (Yamashita et al., 2013, AGU fall meeting). Here, we concluded that this difference is caused by stress localization and associated increase in heterogeneity on the fault as shown by: 1) Total amount of deviations of each local shear stress from the average, which were monitored by strain gauge array, increased with the decrease in friction. 2) Friction coefficients were negatively correlated with degree of spatial heterogeneity evaluated from the distribution of grooves and gouges. 3) Melt textures were found in the collected gouges by microscopic observation using HRSEM. Based on these observations, we propose a stress localization model; the fault surfaces are composed of patched and non-patched areas with high and low normal stress, respectively. The high normal stress patch leads to high shear stress, high mechanical work and thus production of much wear material (gouge), which further causes additional increase in normal stress. Assuming that the local friction follows the results by centimeter-sized gabbro experiments, we numerically simulated a slip-dependent friction for both patched and non-patched areas, and successively reproduced a weakening in macroscopic friction. We confirmed that the work rate dependency of simulated friction was consistent with that of biaxial experiments (Fig. 1). This result suggests this scale dependency should be taken into consideration since such heterogeneity should be common in nature. 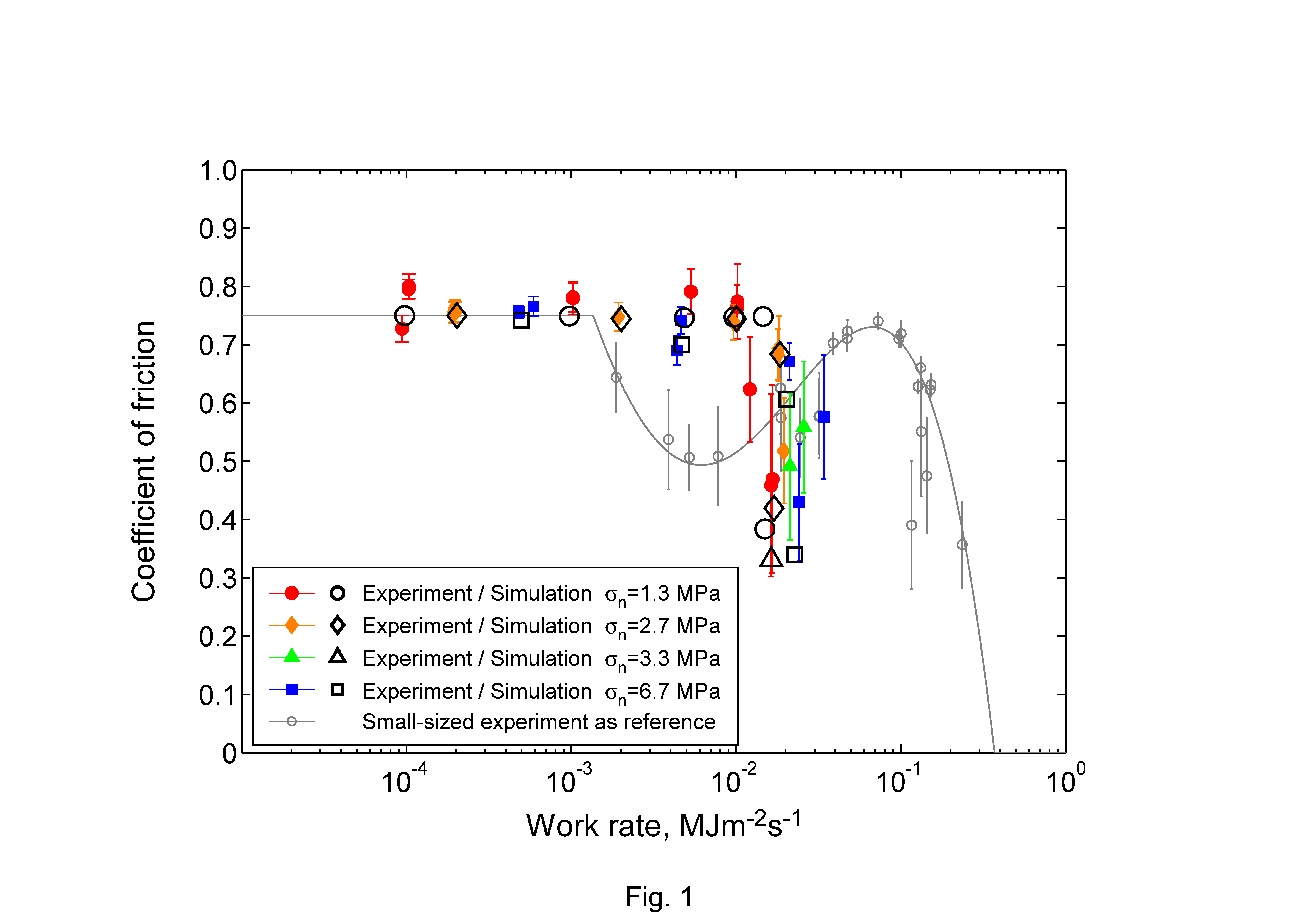