NH41B-3788:
The types of the landslide by the heavy rain presumed from geographical and geological features in Japan 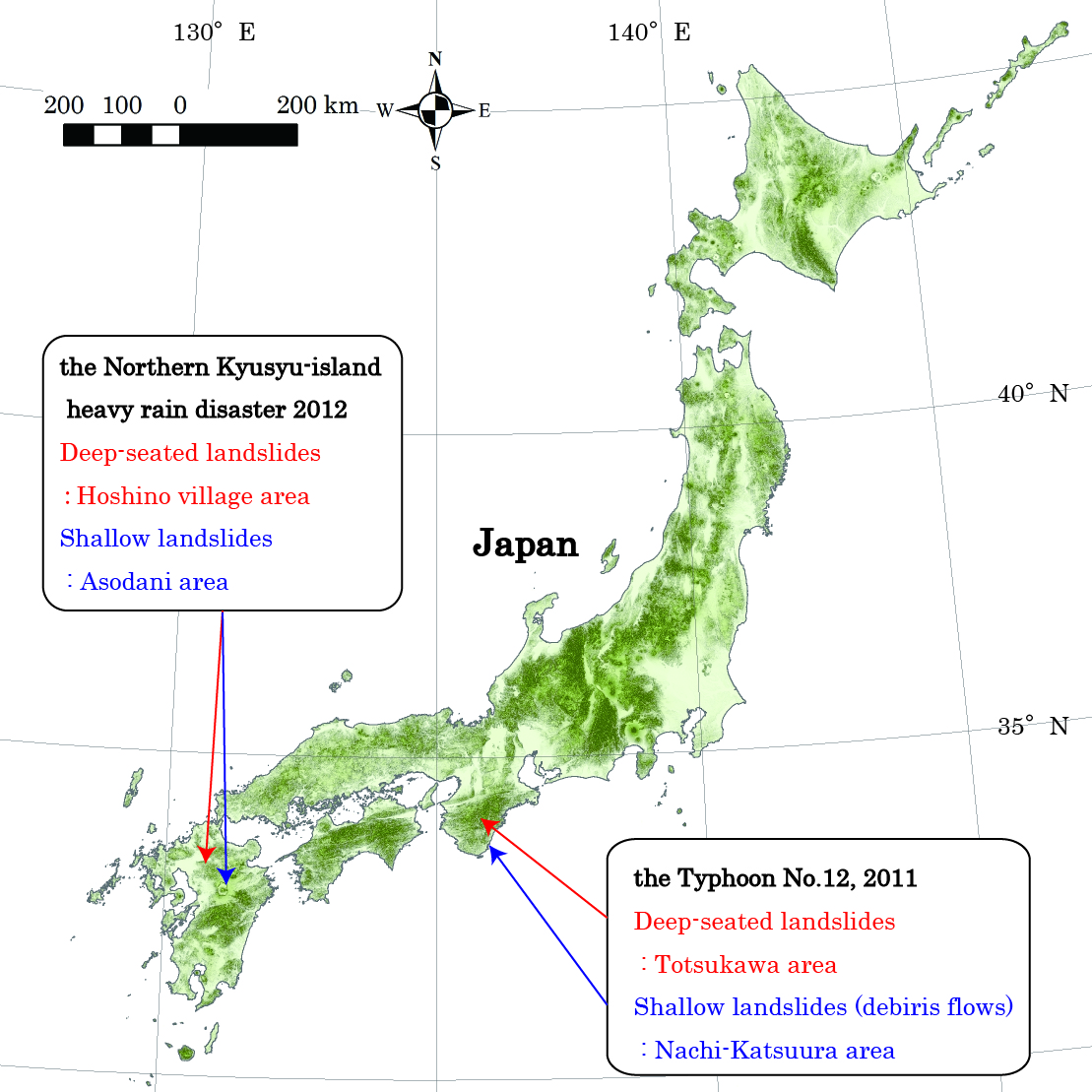