The performance of existing energy balance snow models exhibits a large spread in the simulated snow water equivalent, snow depth, albedo, and surface temperature. Indentifying poor model representations of physical processes within intercomparison studies is difficult due to multiple differences between models as well as non-orthogonal metrics used. Efforts to overcome these obstacles for model development have focused on a modeling framework that allows multiple representations of each physical process within one structure. However, there still exists a need for snow study sites within complex terrain that observe enough model states and fluxes to constrain model choices.

In this study we focus on an intensive snow observational site located in the maritime-transitional snow climate of Snoqualmie Pass WA (Figure 1). The transitional zone has been previously identified as a difficult climate to simulate snow processes; therefore, it represents an ideal model-vetting site. From two water years of intensive observational data, we have learned that a more honest comparison with observations requires that the modeled states or fluxes be as similar to the spatial and temporal domain of the instrument, even if it means changing the model to match what is being observed. For example, 24-hour snow board observations do not capture compaction of the underlying snow; therefore, a modeled “snow board” was created that only includes new snow accumulation and new snow compaction. We extend this method of selective model validation to all available Snoqualmie observations to constrain model choices within the Structure for Understanding Multiple Modeling Alternatives (SUMMA) framework. Our end goal is to provide a more rigorous and systematic method for diagnosing problems within snow models at a site given numerous snow observations. 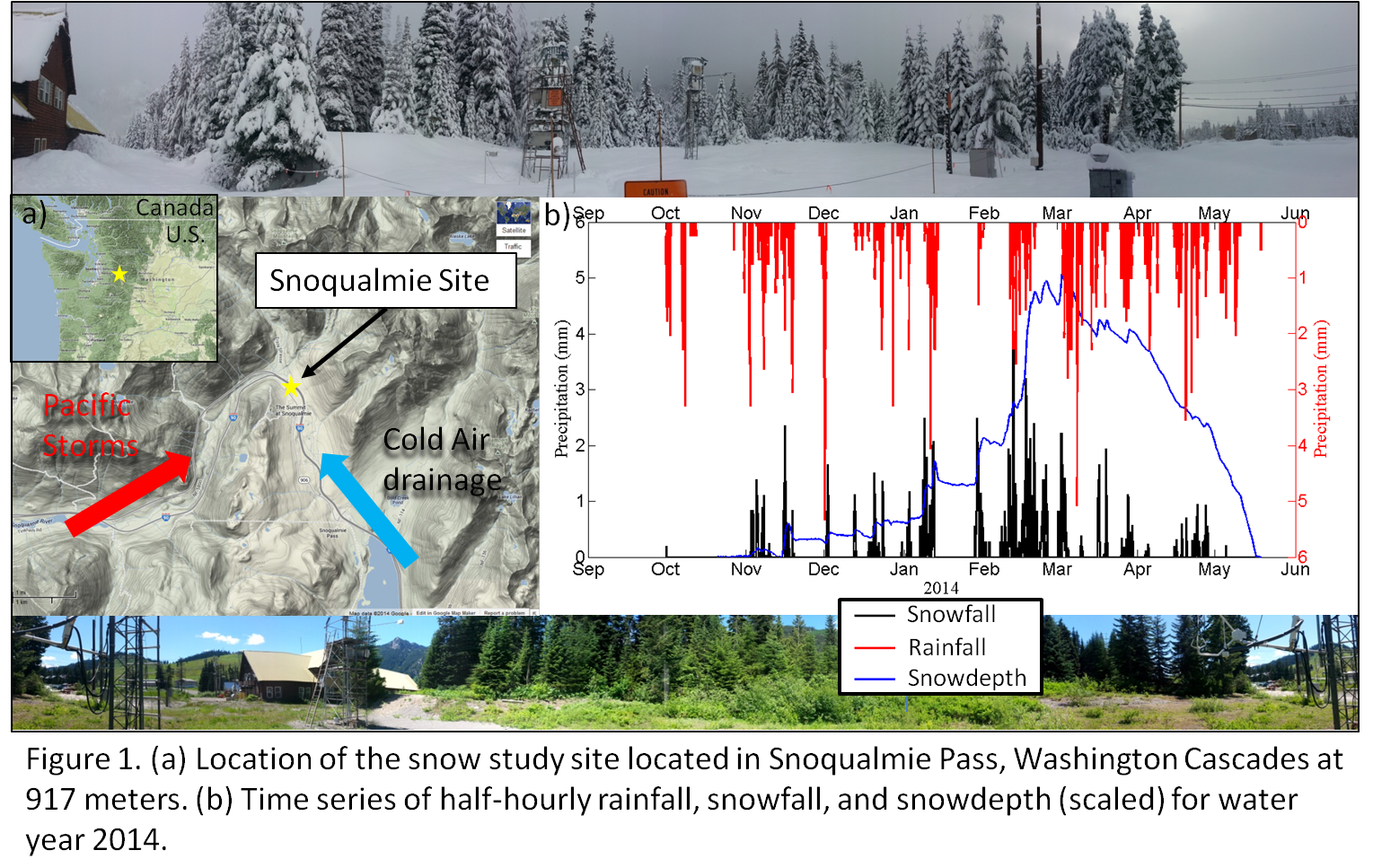