The present precipitation and temperature patterns and expected future changes (2073–2098) in Africa are investigated using the Hadley Centre Global Environmental Model 2-Earth System (HadGEM2-ES) under the fifth phase of the Coupled Model Intercomparison Project (CMIP5) protocols for historical and future emission scenarios simulations.
In a CMIP5 multimodel analysis, the annual cycles of temperature and precipitation simulated by HadGEM2-ES were very close to the multimodel ensemble mean. HadGEM2-ES temperature simulation compares well with the National Center for Atmospheric Research (NCAR) reanalysis over the 1979–2004 periods, except for a summer overestimation in Central Africa, and a winter underestimation in tropical West Africa. The precipitation simulation compared well with the Global Precipitation Climatology Project (GPCP) data from 1979 to 2004 over the entire Africa, except in the Intertropical Convergence Zone (ITCZ), where the model fails to capture adequately the transition phase of the monsoon circulation. The dry regimes over Northern Africa as well as the wetter regime occurring over Central Africa, which is mainly regulated by the ITCZ displacement, and during the austral summer of Southern Africa, are also fairly reproduced by the HadGEM2-ES model. The model projects for the end of the 21st century a rainy South Africa, a change of the flood/drought cycle in the Tropics and a warming over the whole continent, varying from 3 to 7 ∘ C. HadGEM2-ES performance for Nigeria shows good reproduction of precipitation seasonal cycles for some locations, outside the ITCZ. However, the comparison with in situ measurement in Ilorin and Lagos shows the model is not being able to reproduce the precipitation annual cycle. Future projections for Nigeria exhibit warming everywhere and an enhancement of precipitation, especially in the northern part of the country. 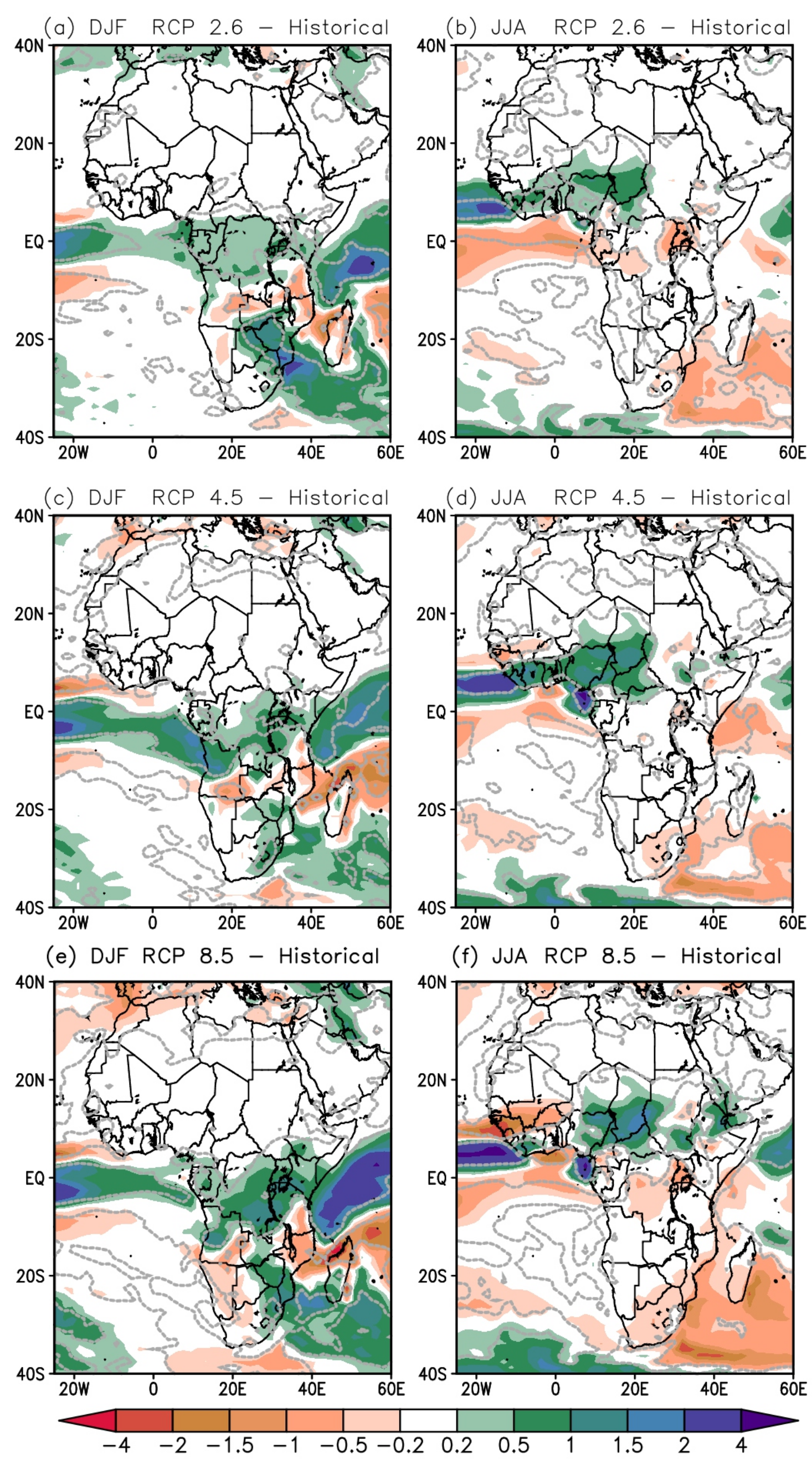