A micromechanical model is developed to simulate the hydraulic fracturing process. The model comprises two key components. Firstly, the solid matrix, assumed as a rock mass with pre-fabricated cracks, is represented by an array of bonded particles simulated by the Discrete Element Model (DEM)[1]. The interaction is ruled by the spheropolyhedra method, which was introduced by the authors previously and has been shown to realistically represent many of the features found in fracturing and communition processes.

The second component is the fluid, which is modelled by the Lattice Boltzmann Method (LBM). It was recently coupled with the spheropolyhedra by the authors and validated. An advantage of this coupled LBM-DEM model is the control of many of the parameters of the fracturing fluid, such as its viscosity and the injection rate. To the best of the authors’ knowledge this is the first application of such a coupled scheme for studying hydraulic fracturing[2]. In this first implementation, results are presented for a two-dimensional situation. Fig. 1 shows one snapshot of the LBM-DEM coupled simulation for the hydraulic fracturing where the elements with broken bonds can be identified and the fracture geometry quantified.

The simulation involves a variation of the underground stress, particularly the difference between the two principal components of the stress tensor, to explore the effect on the fracture path. A second study focuses on the fluid viscosity to examine the effect of the time scales of different injection plans on the fracture geometry. The developed tool and the presented results have important implications for future studies of the hydraulic fracturing process and technology. 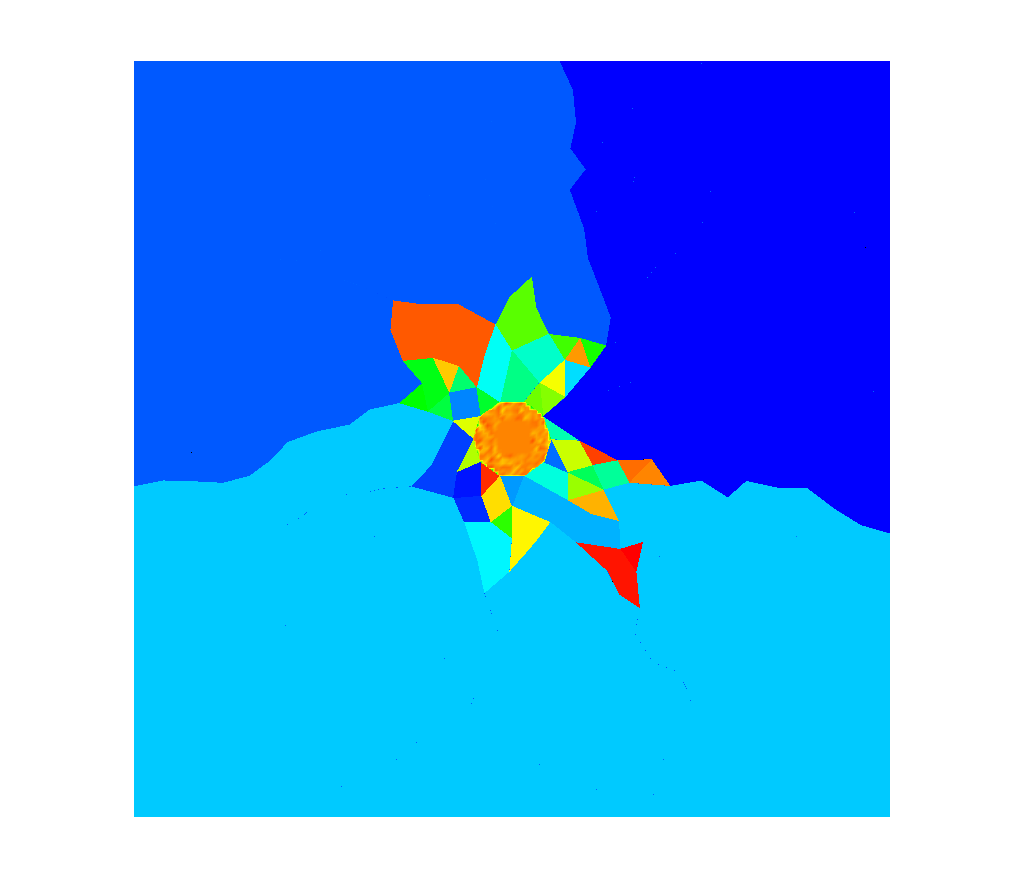