S42A-04:
Accounting for propagation outside of the model boundaries in regional full waveform inversion based on adjoint methods

Yuan et al. (2013) developed a 3D radially anisotropic shear wave model of North America (NA) upper mantle based on full waveform tomography, combining teleseismic and regional distance data sampling the NA. In this model, synthetic seismograms associated with regional events (i.e. events located inside in the region imaged NA) were computed exactly using the Spectral Element method (Cupillard et al., 2012), while, synthetic seismograms associated with teleseismic events were performed approximately using non-linear asymptotic coupling theory (NACT, Li and Romanowicz, 1995). Both the regional and the teleseismic dataset have been inverted using approximate sensitivity kernels based upon normal mode theory. Our objective is to improve our current model and to build the next generation model of NA by introducing new methodological developments (Masson et al., 2014) that allow us to compute exact synthetic seismograms as well as adjoint sensitivity kernels associated with teleseismic events, using mostly regional computations of wave propagation. The principle of the method is to substitute a teleseismic source (i.e. an earthquake) by an “equivalent” set of seismic sources acting on the boundaries of the region to be imaged that is producing exactly the same wavefield. Computing the equivalent set of sources associated with each one of the teleseismic events requires a few global simulations of the seismic wavefield that can be done once for all, prior to the regional inversion. Then, the regional full waveform inversion can be preformed using regional simulations only. We present a 3D model of NA demonstrating the advantages of the proposed method. 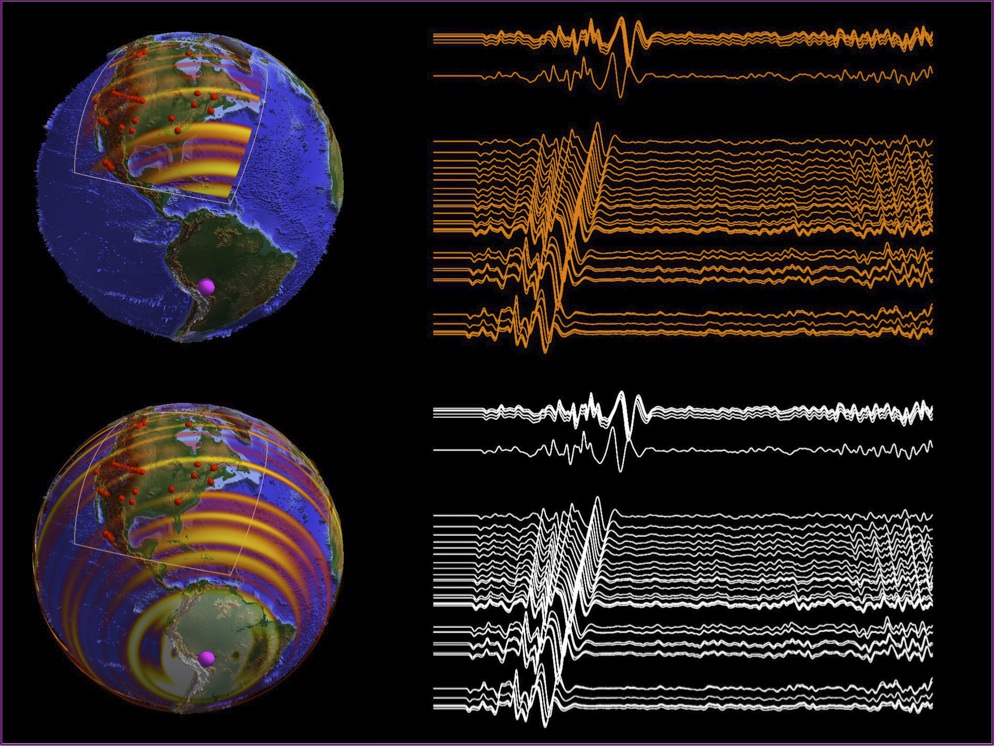