About three thousand years ago, Sanxingdui Civilization in Sichuan, China suddenly disappeared in its flourishing stage, following by a new Civilization called Jinsha locates about 40 kilometers southwest of Sanxingdui. The previous reasons such as flood or war was not so convincing to explain the sudden extinction of Sanxingdui and the heritage of Jinsha. Nevertheless, no sufficient attention has been paid to the special geomorphologic characters of Yanmen Ravine (a tributary of Minjiang River), Jianjiang River and Baishui River (a tributary of Jianjiang River), either. Based on field investigation conducted in the relevant areas, in addition with 3S (Remote Sensing RS, Geographical information System GIS and Global Positioning System GPS) technologies, it is found that Yanmen Ravine, Baishui River and Jianjiang River (all are bed rock rivers) are too wide in according with the small flow discharge. Some cirques locate in high areas of Mount Gauangguang, which is the divide of the current Yanmen Ravine and Baishui River, but no cirques exist near the proposed old channel. As a result, it proves that Baishui River and Jianjiang River are beheaded rivers and Yanmen Ravine is a reversed river. All the demonstrations above prove that Minjiang River used to flow southeast into Tuojiang River through Mount Guangguang along Baishui River and Jianjiang River. The profiles of Minjing River, Zagunao River, Yanmen Ravine and Wenzheng Ravine also demonstrate that river capture once happened. Combining historic records and archaeological materials, it is concluded that a strong earthquake happened in 1099B.C. triggered rock avalanches and landslides, the old Minjiang River was dammed in Mount Guangguang and river capture happened. The avulsion of river resulted in sharp decreasing of the flow discharge of the river flowing by Sanxingdui Civilization. As a result, for the short of water resources, Sanxingdui Civilization was forced to migrate and finally found the big river in Jinsha, where the new river flowed by, and thus a new civilization developed. River capture also caused the serious floods in Duyu Kingdom Periods. 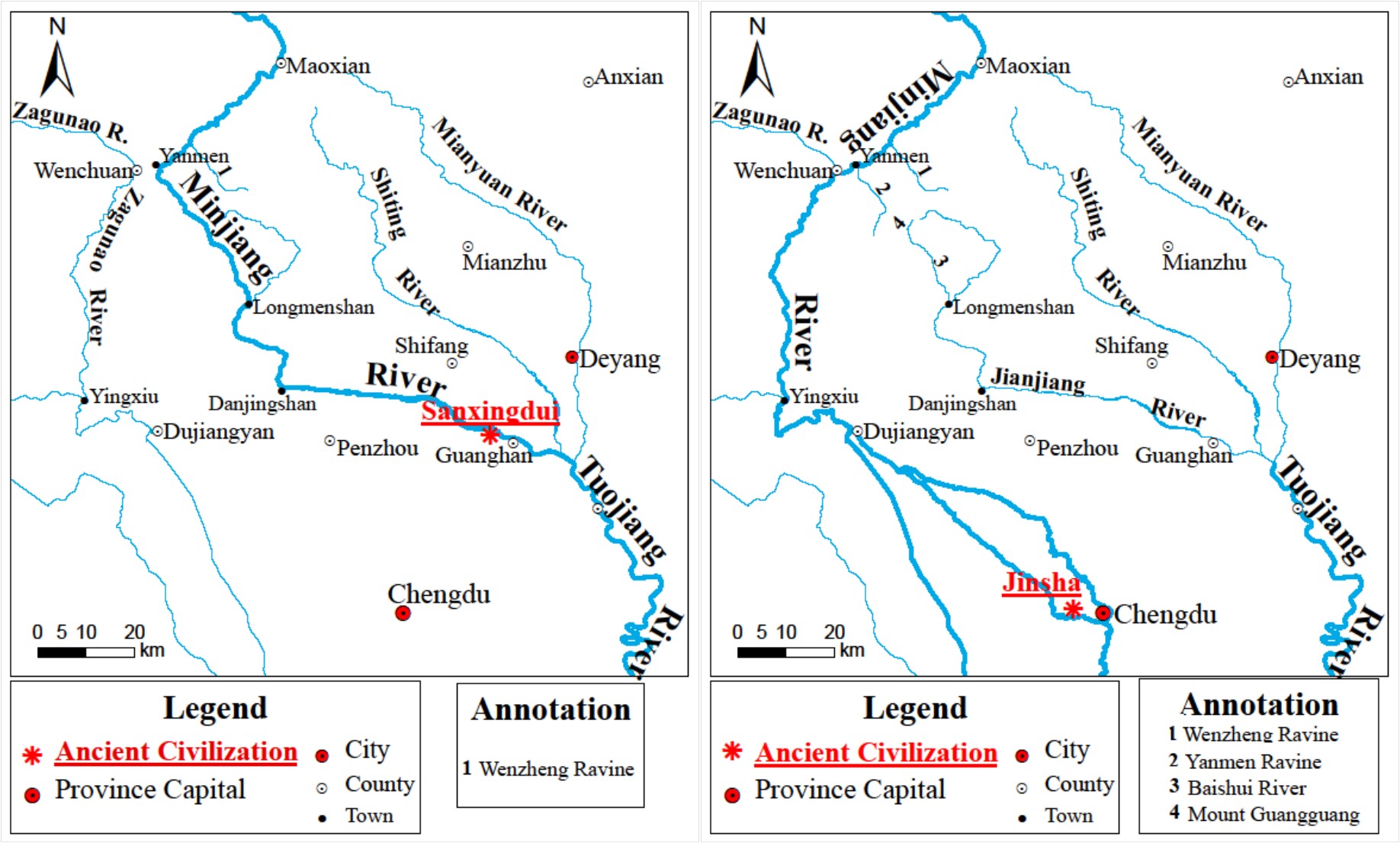