Rising bubbles may significantly affect magma mixing paths as has been demonstrated by analogue experiments in the past. Here, bubble-advection experiments are performed for the first time employing natural materials at magmatic temperatures. Cylinders of basaltic glass were placed below cylinders of rhyolite glass. Upon melting, interstitial air formed bubbles that rose into the rhyolite melt, thereby entraining tails of basaltic liquid. The formation of plume-like filaments of advected basalt within the rhyolite was characterized by microCT and subsequent high-resolution EMP analyses.

Melt entrainment by bubble ascent appears as efficient mechanism to mingle contrasting melt compositions. MicroCT imaging shows bubbles trailing each other and trails of multiple bubbles having converged. Rheological modelling of the filaments yields viscosities of up to 2 orders of magnitude lower than for the surrounding rhyolitic liquid. Such a viscosity contrast implies that subsequent bubbles rising are likely to follow the same pathways that previously ascending bubbles have generated. Filaments formed by multiple bubbles would thus experience episodic replenishment with mafic material. Fundamental implications for the concept of bubble advection in magma mixing are thus a) an acceleration of mixing because of decreased viscous resistance for bubbles inside filaments and b) non-conventional diffusion systematics because of intermittent supply of mafic material (instead of a single pulse) inside a filament.

Inside these filaments, the mafic material was variably hybridised to andesitic through rhyolitic composition. Compositional profiles alone are ambiguous, however, to determine whether single or multiple bubbles were involved during formation of a filament. Statistical analysis, employing concentration variance as measure of homogenisation, demonstrates that also filaments appearing as single-bubble filaments are likely to have experienced multiple bubbles passing through. Whenever bubbles were essential for magma mixing, standard diffusion calculus may thus be inapplicable for constraining timescales. However, data analysis employing concentration variance allows distinguishing conventional single-pulse filaments from multiple bubble ascent advection in natural samples. 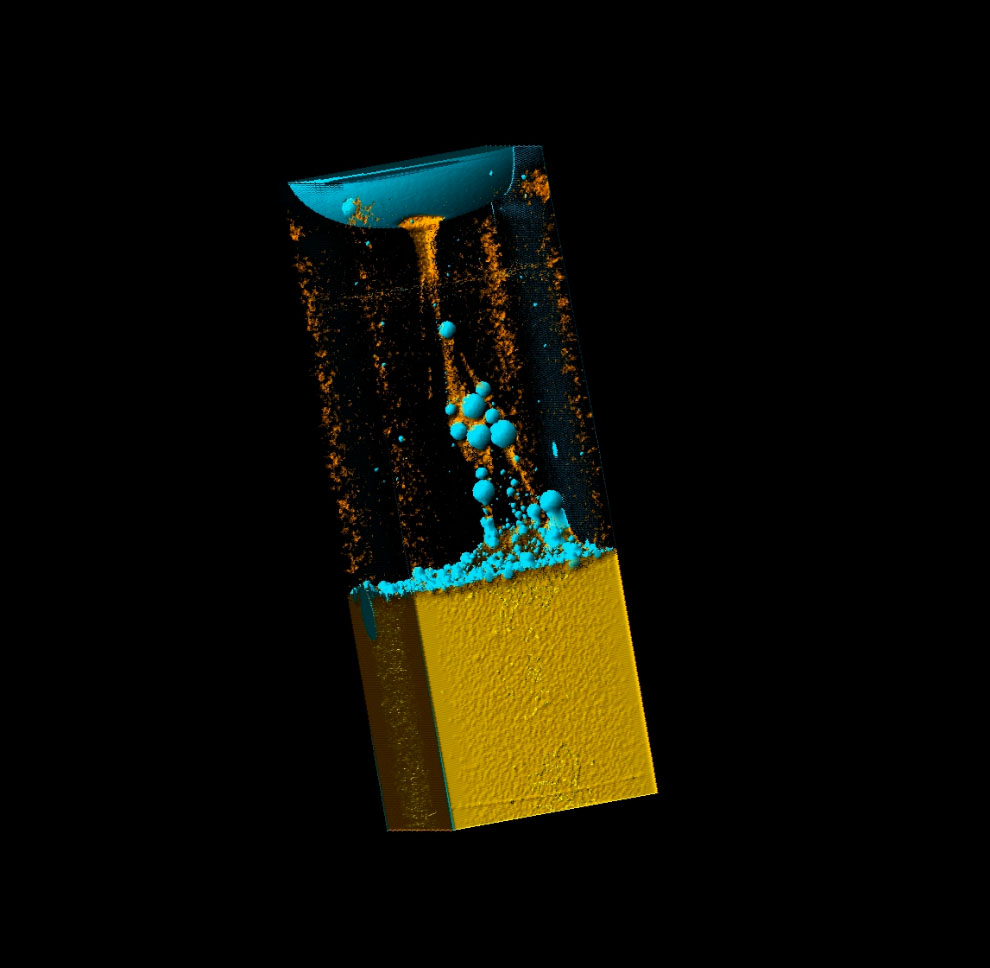