Cratonic flood basalt volcanism is the most puzzling phenomenon compared to all other types of intraplate volcanism. Cratons are thick and cold; the two parameters which suppress melting of either sublithospheric or lithospheric mantle in dry conditions. Fusible eclogites at hot plume geotherm start to melt in sublithospheric depth (~ 230 km), but geochemical arguments require that, in addition to eclogitic component, significant volume of flood basalts are from peridotitic mantle. Dry peridotitic mantle cannot be melted unless the lithospheric thickness reduced to about 60 km. That is why modern plume models incorporate lithospheric delamination and/or initially thinned lithosphere to explain cratonic flood basalts. However, if lithosphere remained thick, which was the case for the Siberian craton by the time of formation of its Devonian (Vilyui) and Permo-Triassic (Siberian) flood basalt provinces, then plume model is unable to explain the flood basalt volcanism. If mantle is wet, the peridotitic solidus lowered such as it can start to melt at sublithospheric depth (for example, 2 wt. % H2O-bearing peridotite starts to melt at ~320 km depth even at a normal mantle geotherm). In this presentation I will show that fluxing of mantle via the deep water cycle process may explain the Siberian craton flood basalts and many other continental flood basalts. According to the deep water cycle model, water is carried to the mantle transition zone by fast subducting slabs (may be in form of solid ice VII), then water is released from the slabs due to warming to the ambient mantle temperature, then localized hydration creates buoyant wet diapirs (or melt-bearing diapirs), the diapirs raise up to the sublithosheric depth were melt accumulates for the following tectonically triggered flood basalt eruptions. 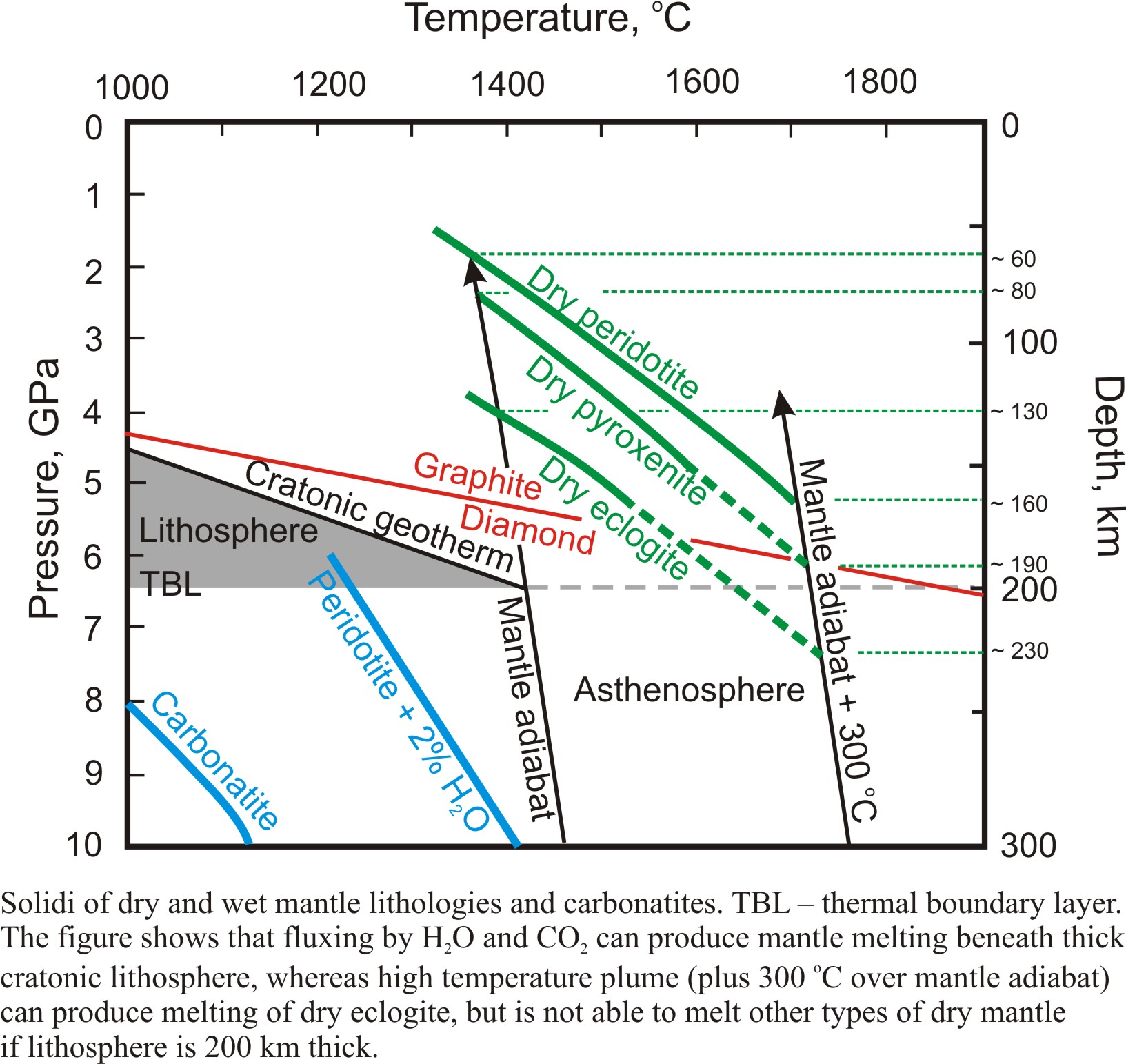