Life arose very rapidly on the surface of the Earth after the conditions on the early planet stabilized. The first visible record of life is now represented by the fossilized signature of microbial communities on the surface of ancient sediments. Even at this early stage, at the onset of ecology, it is clear that the development of biofilms at the sediment-water interface would have affected the response of the surface to erosive force. The close interaction between biology and physical dynamics started early. The stabilization of the sediment will have been important in promoting the development of biogeochemical gradients, and promoting the niche segregation that drives evolution. As these microbial mat systems evolved is likely that their binding capacity changed as form and function developed. The onset of photosynthesis was a step change in this process. Studies on the biodynamics of modern Bahamian stromatolites demonstrated the importance of photosynthesis in promoting the biogenic stabilization of the carbonate (ooid) sediments by microbial assemblages derived from living stromatolites. The present study presents a comparative assessment of this work using new material from living stromatolitic assemblages from Shark Bay, Australia. Samples of stromatolites were taken and the natural microbial assemblages extracted and characterized. Microbial assemblages were incubated on the surface of clean sediment and the relative stabilization of the surface measured using the cohesive strength meter system to determine surface stability against time. Magnetic particle induction was also used to determine the relative adhesive capacity of the surfaces as assemblages developed. The results are presented and examined in contrast to the previous work on the biodynamics of modern Bahamian stromatolitic systems showing significant variation in form and function between the two different stromatolitic assemblages. The reasons for this variation are discussed. 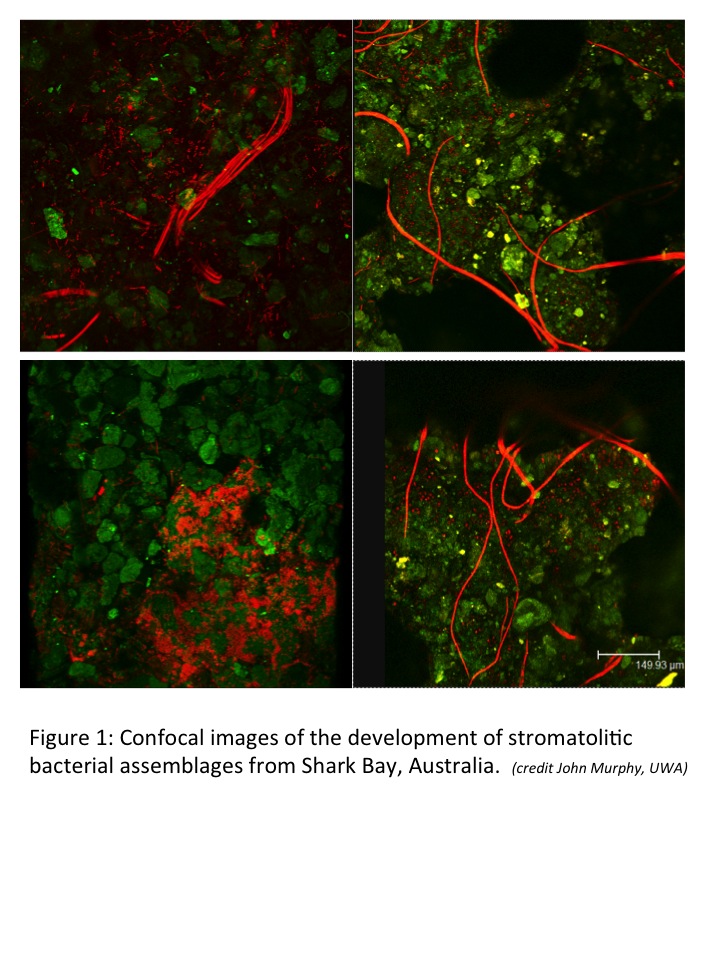