Several gem quality diamond deposits are found in paleo-alluvial deposits across Borneo. The source of the diamonds and their origin are enigmatic. They could have formed in Borneo and be derived from local sources, or they could be related to diamond deposits in NW Australia, and carried with the Southwest Borneo Block after it rifted from Australia in the Late Jurassic.

We collected U-Pb isotopic data from detrital zircons from the Cempaka alluvial diamond deposit in southeast Borneo. Two thirds of the zircons that were dated crystallized between 75 Ma and 110 Ma. The other third are Triassic or older (223 Ma, 314-319 Ma, 353-367 Ma, 402-414 Ma, 474 Ma, 521 Ma, 549 Ma, 1135-1176 Ma, 1535 Ma, 2716 Ma). All of the Cretaceous zircons are angular, euhedral grains with minor evidence of mechanical abrasion. Considering their age and morphology they were likely derived from the nearby Schwaner Granites. The Triassic and older grains are rounded to semi-rounded and were likely derived from Australia before Borneo rifted from Gondwana. Some of the zircons have ages that resemble those of the Merlin and Argyle diamond deposits of Australia.

The diamonds themselves have delicate resorption features and overgrowths that would potentially be destroyed with prolonged transport. Geochemical data collected from the diamonds implies they were associated with lamproite intrusions.

Deep seismic lines and zircons from igneous rocks suggest SE Borneo, the East Java Sea and East Java are largely underlain by thick lithosphere rifted from NW Australia. Based on several lines of evidence, we propose that diamond-bearing lamproites intruded before rifting of SW Borneo from Australia, or after collision with Sundaland of SW Borneo and the East Java-West Sulawesi Blocks during the Cretaceous. Exposure of the source after the Late Cretaceous led to diamond accumulation in river systems that flowed from the Schwaner Mountains. 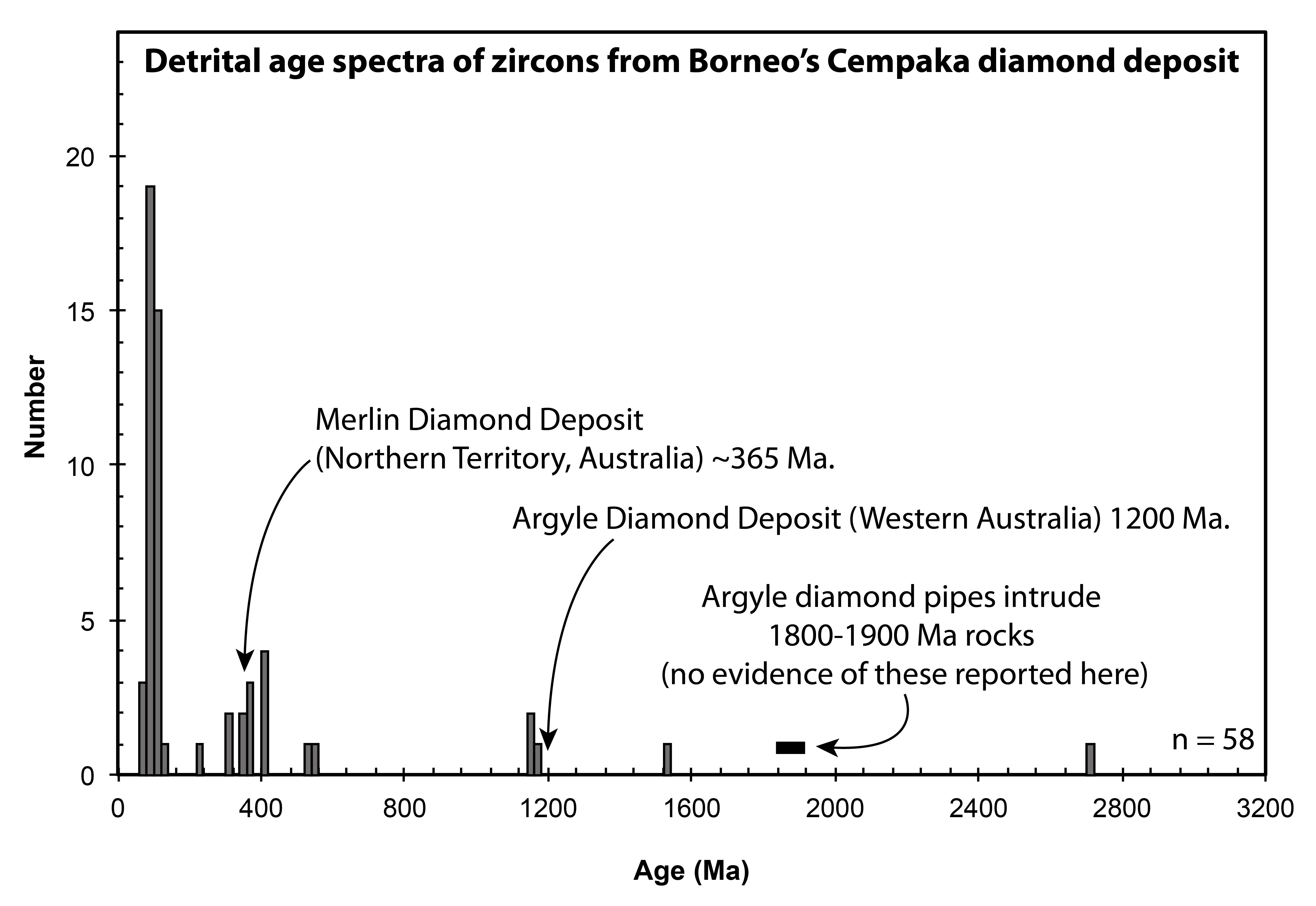