Fluid mixing plays a fundamental role in many natural and engineered processes, including groundwater flows in porous media, enhanced oil recovery, and microfluidic lab-on-a-chip systems[1]. Recent developments have explored the effect of viscosity contrast on mixing, suggesting that the unstable displacement of fluids with different viscosities, or viscous fingering, provides a powerful mechanism to increase fluid--fluid interfacial area and enhance mixing[2]. In this paper, we revisit the problem of subsurface contaminant transport through a heterogeneous aquifer in a quarter five-spot geometry[3] and we focus on the impact of two principal sources of disorder in the flow field: viscosity contrast between the fluids and heterogeneity in the permeability field. We consider a wide range of viscosity ratios of the contaminant and the water, from a less viscous to a more viscous contaminant, flowing through a range of permeability fields, from almost homogeneous to strongly heterogeneous. We ask the following practical question: how does the interplay between viscosity contrast and permeability heterogeneity determine the evolution of macroscopic quantities that characterize the spatial structure and temporal evolution of a contaminant plume? We answer this question by conducting high resolution simulations of contaminant flow and transport in an aquifer, and by analyzing both point measurements of contaminant breakthrough and clean-up times as well as global degree of mixing and dilution of the contaminant plume. 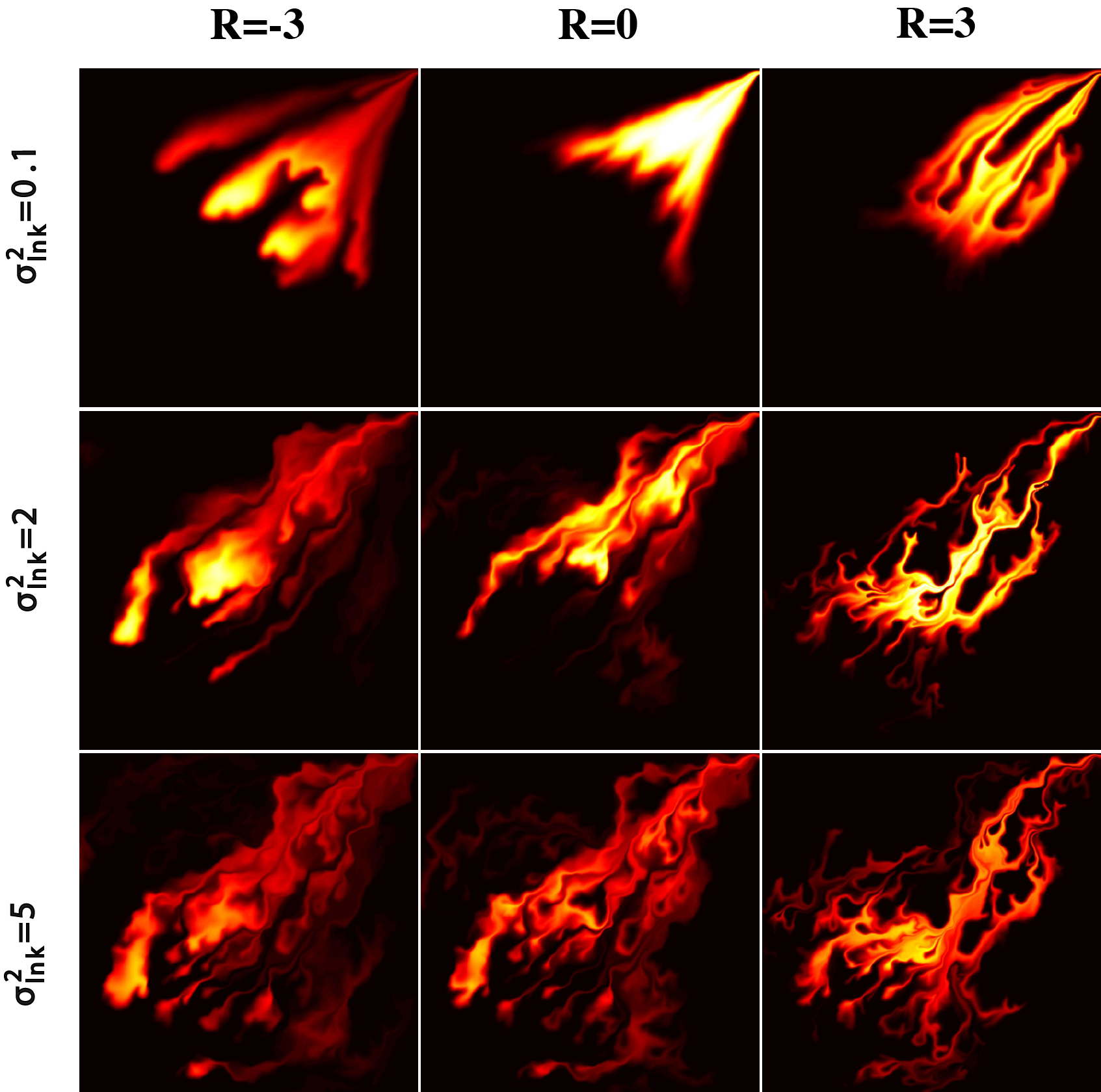