The ~1.16 Ga Ilímaussaq Complex is famous for the strikingly layered kakortokites at the base of the intrusion, which host a world class rare-earth, Zr, Nb and Ta deposit. Within the kakortokites are unlayered fine-grained mesocratic rocks, which have variously been described as lujavrite, unlayered kakortokite and ‘hybrids’. The most recent and commonly accepted hypothesis suggests they formed through slumping of kakortokite mush [1]. None of these hypotheses, however, fully explain all the textural, mineralogical and chemical features of these rocks.

The mineralogy does not match lujavrite or kakortokite, instead phenocrysts of euhedral augite are present and aenigmatite can form up to 35% of the rock; minerals rarer in kakortokite or lujavrite. This mineralogy indicates that these rocks were formed from a more primitive, relatively Ti-rich magma. These data are inconsistent with the unlayered mesocratic rocks forming solely from the kakortokites; instead the contacts typically resemble textures of magma mingling, with the development of vein networks and pillows with crenulated margins (Fig. 1). Thus we prefer the name provided by Ferguson [2] of hybrids to best describe these rocks.

Injection of primitive magmas into the chamber during the formation of the kakortokites indicates the dynamic nature of the Ilímaussaq magma chamber. It could not have simply undergone a single stage-filling event; instead batches of magma of varying composition must have been intruded during its history. The hybrids represent one of these batches of magma after undergoing AFC processes. 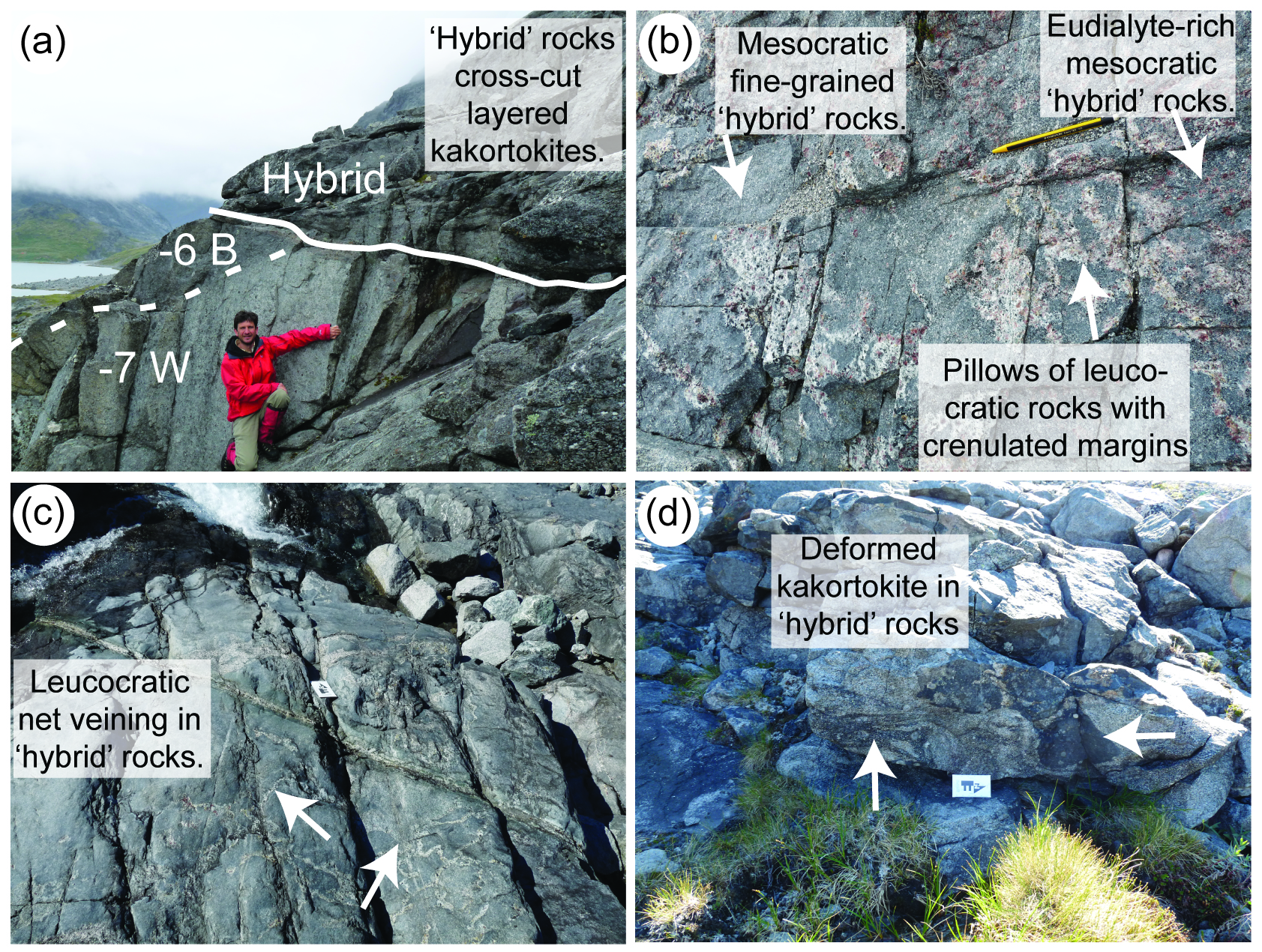