Understanding and simulation of weather scale processes is required to understand extremes in the rapidly changing climate. The resolution required to include meso-scale features, is still out of the reach of climate model resolution, and this project attempts to include the important meso-scale features. WISER (Weather climate change Impact Study at Extreme Resolution) is a regional climate study to use a numerical weather model (WRF), in a channel formulation (+/- 68 degrees latitude) at a resolution of 20 km at the equator reducing to 9 km at the Northern and Southern boundaries. The inner domain nested regional model at a resolution of 3-4 km over Western Europe aims at resolving the larger convective scale precipitation events statistically. (see figure for geometrical domain set up).

The outer domain is driven by ERA interim climate reanalysis global fields for recent decades 1989-2001; the nested inner domain d02 is driven by the outer domain. The inner model climatological statistics are compared with observations and with those from the outer domain, with particular reference for the statistical convective precipitation extremes. The extremes of the pdfs are shown to be better represented by the increase in resolution and suggest that this could be a tool useful in examining the likely extremes in future climates. The data also provides an assessment of the uncertainty in the precipitation extremes and an alternative approach to ownscaling.

The overall aim is to examine statistical changes in
(a) general precipitation over western Europe and the UK,
(b) in quantity and frequency of severe and hazardous convective rainfall events.

The future work-plan is
(i) to complete simulations for the decade 1989-2000 driven by ERA-Interim reanalysis data
(ii) to complete simulations for the same decade with boundary CESM/CAM climate model data to compute offset and bias corrections
(iii) to complete climate scenarios for decadal periods, 2020-2030 initially and later 2050-2060.
(iv) to use the precipitation data as an input to the European Flood Awareness System (EFAS), provided by the Joint Research Centre, to compare the
the effects of the extremes in precipitation on the Flood Forecasting. 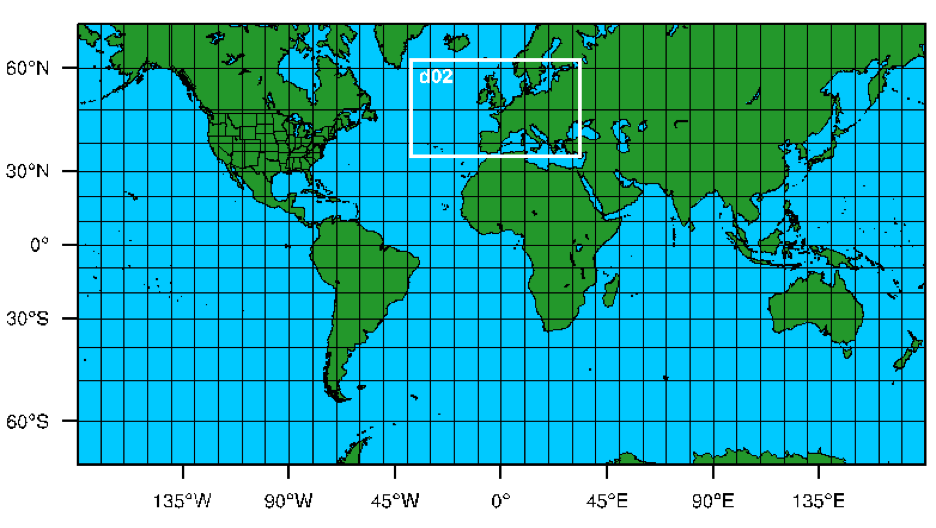