A foraminiferal study was conducted with the aim of detecting contrasts within an apparently massive 20 cm thick tsunami sand layer sandwiched in estuarine mud, associated with the AD1755 event, in Alcantarilha lowland (Algarve, Portugal).

A - base of the deposit - dominance of a marine assemblage, the acme in broken tests content, highest S/H(s) and lowest NF/cm3;

B - a significant rise of estuarine group, as well as a drop of broken tests and S/H(s);

In the overlying unit it was observed: a drop in the marine group and slight increase in estuarine species and S/H(s); sharp rise in NF/cm3, marginal marine group and juveniles; the proportion of broken tests drops to a minimum.

Marginal-marine species dominate both the mud capping the deposit and the underlying unit.

The vertical variation in broken tests correlates with the marine taxa (R=0.97) throughout the deposit.

The zones were interpreted as the signal of multiple run-in and backwash during one event. A might represent the first incoming wave, carrying marine and diverse broken faunas eroded from the inner shelf; B might reflect tsunami reworking of the middle estuary, the backwash adding brackish species to the assemblage; C suggest another run-in episode, adding new marine species to a mixed assemblage.

These preliminary results stress the potential of foraminifera as a proxy in studies of inundation vs backwash tsunami sedimentation in coastal lowlands. 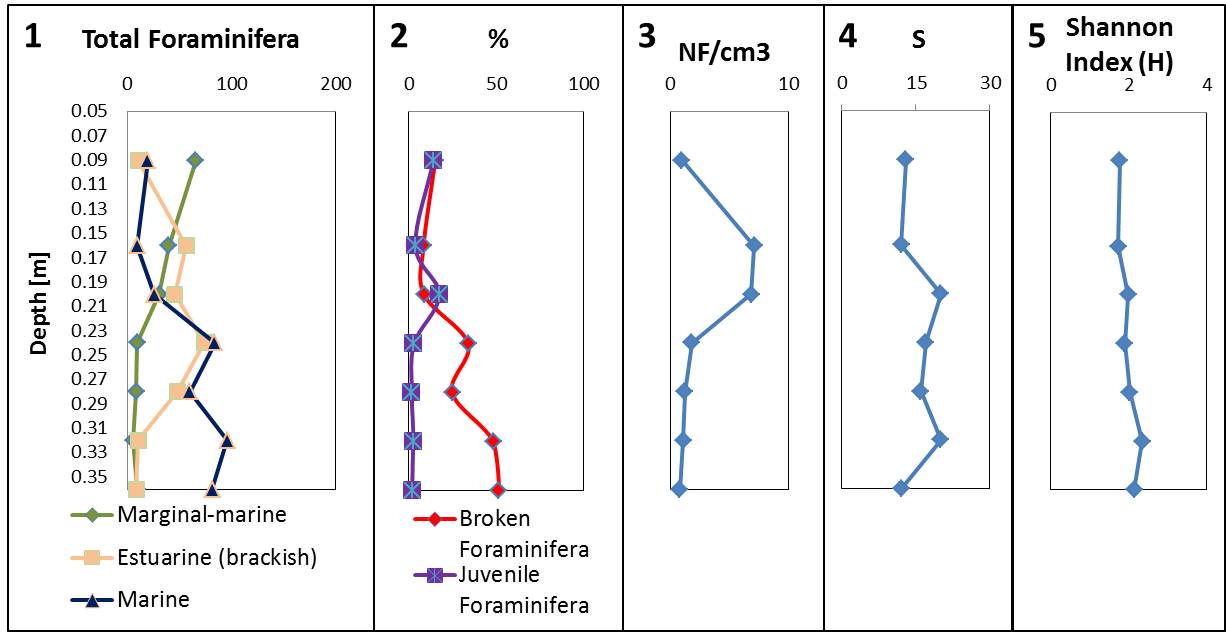