EP51D-3559:
Insight on the Peruvian Amazon River: A Planform Metric Characterization of its Morphodynamics

Starting in Peru, the Amazon River flows through Colombia and Brazil; additionally, tributaries from Bolivia, Venezuela, and Ecuador contribute to the massive river and its unique geomorphic features. Accordingly, the Amazon Basin has become an important aspect of South America; it is an area of extraordinary biodiversity, rich resources, and unique cultures. However, due to the sheer magnitude and exceptionality of the Amazon River, research regarding the morphodynamic processes that shape and define the river has been difficult. Consequently, current research has not completely understood the planform dynamics of some portions of this river that present a main channel and secondary channels known as “anabranching structures”.

The purpose of this research was to gain an understanding of the geomorphology of the upper Amazon, the Peruvian section, by obtaining migration rates and planform metrics, including channel count, length, width, and sinuosity, as well as island count, area, and shape. With this data, the morphodynamics of the Peruvian Amazon, especially the relationship between the main channel and its secondary channels in each “anabranching structure” along the river, could be analyzed according to correlations found between various metrics. This analysis was carried out for 5-year time spans over a period of 25 years. Preliminary results showed that the average migration rate versus channel bend radius envelope peak is lower for the secondary channels than for the main channel. However, the maximum migration rate was not always found in the main channel; for several structures, the most dynamic channels were the secondary ones. This implies a certain periodicity to the river’s migratory patterns that could be related to the valley boundaries, the local channel sinuosity or geological formations in the study area. 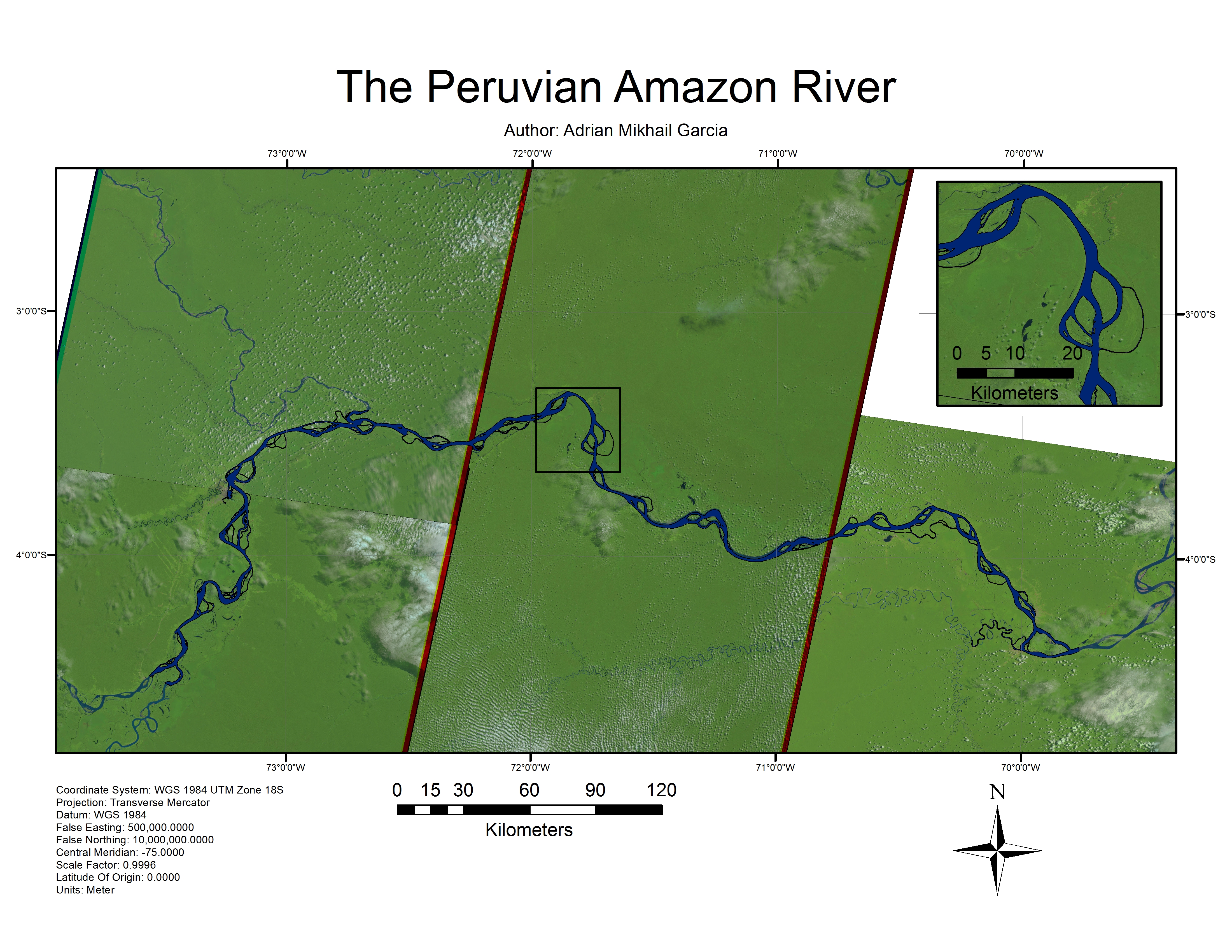