The El Arraiche area is situated in the southern part of the Gulf of Cádiz, roughly between 35° and 35°45’ north and 6°30’ and 7°15’ west. This area contains mud volcanoes, cold-water coral (CWC) mounds, contourite drifts and tectonic ridges (Fig. 1). CWC mounds are present both on top and at the foot of the Pen Duick Escarpment (Van Rooij et al., 2011; Vandorpe et al., 2014), but recent multibeam and seismic data indicate the ubiquitous presence of small mounds both buried and on the seafloor (Fig.1). Information regarding the environmental conditions in which these ecosystems thrived can be derived from the nearby contourite systems, as they contain an oceanographic as well as a climatic imprint. In this area, all of the topographic features interfere with the contourite deposits. The Quaternary Pen Duick drift for example displays pinch-out due to the uplifting Pen Duick Escarpment (Fig. 1), a Christmas-tree structure due to the outflow of mud from the nearby Gemini Mud Volcano and CWC mounds are present in certain parts of the moat (Vandorpe et al., 2014). Increased bottom currents are observed at the foot of the Pen Duick Escarpment, Renard ridge and Vernadsky ridge (up to 10 cm/s). As mounded drift deposits start occurring after the Mid-Pleistocene Revolution in the Pen Duick drift, enhanced bottom currents may be present from then onwards. The presence of (modified) Antarctic Intermediate Water (AAIW) is inferred (Vandorpe et al. (2014) and references therein) and likely contributes to the formation of the Pen Duick drift, while Mediterranean Outflow Water is only present at greater water depths (from 900 meter onwards). The formation of the other drift systems is the subject of ongoing research. 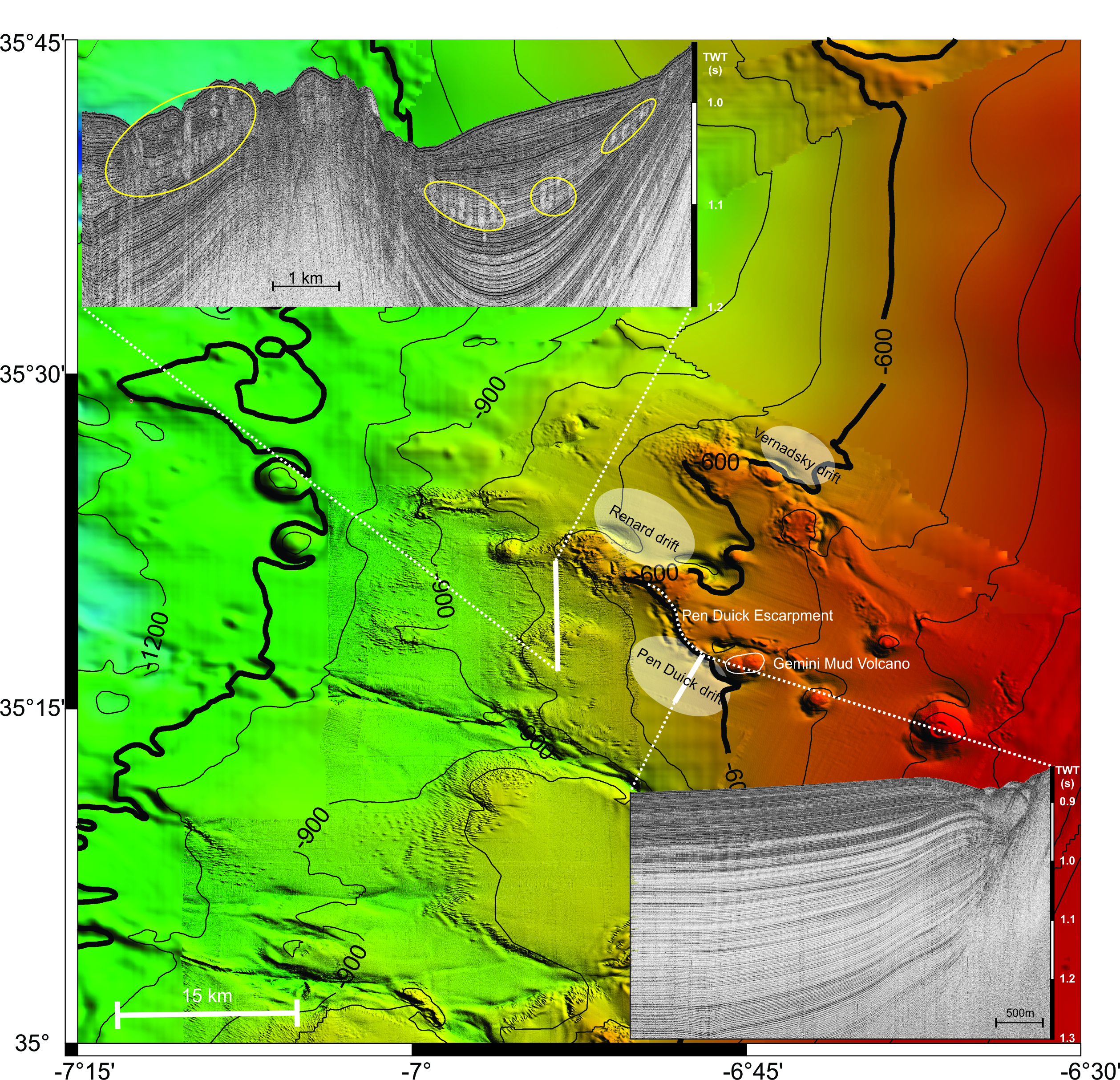