Seasonal to decadal variability of heat and fresh water content, strength and depth of winter convection, and water mass characteristics in the Labrador Sea are analysed using shipboard, profiling float and moored measurements.

Episodes of strong basin-wide near-surface freshening occurred in 2008-2009 and 2011-2012, starting off the Greenland coast, and then progressing into the western and central Labrador Sea. Possible causes of these salinity decreases include accelerated reductions in the Greenland and Arctic ice covers which increased the amount of melt water transported by the boundary current and diffused into the Sea’s interior by lateral exchanges. The surface freshening observed in the Labrador Sea in 2012 is in agreement with the extreme Greenland ice sheet melt in the same year.

Despite the Labrador Sea’s recent warming and freshening, it continues to show signs of notable winter convection that reaches 1500 m and possibly even deeper. The two winters of the past decade and a half in which the Labrador Sea overturned to 1600 m were 2008 and 2014. Comparison of the heat losses to the atmosphere with internal ocean heat content changes for individual cooling seasons demonstrates a good agreement, suggesting that fall and winter atmospheric forcing was the primary factor in the variability of the depth and strength of convection in recent years.

Downstream hydrographic variability in the Deep Western Boundary Current over the Scotian Slope and Rise is described from surveys and moored measurements during the past decade (in conjunction with the UK RAPID Climate Change program). Some anomalous water mass properties can be traced back to the Labrador Sea, but there are indications of multiple and complex pathways. 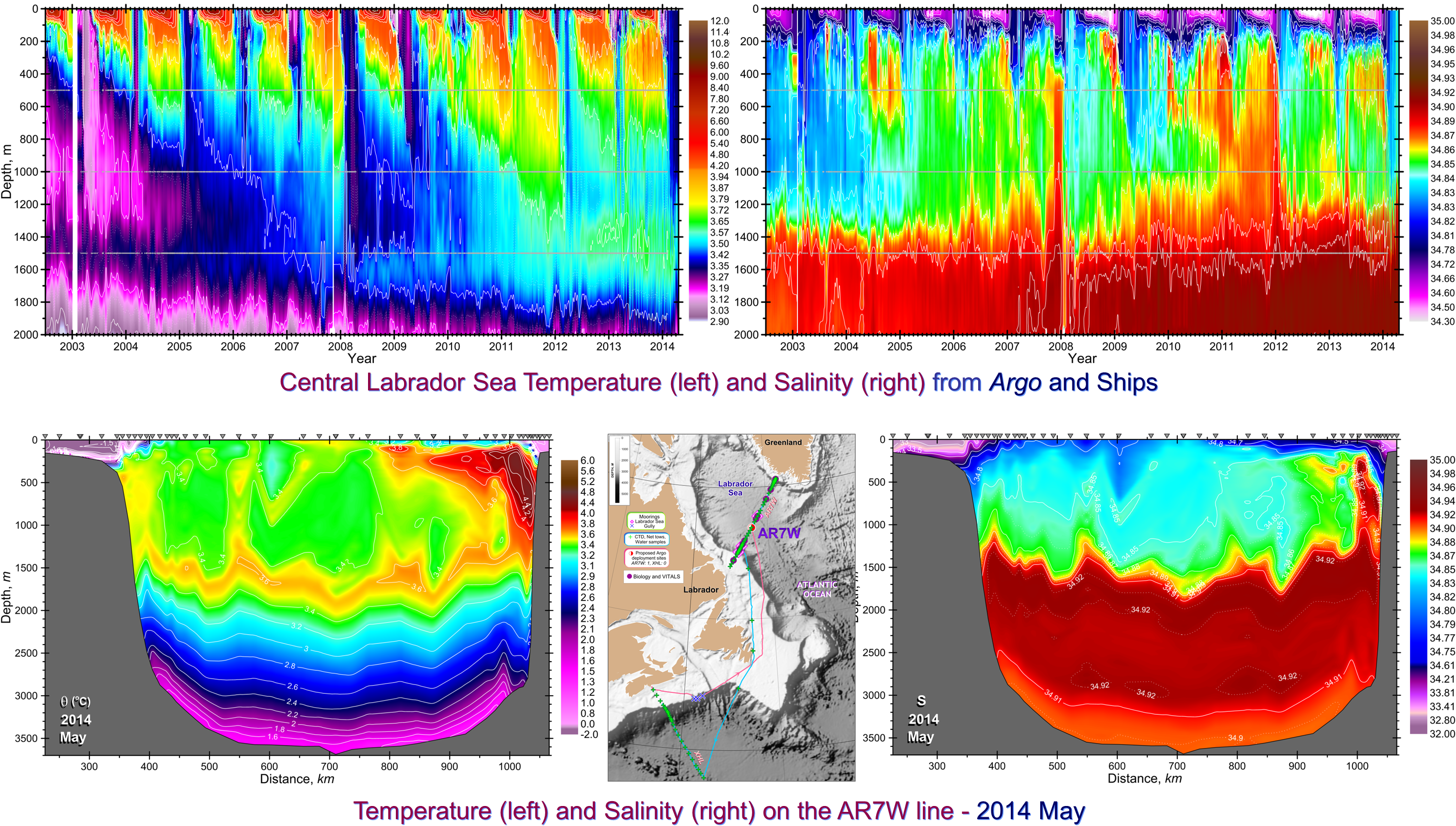