In 2004 NGDC had rediscovered a previously lost collection of airphotos produced by Coast and Geodetic Survey (later NOAA-NOS National Geodetic Survey) dated from late 1920s to 1960s. The collection focuses on U.S. coastline and the primary goal of these photos was to provide reference for coastal map construction. There are approximately 200,000 frames of film and print taken by multiple instruments. The majority of the photographs were taken by multilens cameras which captures nadir and oblique imageries to cover a larger area hence reduce the number of flightlines required. This huge collection not only shows the change of U.S coast over decades but also gracefully demonstrates how the technique of photogrammetry evolved. It is regarded as the premier record of land cover and coastal features for the era prior to the advent of satellite remote sensing. The collection was stored for many years at the Federal Records Center in Takoma Park, Maryland. After aging past the retention date, the FRC was ready to dispose the collection. NGDC volunteered to pay for the shipping and the collection was transferred to NGDC in 2004. In 2009-11 approximately 10% of the collection was digitally scanned by NOAA's Climate Data Modernization Program. NGDC has organized the scanned photos based on flight lines and has built a web access system. The unscanned portion of the collection is in storage with the Federal Record Center in Denver, Colorado. 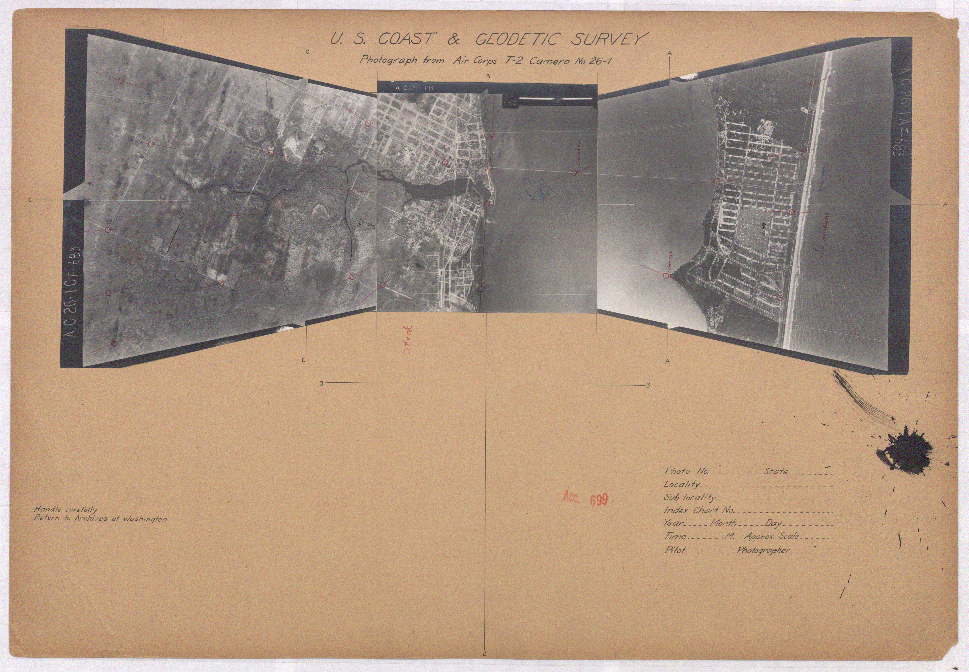