The present study investigates the structural failure conditions of uniformly rotating bifurcated asteroids with cohesion due to a static spin-up. We apply a newly derived technique (Hirabayashi and Scheeres, submitted) that probes the failure state of an asteroid. The technique determines an upper bound condition for structural failure of a slice normal to the minimum moment of inertia axis. The detailed study of these failure modes for cohesive, rotating rubble pile asteroid is motivated by recent observations of 'active asteroids,' bodies which are seemingly disintegrating and fissioning due to their rapid spin rates (Jewitt et al. 2013, 2014; Hirabayashi et al. 2014).

Figure 1 shows the shape of 4486 Mithra. We compare 3 slices, slices 1 and 3 including the knobs and slice 2 being the neck (Fig. 1), to determine a more precise condition for structural failure. Figures 2 and 3 describe the limit of friction angle with cohesion of 0 Pa and 500 Pa, respectively. The narrow solid, dashed, and dotted lines give the limits of slices 1, 2, and 3, respectively. The bold solid lines indicate the limit of the total volume, i.e., the whole volume reaching the failure point, and that of the partial volume, i.e., the most sensitive condition among the slices. The shadowed areas show the structurally stable regions.

Our study reveals that there exits a diversity of possible structural failure modes of Mithra as its geophysical properties. This implies that if a detailed pre and post failure model of an asteroid can be determined, this could give strong constraints on its internal structure. In the presentation, we will also consider (25143) Itokawa, (4769) Castalia, and (8567) 1996 HW1. 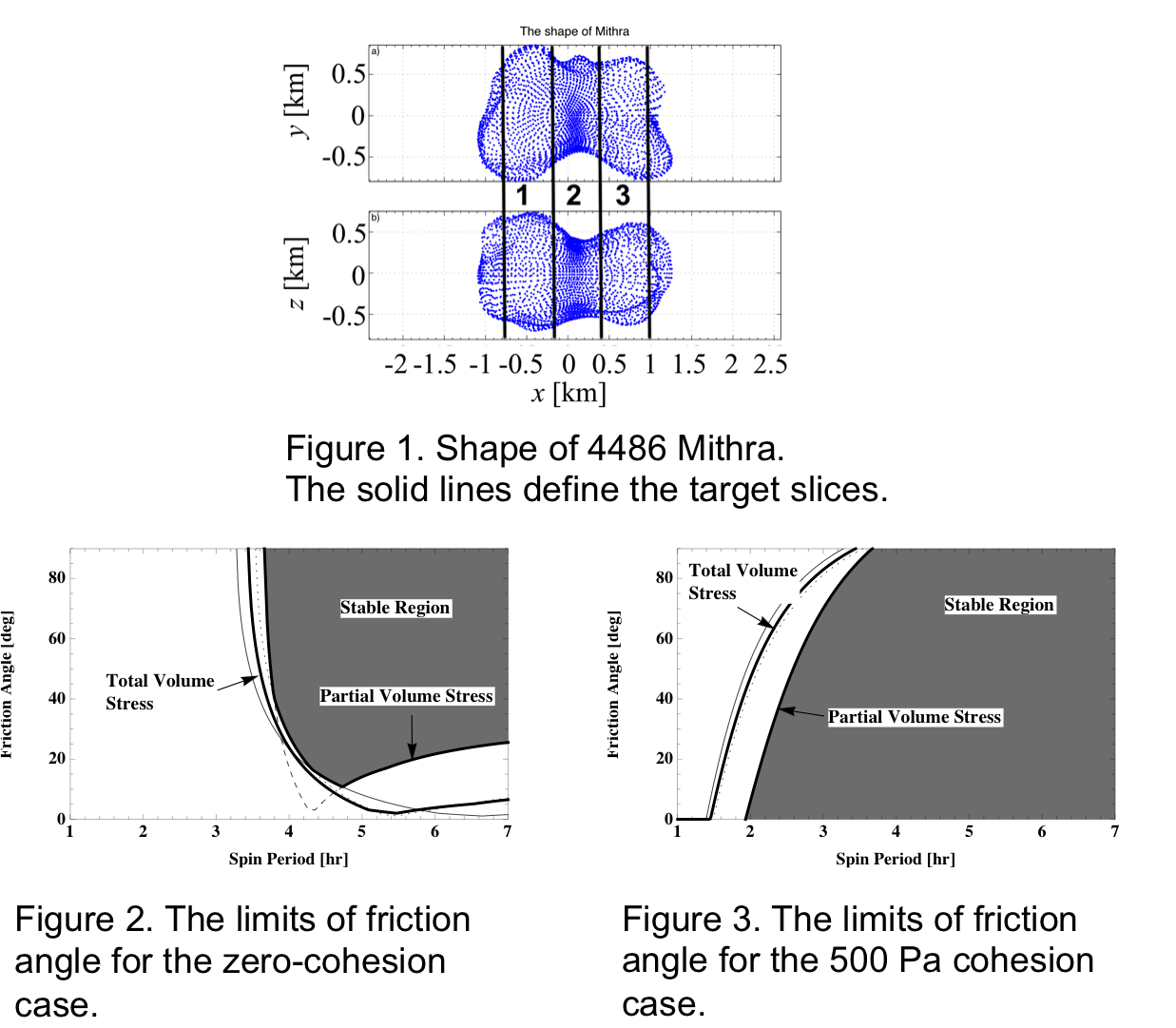