Here we describe the recent occurrence of a notch or localized region of reduced ice cover in the winter marginal ice zone offshore of the Kangerdlugssuaq Fiord, the site of the largest tidewater glacier along Greenland’s southeast coast. We will argue that the development of this notch is the result of the topographically controlled inflow of warm subtropical water, that began in the mid 1990s, along the submarine trough that connects the fiord to the deep ocean. We will also show that there is considerable inter-annual variability on the 2-8 year time scale in sea ice cover in the vicinity of the notch, This variability is associated with a seesaw in surface temperature between southeast and northeast Greenland suggesting that it may play a role in modulating the regional climate potentially affecting the ice sheet’s outlet glaciers. The dominant atmospheric signal associated with this variability is a dipole in the sea-level pressure across the Nordic Seas with poles associated with the Icelandic and Lofoten Lows. The strength of this dipole is independent of the state of the NAO suggesting that one needs to consider the variability identified in this paper as well that of the NAO when attempting to understand the atmosphere’s role in ocean-fiord interactions along the southeast coast of Greenland. 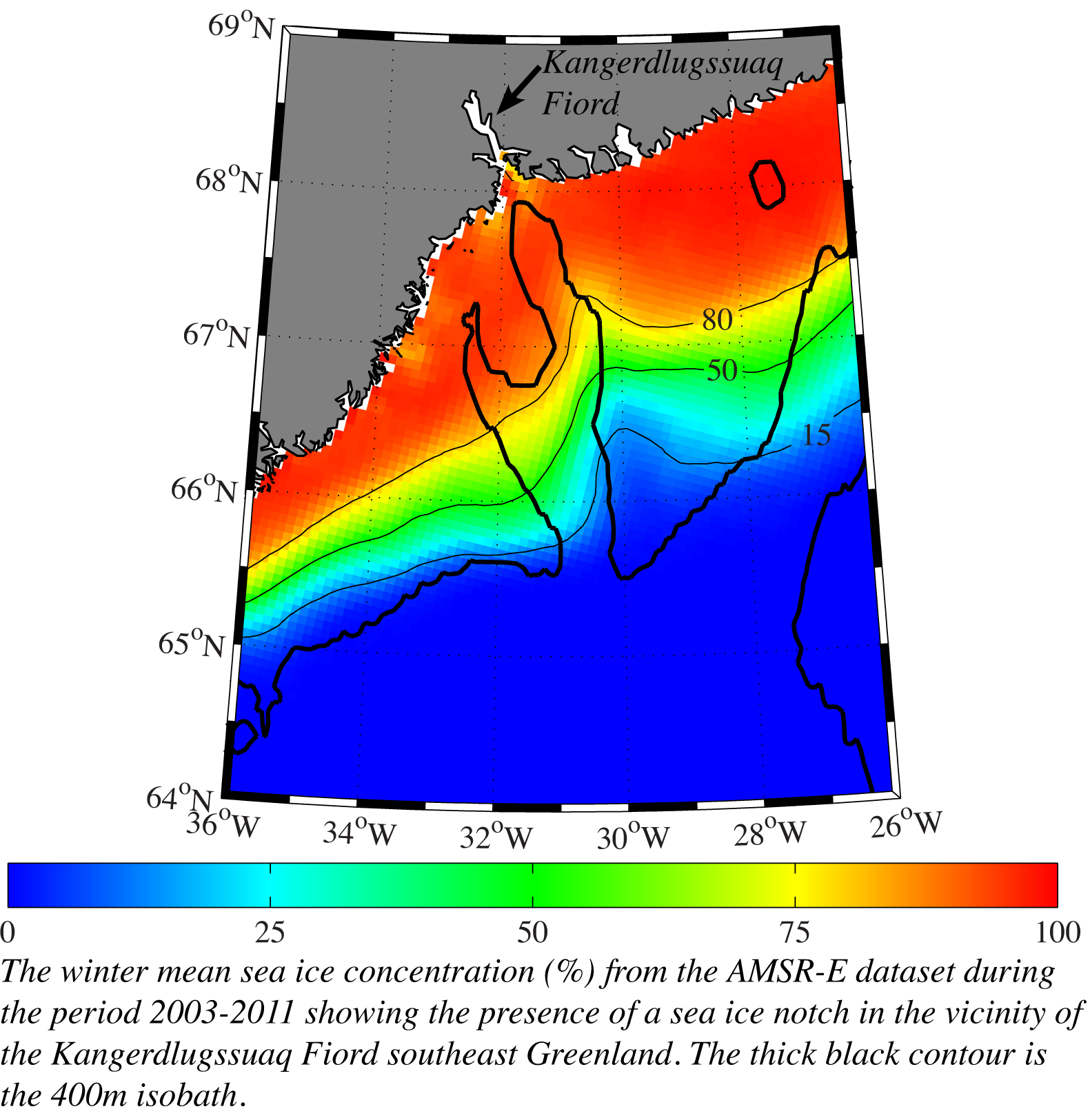