The Chesapeake Bay Total Maximum Daily Load (TMDL) requires the reduction of nitrogen, phosphorus, and sediment loads in the Chesapeake watershed because of the tidal water quality impairments and the damage to living resources they cause. Within the Chesapeake watershed the Conowingo Reservoir has been filling in with sediment for almost a century, and is now in a state of near-full capacity called dynamic equilibrium. The development of the Chesapeake TMDL in 2010 was with the hydrology of a 1991-2000 simulation period, and carried with this simulation period the implicit model calibration assumption, based on the 1991-2000 nutrient and sediment observations, of a Conowingo Reservoir that was still effectively trapping sediment. In a TMDL, pollutant loads beyond the TMDL allocation, which are brought about by growth or other conditions, must be offset. Using the analysis tools of the Chesapeake TMDL for assessing the degree of attainment of living resource based water quality standards, the estimated nutrient and sediment loads from a simulated infill of the Conowingo Reservoir was determined. The influence on Chesapeake water quality by a large storm and scour event of January 1996 on the Susquehanna was estimated and the same storm and scour events were also evaluated in the more critical living resource periods of June and October. An analysis was also made on the estimated influence of more moderate but frequent high flow events. The infill of the Conowingo reservoir had estimated impairments of water quality at both the simulated high flow scour events and at the more frequent moderate storm flows. The estimated impairment was primarily on the deep water and deep channel dissolved oxygen because of increased scour and transport of dissolved particulate organic nutrients under conditions of Conowingo infill. Figure 1 describes the linked models used to assess the impact of Conowingo Reservoir infill on Chesapeake hypoxia. 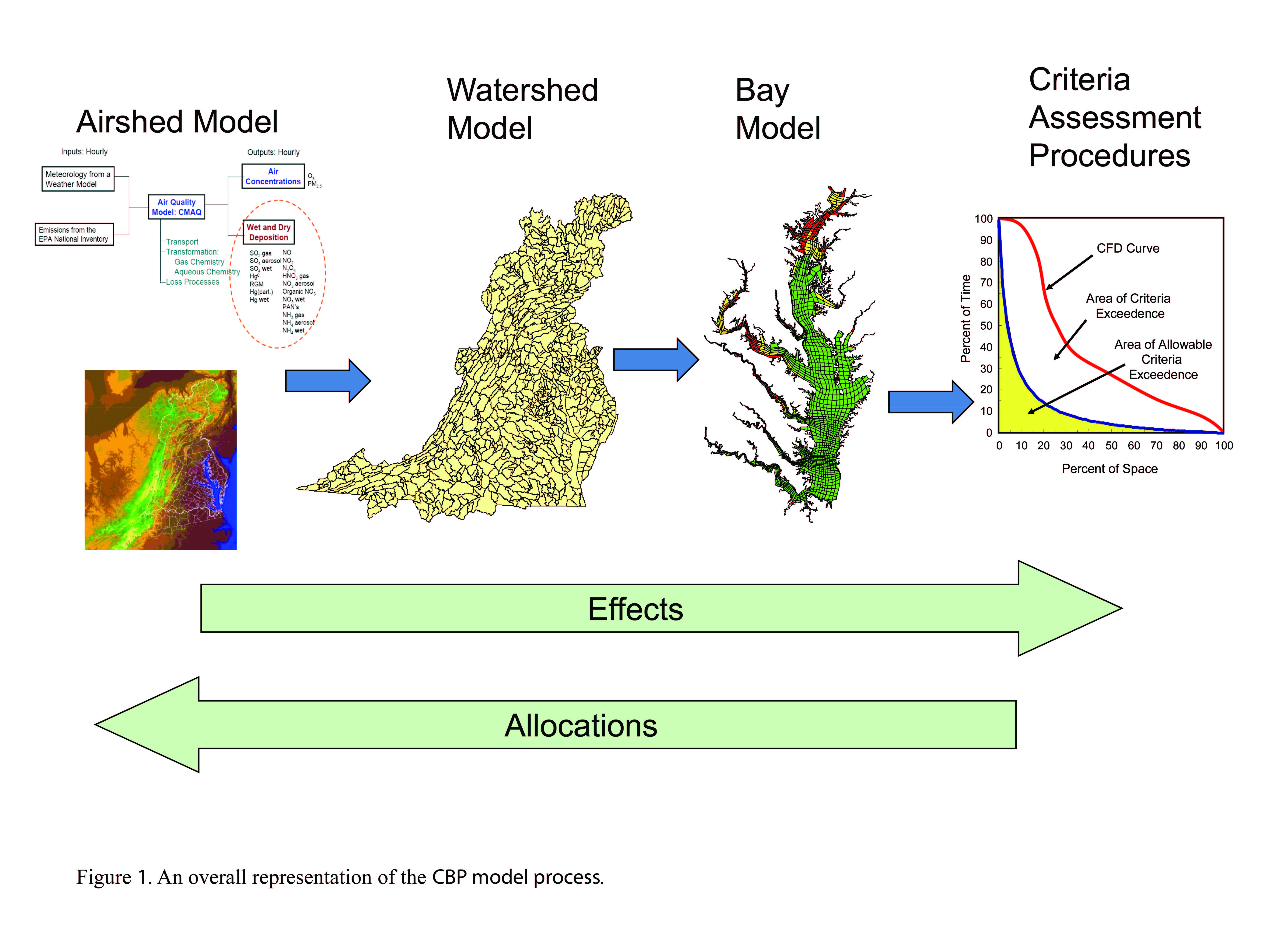