We present a spatially and temporally explicit analysis of burned area and fire carbon emissions in Alaska using a time series with ~500 m spatial resolution and daily temporal resolution between 2001 and 2012. Daily burned area was mapped using perimeter data from the Alaskan Large Fire Database, and imagery from MODIS. 33 % of the area within perimeters was mapped as unburned by differenced Normalized Burn Ratio (dNBR) screening. We built a non-linear multiplicative model to predict carbon consumption as a response of different environmental variables based on relationships with field data. The environmental variables included in the model were elevation, time of burning, tree cover and dNBR. The interaction between elevation and time of burning was crucial in modelling belowground consumption. Higher consumption estimates occurred later in the season and at intermediate elevations. Additional explanatory power and better representation of the spatial heterogeneity was achieved by including tree cover and dNBR. We found a clear relationship between dNBR and depth of burn from field measurements. The relationships between belowground consumption, and dNBR and tree cover, suggest a direct relationship between the amount of consumption of below- and aboveground biomass, with the highest consumption occurring at plots with dense black spruce cover. In our spatio-temporal domain, we found an overall median consumption of 2.26 kg C m-2, which included significant amounts of burning in cover types other than black spruce, and 2.71 kg C m-2 when only pure black spruce pixels were considered. These values were lower than the median value observed in the field data and suggest that available field data is biased toward high consumption. Our analysis stresses the importance of accounting for the spatial heterogeneity within fuels and consumption when extrapolating emissions in space and time. Data on daily burned area and emissions could be of further use for assessing fire impacts on atmospheric trace gas composition and in characterizing environmental controls on fire growth. Emission estimates of the 2013 fire season were input into an aerosol transport model and modeled CO2 concentrations were compared with measurements from NASA’s CARVE mission during fire-affected days. 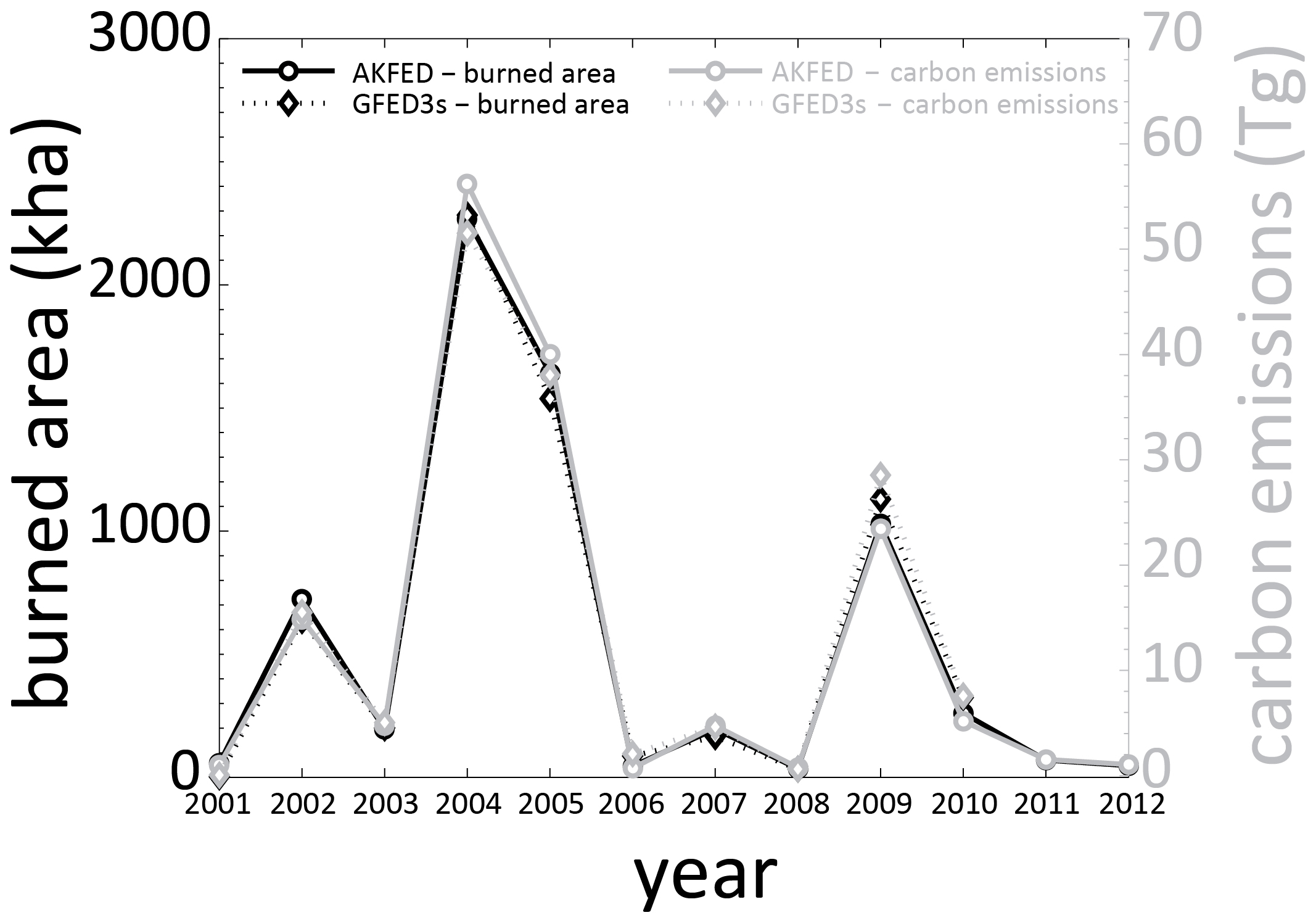