It is possible to manipulate the chemical and physical properties of pyrogenic organic matter (‘black carbon’ or ‘biochar’) during its production and tailor its composition for intended environmental management applications. In this study biochars made from grass (Tripsacum floridanum), oak (Quercus lobata), and pine (Pinus taeda) at 250 ºC in air and 400 and 650 ºC under N2 were characterized by solid state 13C-NMR spectroscopy and desorption atmospheric pressure photoionization mass spectrometry. Among the biochars produced, those originating from pine showed distinct characteristics, with greater amounts of oxygenated aromatic clusters after low temperature combustion and more condensed aromatic clusters after higher temperature pyrolysis. Although a mixture of small and large aromatic clusters occurred across the temperature profile, cluster size increased and functionality decreased with increasing combustion temperature (Figure 1). At medium and high temperatures, aromatic clusters of up to 60- carbon aromatic rings inter-connected with small chains dominated the biochars examined. These structures are intermediate in size between the linearly condensed structures and the predominantly condensed aromatic clusters proposed in earlier studies. Field aging of the pure biochars for 15 months decreased the total acid functional group content as determined by Boehm titration, but solid-state 13C-NMR analyses suggested the creation and transformation of a range of functional groups via leaching, oxidation, and addition of microbially-produced organic matter. Similar trends were observed when the biochars were mixed with soils, suggesting that the same biochar aging processes occurred in the soil environment. These findings demonstrate that biochar transformations occur over time through a multitude of processes that are both biochar and soil type-dependent. 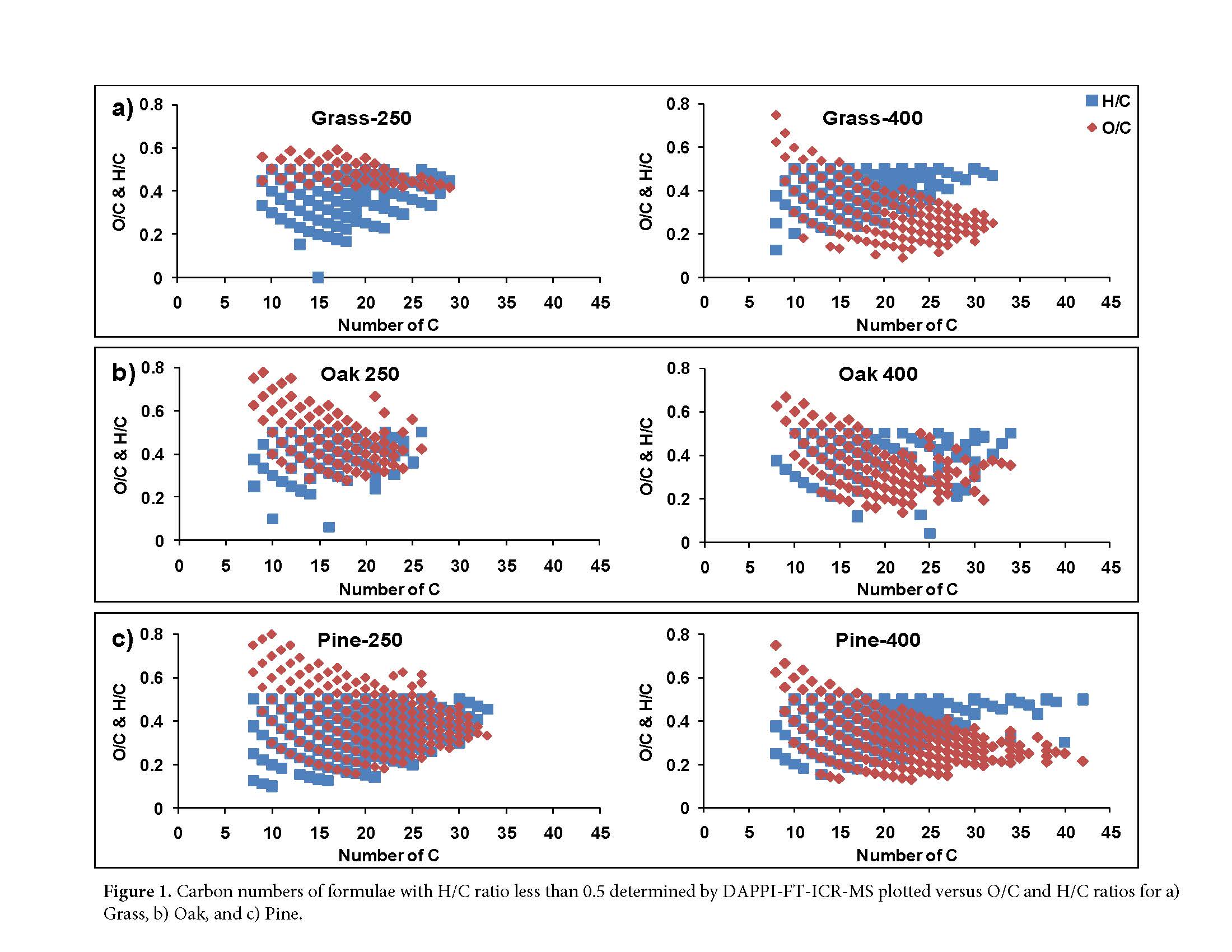