This paper provides the first quantitative synthesis of the rapidly growing literature on future tropical and extratropical cyclone losses under climate change. We estimate a probability distribution for the predicted impact of changes in global surface air temperatures on future storm damages, using an ensemble of 296 estimates of the temperature-damage relationship from twenty studies. Our analysis produces three main empirical results. First, we find strong but not conclusive support for the hypothesis that climate change will cause damages from tropical cyclones and wind storms to increase, with most models (84 and 92 percent, respectively) predicting higher future storm damages due to climate change. Second, there is substantial variation in projected changes in losses across regions. Potential changes in damages are greatest in the North Atlantic basin, where the multi-model average predicts that a 2.5°C increase in global surface air temperature would cause hurricane damages to increase by 62 percent. The ensemble predictions for Western North Pacific tropical cyclones and European wind storms (extratropical cyclones) are approximately one third of that magnitude. Finally, our analysis shows that existing models of storm damages under climate change generate a wide range of predictions, ranging from moderate decreases to very large increases in losses. 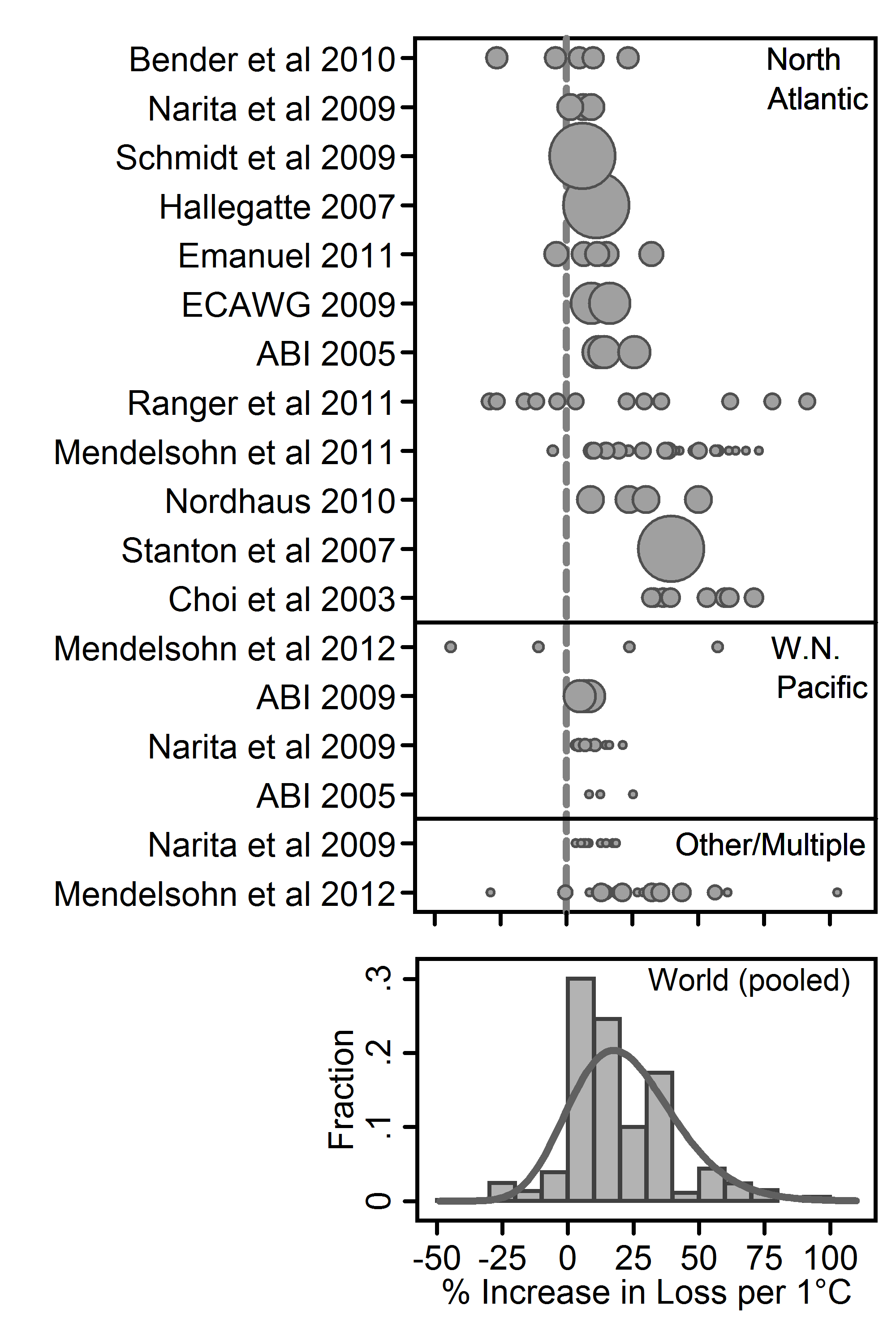