A23L-3413:
Reanalysis Study of the North American Monsoon and its Effect on Convective Injection of Water Vapor from the Troposphere to the Stratosphere

The presence of elevated stratospheric water vapor concentrations poses significant consequences for stratospheric ozone. With high concentrations of water vapor at low temperatures, inorganic chlorine can enter a heterogeneous chemical regime in which it becomes processed into the chlorine radical. The chlorine radical drives the catalytic destruction of ozone in the stratosphere. Historically the intersection of low temperatures and high water vapor concentrations has been isolated to the polar vortexes. However, convection over the mid-latitude United States has been observed in isotopic data to inject water vapor from the troposphere into the stratosphere (Hanisco et al. 2007). The consequent elevated levels of stratospheric water vapor may lead to catalytic destruction of stratospheric ozone in the mid-latitudes thereupon resulting in increased UV exposure at the Earth’s surface and increased risk to public health (Anderson et al. 2012). It is therefore critical to identify the climatology of the stratosphere that may exacerbate or mitigate the elevated water vapor conditions. Specifically we investigate the North American monsoon and its effect on perpetuating conditions of high water vapor concentrations. An analysis of relative vorticity from the ERA-interim and MERRA reanalyses over the United States from 2000 to 2013 reveal the consistent formation of the monsoon during the months of July and August and frequently June. An examination of circulation during the same time period allows us to estimate the monsoon’s stability. Furthermore, using potential vorticity as a tracer we see further evidence of the monsoon’s effect on keeping moist air masses over the United States. Finally, the analyzed dynamics of the North American Monsoon may explain the fact that NEXRAD observations of convective injection of water occur most strongly in the Spring months while the EOS MLS instrument detects the majority of high water vapor observations during the Summer months. 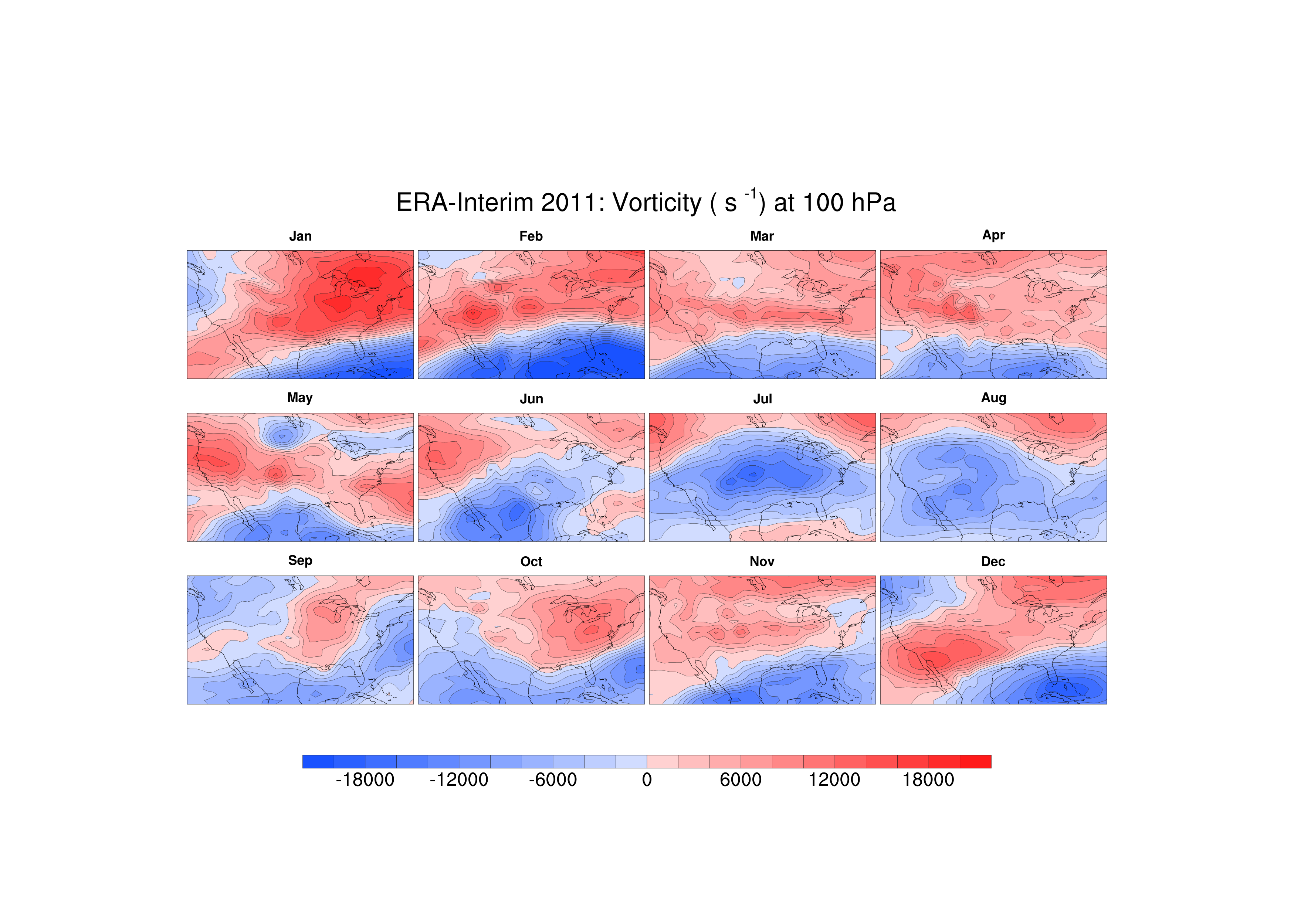