Identifying and locating gaseous seafloor seeps using multibeam sonar water-column backscatter is a growing interest in the scientific, energy, and resource management communities. Until recently, seeps were manually detected when viewing water-column backscatter returns in post-processing software. This manual procedure is time consuming and subjective. To examine this subjectivity, the NOAA Office of Exploration and Research conducted a quality control test using data collected during an expedition aboard the NOAA Ship Okeanos Explorer in the Gulf of Mexico from March to April, 2014. Water-column backscatter data was post-processed underway in FMMidwater and seep coordinates were manually geopicked from the beam fan. Ten percent of the original survey lines were independently re-processed using the same manual detection methods but with a different observer. Results show that manual seep selection can be highly variable between two different individuals. To help reduce this subjectivity and time required to manually detect seeps, QPS, Inc. developed a Feature Detection Tool for FMMidwater that uses an algorithm developed by the University of New Hampshire Center for Coastal and Ocean Mapping. To test the tool, the 10% subset of survey lines were run through the Feature Detection Tool using default settings, and the automatically detected seeps were compared with the manual geopicks. Not surprisingly, initial results show there can be variability between manual and algorithm seeps. Scrutiny of the automatic picks shows that the tool identified 60% of the seeps detected, and verified, by the independent manually-detecting observers. 32% of the seeps identified manually were missed by the tool, but 8% additional seeps were identified by the algorithm that had been missed through manual detection. The automatic detection showed several false positives, requiring manual intervention, but at a significantly lower level of effort than manual scrutinization of the raw data. 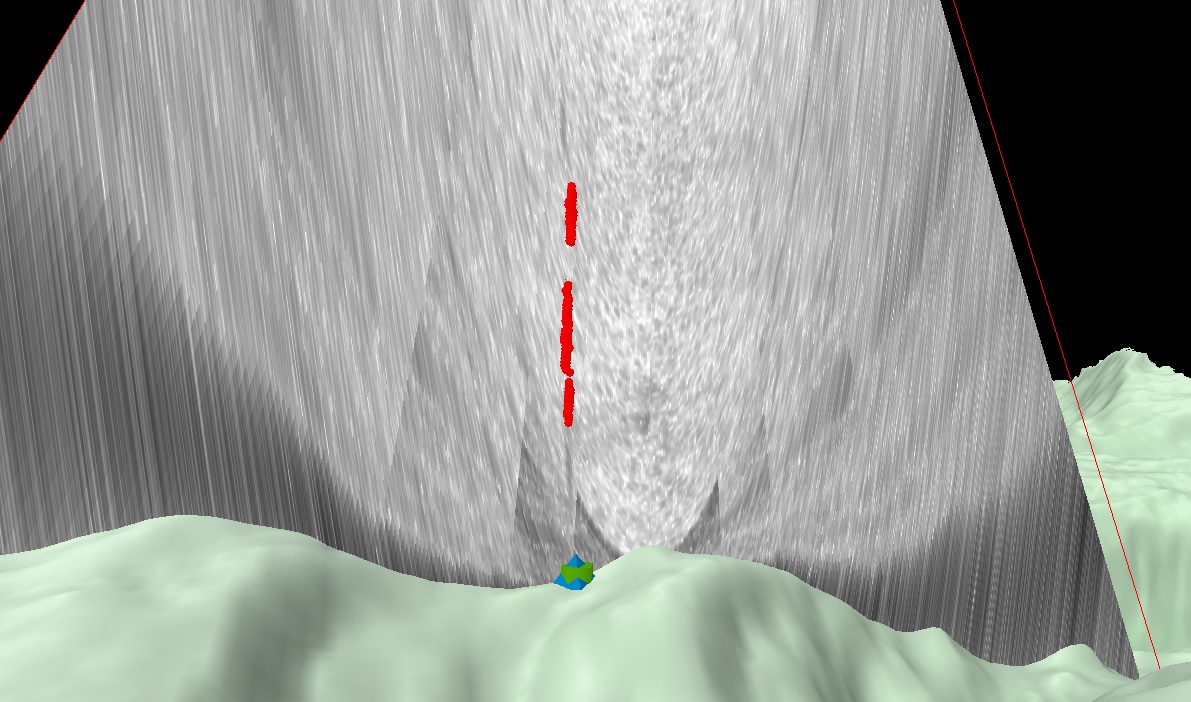