We assessed trace element evidence for changes in the delivery and deposition of sediments to the upper shelf of southeast Brazil, which can be linked to the evolution of regional oceanic and continental conditions during the last 17.1 cal kyr. Mineralogical and major and trace elements analyses of a 14C-dated sediment core have identifiedchanges in the compositions of the two lithologic units of this core that reveal a succession of changes in sediment delivery and accumulation at this location as postglacial sea level rose and the Holocene climate on land evolved. The results imply that depositional conditions have changed from a high energy environment under the strong influence of sea level rise before 9.1 kyr cal BP to conditions indicative of progressive sea-level stabilization until ~3 kyr cal BP. This location then became a deepwater lower energy environment that has persisted to modern times. Despite their proximity to the high organic matter productivity associated with the Cabo Frio upwelling system, the sediments have remained sufficiently oxygenated to make the variations in trace elements serve as evidence of changes in sediment delivery at this location. As an example, several occurrences of elevated concentrations and accumulation rates of U and Mo suggest that changes in erosion and fluvial transport from nearby land areas affected the record of trace element composition of sediments of the Cabo Frio shelf area. 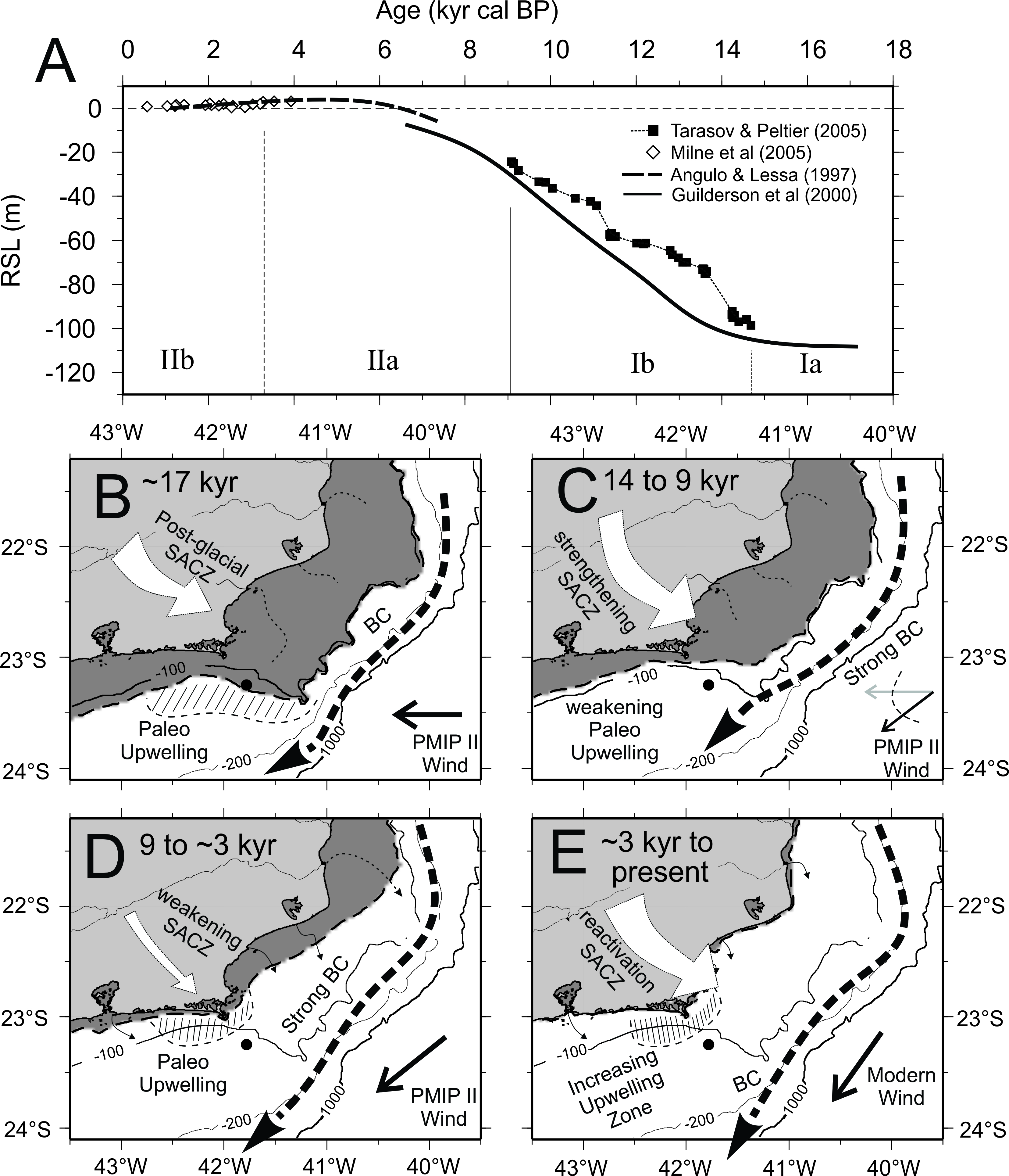