During the geomagnetic storms of solar cycle 24, several tongue of ionization (TOI) events have been observed over Antarctica with polar maps of total electron content (TEC) derived from the global network of GNSS receivers. Until solar cycle 24, the coverage of GPS receivers in the southern hemisphere was too sparse to clearly detect TOI’s in the Antarctica. The TOI plasma originates from plasma that has been transported from the mid-latitudes by a feature known as storm enhanced density (SED). The TOI, as observed by GPS, extends through the dayside cusp, across the polar cap to the night side, in both hemispheres. The TOI is a source of ionospheric irregularities and its distribution across the high latitude ionosphere is controlled by plasma convection. This is illustrated by overlaying TEC plots onto SuperDARN convection maps. Here, our focus is on summarizing these new SED/TOI observations in the southern hemisphere. We explore the development of southern hemisphere polar cap patches and their associated irregularities as observed by both GPS scintillation receivers and the SuperDARN HF radars. We identify cases where the position of the SED base stays fixed in latitude and longitude as the earth rotates. We also examine the observed symmetries and asymmetries of the SED/TOI features in both hemispheres, and provide preliminary statistics on preferred universal times/longitudes associated with SED/TOI’s in Antarctica. 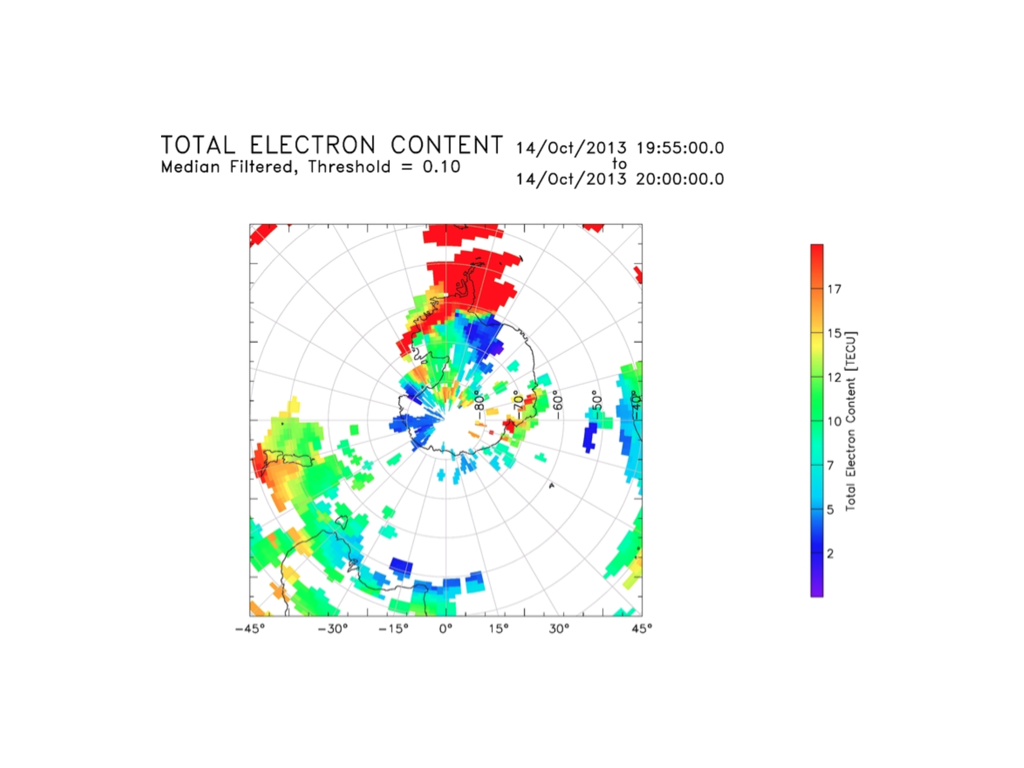