Understanding the transport of hydraulic fracturing (HF) fluid that is injected into the deep subsurface for shale gas extraction is important to ensure that shallow drinking water aquifers are not contaminated from an environmental and public health perspective and to understand formation damage from an oil and gas production perspective. Upward pressure gradients, permeable pathways such as faults or improperly abandoned wellbores, and the density contrast of the HF fluid to the surrounding brine encourages upward HF fluid migration. In contrast, the very low shale permeability and the imbibition of water into partially-saturated shale may sequester much of the HF fluid. Using the Finite Element Heat and Mass Transfer Code (FEHM), single-phase flow and transport simulations are performed to quantify how much HF fluid is removed via the wellbore as flowback and produced water and how much reaches overlying aquifers; imbibition is calculated with a semi-analytical one-dimensional solution and treated as a sink term. The travel time for HF fluid to reach the shallow aquifers is highly dependent on the amount of water imbibed and the suction applied to the well. If imbibition rates and suction are small, the pressure transient due to injection and the density contrast allows rapid upward plume migration at early times. The density contrast diminishes considerably within tens to hundreds of years as mixing occurs. We present estimates of HF fluid migration to shallow aquifers during the first 1,000 years after hydraulic fracturing begins for ranges of subsurface properties. 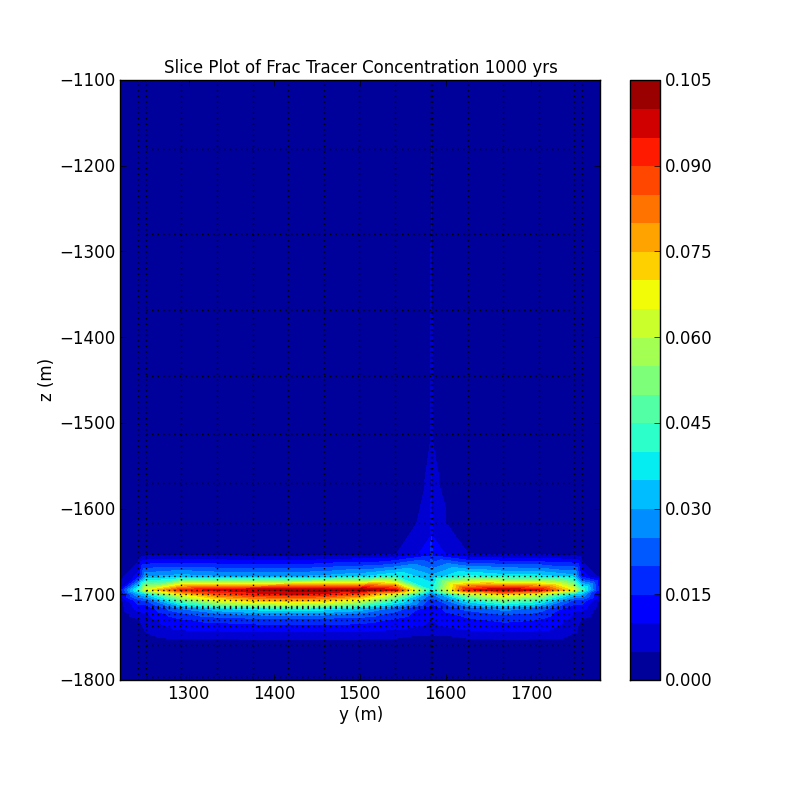