The last decade has witnessed an explosion in atmospheric characterization of spatially unresolved exoplanets using transmission spectra of transiting planets, but understanding has been hampered by degeneracies resolvable through blue optical observations. Here, scattered light is more important than the Wien tail of re-radiated thermal emission. Therefore, the next frontier in exoplanet characterization lies in the direct detection of scattered light. The polarization state of starlight scattered by a planetary atmosphere distinguishes it from the direct light from the host star, and the inherently differential nature of polarimetry reduces systematic effects to the point where ground-based detections are possible. Furthermore, polarimetry is uniquely sensitive to the size distribution, shape, and chemical composition of atmospheric cloud particles as well as to the scattering optical depth. I will review the current state of exoplanet polarimetry, which is dominated not by photon noise but by non-Gaussian systematic effects. Ground-based detection of order ten exoplanet photons relative to the host star’s million requires dense orbital phase coverage and therefore long observing programs. However, variability inherent in the host star, interstellar medium, Earth’s atmosphere, the telescope, and the instrument at all timescales must be measured and subtracted in order to definitively uncover scattered light from the exoplanet. While polarimetry is in principle sensitive to exoplanets regardless of orbital inclination, repeated observations of transiting exoplanet systems during secondary eclipse events are required to measure the polarimetric variability of the system that cannot be due to the planet. The emergence of scattered light polarimetry as a robust tool for the study of exoplanet atmospheres, and eventually surfaces, therefore requires diligent attention to the role of systematic effects. 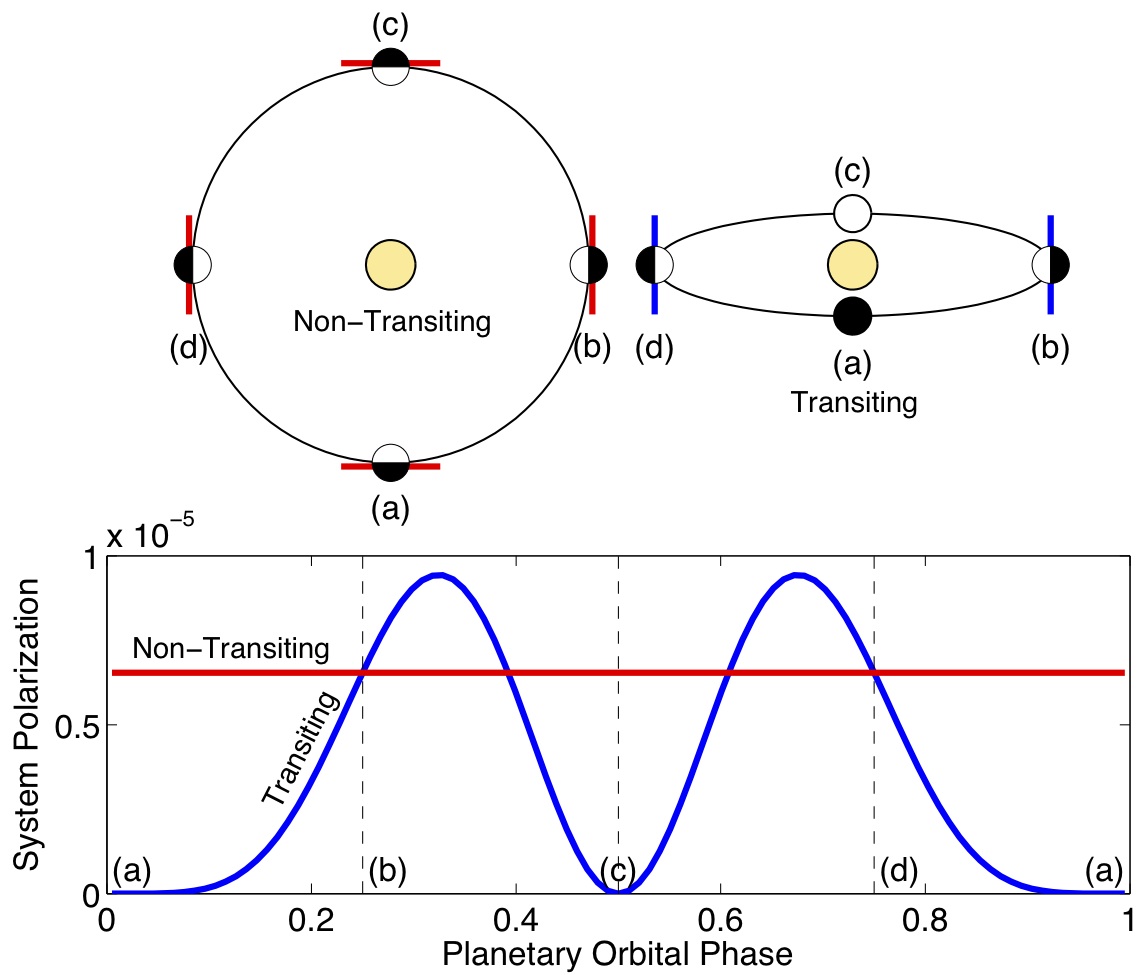