The double Intertropical Convergence Zone (ITCZ) in the east Pacific has been identified in previous observational studies in terms of time mean data, e.g. monthly mean fields. Little is known about the instantaneous occurrence of this feature. Here we use a new method for automated daily identification of convection associated with the east Pacific ITCZ in visible and infrared geostationary satellite images from 1980-2012. The method uses the satellite images to extract information about the spatial features of the clouds comprising the convergence zones. Features are then used as input to a temporal classification algorithm that is based on a combination of hidden semi-Markov model and support vector machine methods. Five ‘states’ are used to describe the location of the ITCZ: northern hemisphere only (nITCZ), southern hemisphere only (sITCZ), double ITCZ (dITCZ), ITCZ located directly on the equator (eITCZ), and no ITCZ present (aITCZ). Most of the year, particularly from May-Dec, is dominated by the nITCZ state. The boreal springtime is characterized by a high number of days classified as dITCZ, but the state of the ITCZ is quite variable during this time and can frequently transition between dITCZ, nITCZ, sITCZ, and aITCZ states. Our results will show ITCZ variability in terms of the different states on daily to interannual time scales. We will show how the large scale environment, including SST and atmospheric moisture availability, influences the occurrence of each ITCZ state, focusing on the dITCZ in the boreal springtime. 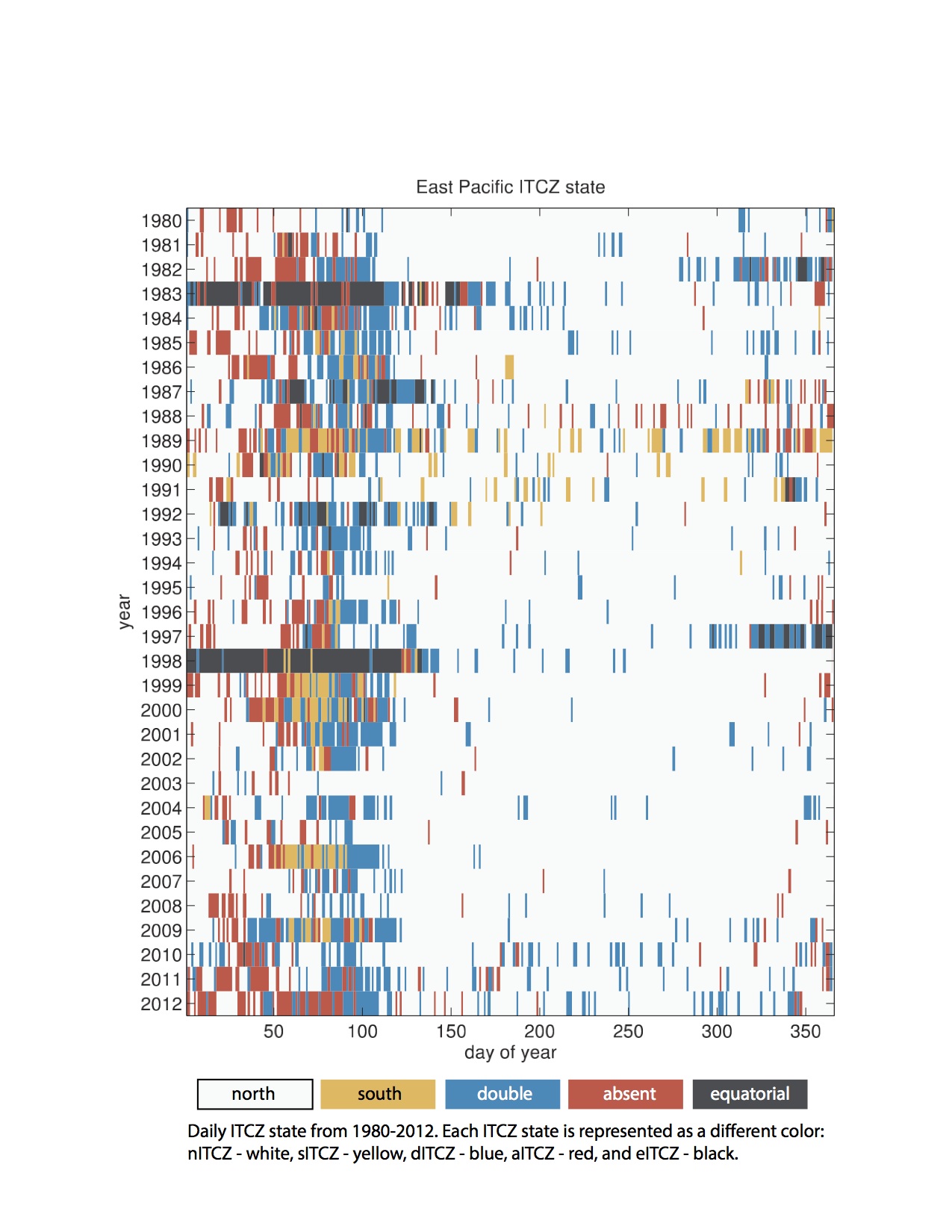