Theory and observations have linked equatorial VLF waves with pulsating aurora for decades, invoking the process of pitch-angle scattering of 10's keV electrons in the equatorial magnetosphere. Recent satellite studies have strengthened this argument, by showing strong correlation between pulsating auroral patches and (1) lower-band chorus observed by THEMIS and (2) 30-100 keV electron modulation in the vicinity of geosynchronous orbit observed by GOES. Additionally, a link has been made between Pc4-5 compressional pulsations and modulation of whistler-mode chorus using THEMIS. Here we present simultaneous in-situ observations of structured chorus waves and an apparent poloidal field line resonance as a result of a substorm injection, observed by Van Allen Probes, along with ground-based observations of pulsating aurora. We demonstrate the possible scenario being one of substorm-driven ULF pulsations modulating chorus waves, and thus providing the driver for pulsating particle precipitation into the Earth's atmosphere. We also show, for the first time, a particular 3-Hz modulation of individual chorus elements concurrent with pulsating aurora. Such modulation has been noticed in camera data of pulsating aurora for decades. 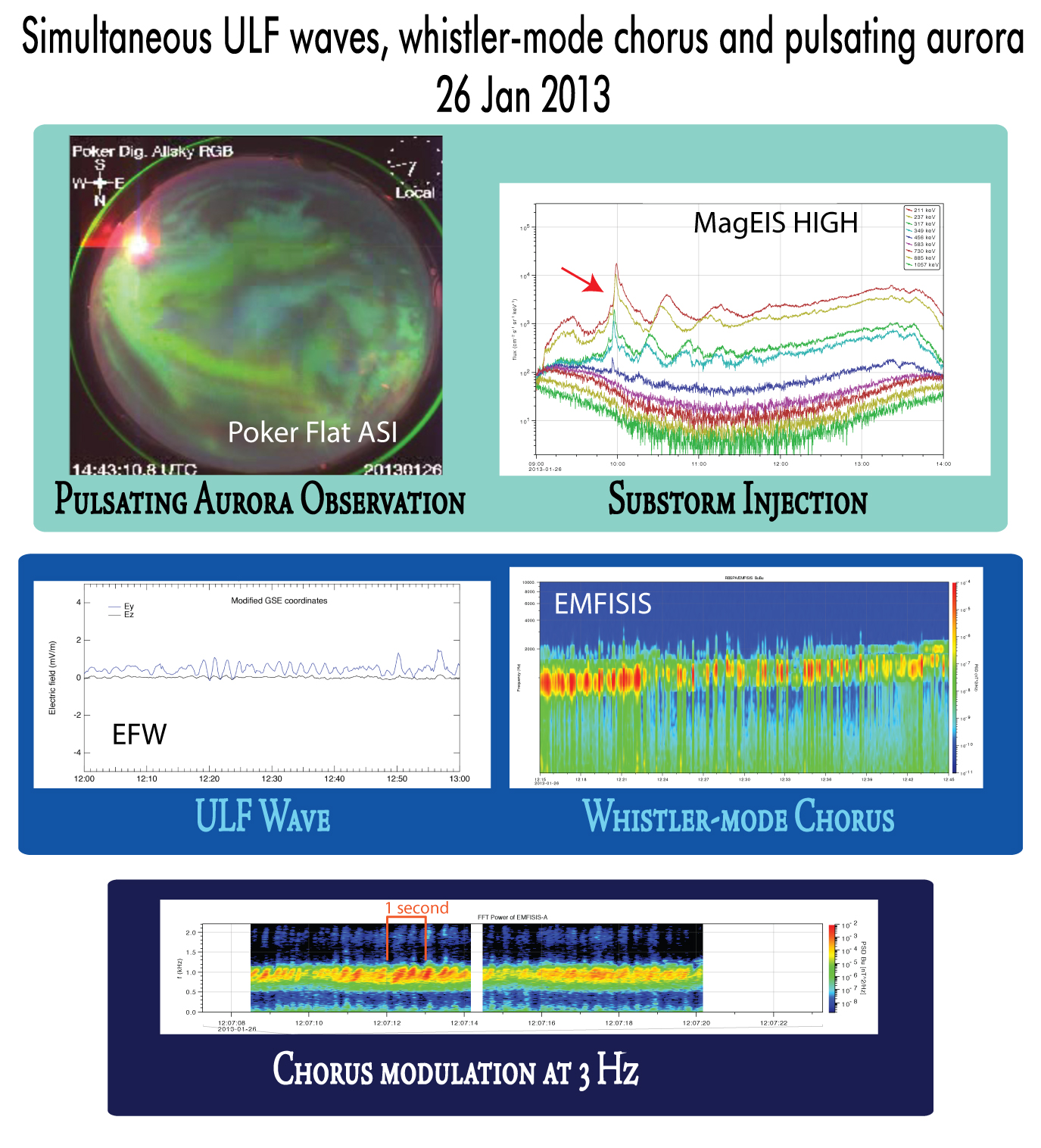