Exploration in an open-ended computer game is an engaging way to explore climate and climate change. Everyone can explore physical models with real-time visualization in the educational simulator Universe Sandbox ² (universesandbox.com/2), which includes basic climate simulations on planets. I have implemented a time-dependent, one-dimensional meridional heat transport energy balance model to run and be adjustable in real time in the midst of a larger simulated system. Universe Sandbox ² is based on the original game - at its core a gravity simulator - with other new physically-based content for stellar evolution, and handling collisions between bodies. Existing users are mostly science enthusiasts in informal settings. We believe that this is the first climate simulation to be implemented in a professionally developed computer game with modern 3D graphical output in real time.

The type of simple climate model we’ve adopted helps us depict the seasonal cycle and the more drastic changes that come from changing the orbit or other external forcings. Users can alter the climate as the simulation is running by altering the star(s) in the simulation, dragging to change orbits and obliquity, adjusting the climate simulation parameters directly or changing other properties like CO2 concentration that affect the model parameters in representative ways. Ongoing visuals of the expansion and contraction of sea ice and snow-cover respond to the temperature calculations, and make it accessible to explore a variety of scenarios and intuitive to understand the output. Variables like temperature can also be graphed in real time. We balance computational constraints with the ability to capture the physical phenomena we wish to visualize, giving everyone access to a simple open-ended meridional energy balance climate simulation to explore and experiment with.

The software lends itself to labs at a variety of levels about climate concepts including seasons, the Greenhouse effect, reservoirs and flows, albedo feedback, Snowball Earth, climate sensitivity, and model experiment design. Climate calculations are extended to Mars with some modifications to the Earth climate component, and could be used in lessons about the Mars atmosphere, and exploring scenarios of Mars climate history. 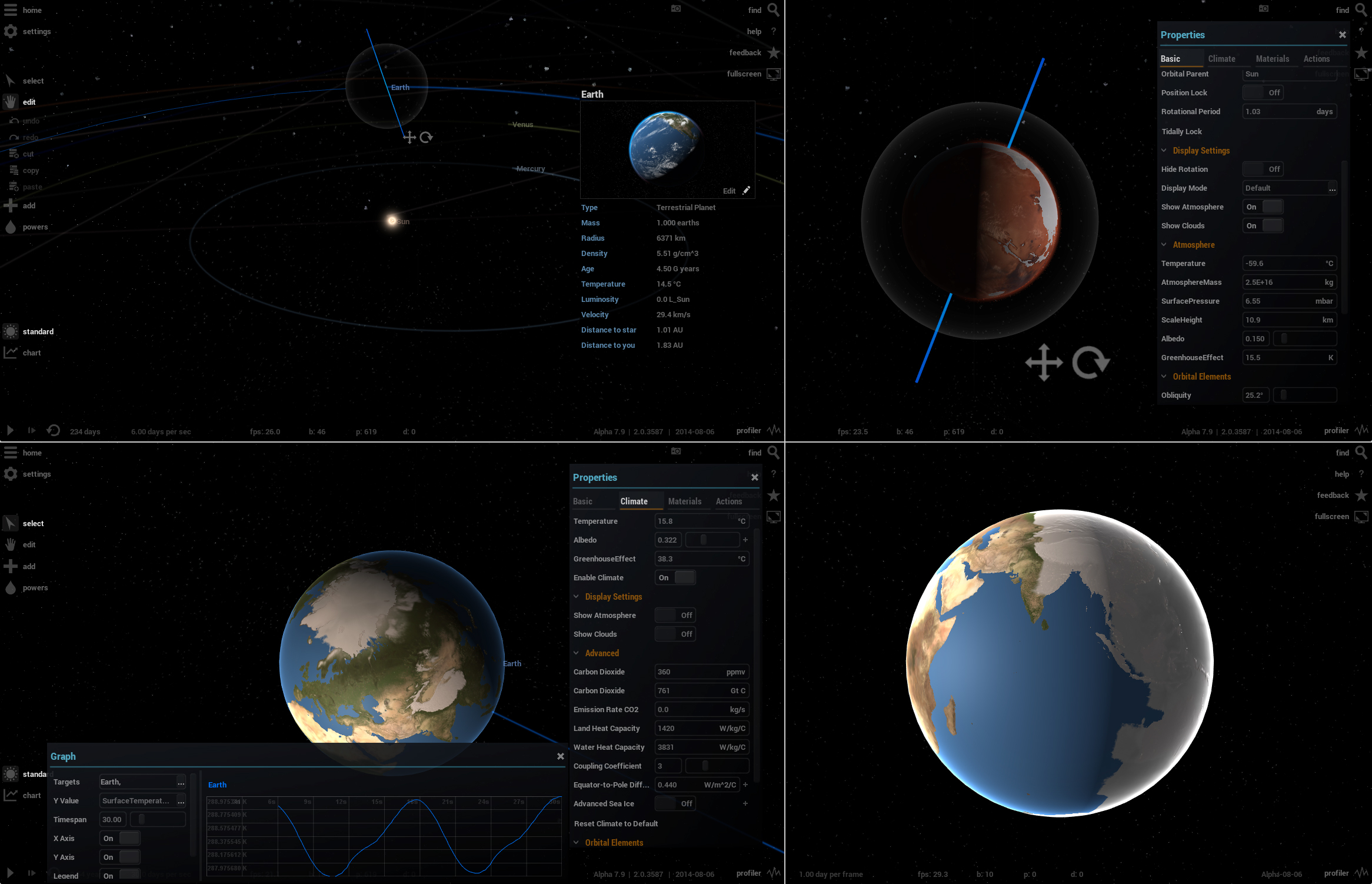