It is well known that the environment of the Arctic Ocean is currently changing rapidly as a result of anthropogenic inputs of greenhouse gases into the atmosphere. The loss of sea ice is one of the most dramatic and impactful aspects of change. Warming is amplified due to the open water albedo feedback effect. Ice is more reflective than ocean, creating a positive feedback with negative consequences. Here I compare our knowledge of sea ice in the Arctic Ocean using data from two satellites (SSM/I “NASA-team” and “Bootstrap” algorithms and MODIS MOD29 sea ice extent) to a coupled numerical model of ocean circulation and sea ice (Regional Ocean Modeling System, ROMS). I run the model from 1987 through 2012. Most years, the summer ice extent near Greenland and Norway is fairly well simulated, but in the Alaskan and Canadian Region, satellite data show ice retreating dramatically from the coast, well into the Arctic basin. This retreat is not captured in the model. During the sea ice minima in September, ice extent from satellite data is approximately 72% of modeled ice extent (for a ten-year average from 2003 – 2012). I focus on extent, concentrations, and thicknesses, three of the main ice characteristics described in ROMS. The results of this model vs. satellite data comparison show that the model simulates the presence of much more ice, both a larger extent and higher concentrations. This overestimation of ice is common among many of the models presented in the literature. Changes in ice thicknesses are a major concern as multi-year ice is being lost at an accelerating pace. Ice thickness is a good proxy for ice age, and young ice is much more susceptible to melting than older ice. Many polar ocean models specify ice concentrations and thicknesses instead of modeling them. This is problematic at present due to limited data available for ice thickness. For this reason, it is key to develop models like ROMS in order to improve understanding of the Arctic ocean - ice system. 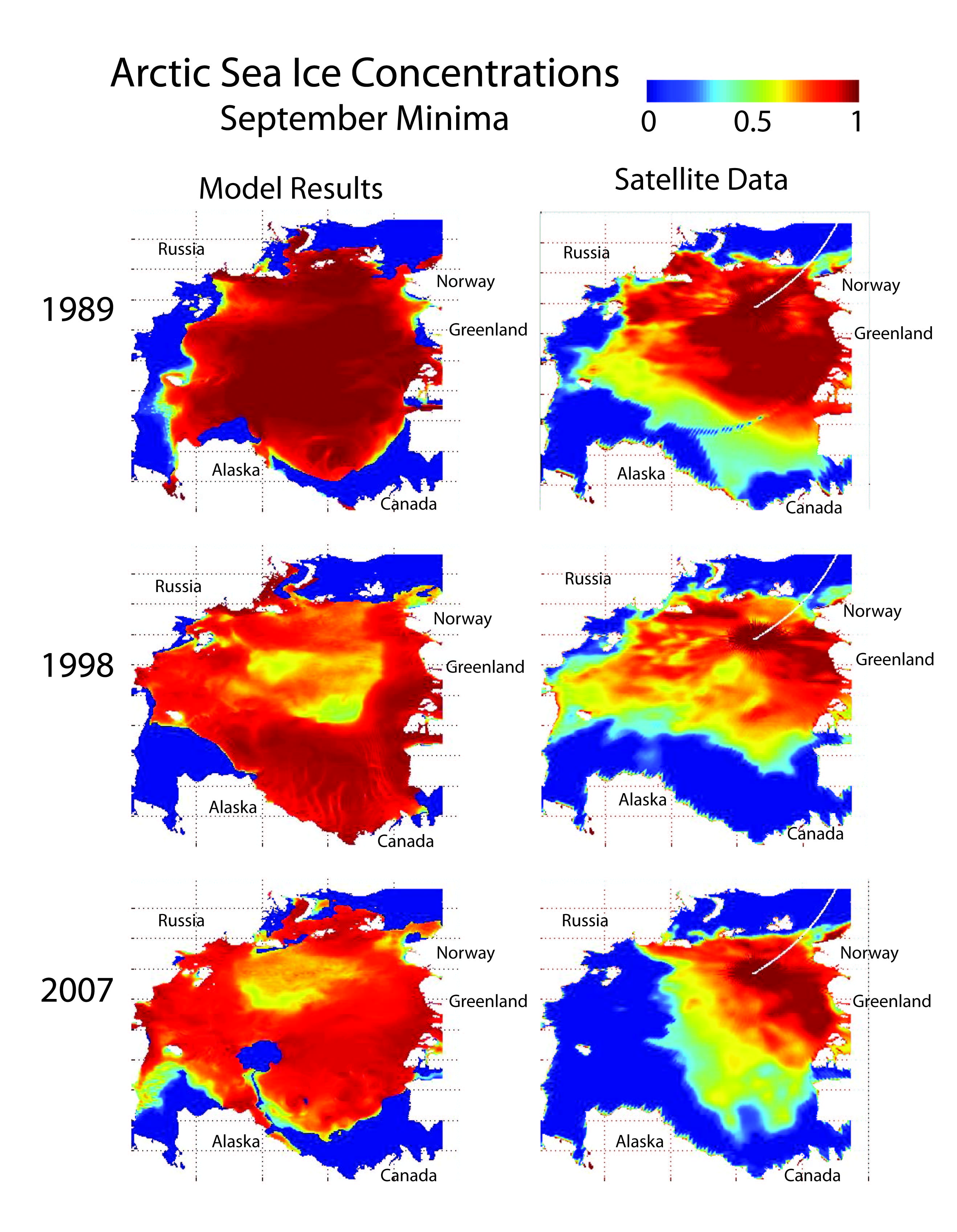