Greater thaw depth in the Arctic permafrost regions will increase soil liquid-water content and enrich for the microbial production of methane (CH4). Carbon cycling in Arctic soils is poorly understood with regard to biological controls on observed CH4 fluxes. In the analysis presented here I have measured and compared chemical and physical properties and conducted an anaerobic incubation experiment on soil core samples obtained from Atqasuk and Ivotuk, two sites on the North Slope of Alaska. Additionally, metagenomes have been sequenced across a soil depth profile at both sites. There are significant differences between the two sites with regard to soil bulk density, pH, volumetric water content, total carbon, total phosphate, Iron III and methanogenesis potential. The sites are not significantly different in total organic matter, total nitrogen, Iron II and anaerobic respiration potential. Volumetric water content is highly correlated at both sites with soil bulk density, with higher water content measured at Ivotuk with finer, siltier soil, and lower water content measured at Atqasuk with coarser, sandier soil. The water retention in these soils may influence carbon dioxide and methane flux at these two sites. Incubations produced similar levels of carbon dioxide at both sites, and much higher levels of methane at Atqasuk than Ivotuk. Multiple regression analysis shows a strong correlation between volumetric water content and pH as predictor variables for methanogenesis in Ivotuk, though not in Atqasuk. Additionally, carbon dioxide production is significantly correlated with methane production in all samples and all depths, though there is a much stronger relationship in Atqasuk. This may indicate a relationship between methane oxidation and carbon dioxide production in Atqasuk, though further investigation is needed. Preliminary metagenomic data for Ivotuk indicates a possible relationship between iron reducing bacteria and soil iron concentrations. Further analysis of metagenomic data is ongoing and will ideally provide greater insights into methane cycling at these two sites. 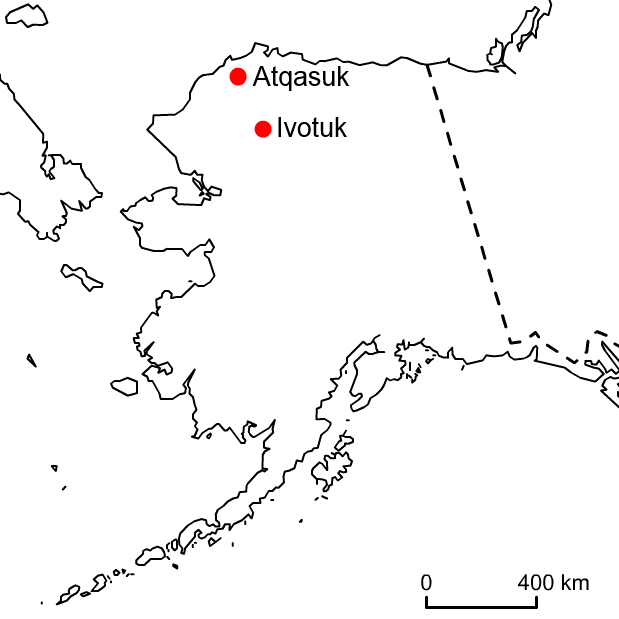