In this study, we present a record of ice-sheet melt derived from space-borne gravity that spans over two decades—beyond the time-frame of the GRACE mission.

GRACE fields are merged with conventional tracking data (SLR/DORIS) spanning 1992 to the present. They are provided as weekly global fields of degree and order five without C50 and S50 but with C61 and S61. Their multi-decade timespan complements the monthly fields of GRACE of degree and order 60 that start in 2003 and will end when the GRACE mission terminates. The two datasets are combined via an empirical orthogonal function analysis, whereby the conventional tracking data temporal modes are obtained by fitting the SLR/DORIS coefficients to the GRACE spatial modes via linear least squares. Combining those temporal modes with GRACE spatial modes yields the reconstructed global gravity fields.

The error budget of the reconstructions is composed of three components: the SLR/DORIS covariances, the errors estimated from the assumption that GRACE spatial modes can be mapped over the SLR/DORIS timeframe, and the covariances from the least squares fit applied to obtain the SLR/DORIS temporal modes.

The reconstructed surface mass changes in Greenland and Antarctica, predominantly captured in the first mode, show a rate of mass loss that is increasing since 1992. The trend of mass changes in Greenland over various epochs match with an overarching study assembling altimetry, gravimetry, and interferometry estimates of ice-sheet balance over a 1992-2011 time-frame [Shepherd et al., 2012]. Antarctica shows a trend that is different because of updated GIA models [A et al., 2013] compared to the other studies. We will also show regional mass changes over various other basins, as well as the influence of each SLR/DORIS coefficient on the reconstructions.

The consistency of these results underscores the possibility of using low-resolution SLR/DORIS time-variable gravity solutions as a way to continuously monitor the behavior of the polar ice-sheets in the absence of GRACE. 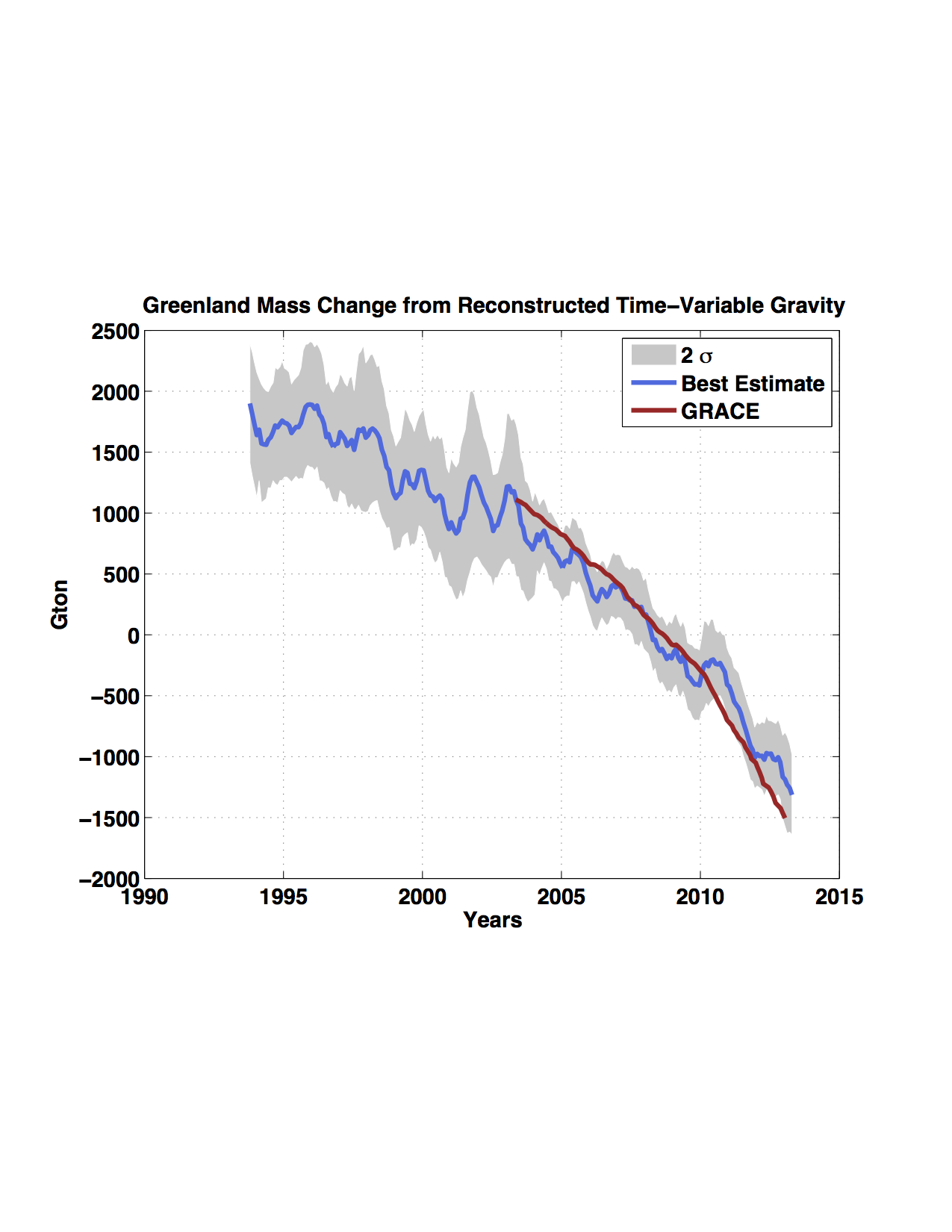