NH33B-3912:
ARkStorm@Tahoe: Science as a foundation for discussing, recognizing and mitigating storm-disaster vulnerabilities in mountain and downstream communities

Atmospheric rivers (ARs) have historically caused ~80% of the most extreme winter storms and largest floods in California and parts of northwestern Nevada. In 2010, the U.S. Geological Survey developed the ARkStorm extreme-storm scenario to quantify risks from extreme winter storms and to allow stakeholders to explore and mitigate potential impacts. The scenario was constructed by concatenating two historical AR sequences and quantified by simulating them using a regional-weather model nested within global weather fields, resulting in a climatologically plausible 23-day storm sequence. The ARkStorm@Tahoe scenario was presented at six meetings with over 300 participants from local agencies, first-responders and local communities, each meeting having a different geographic or sectoral focus. These stakeholder meetings and an 18-question survey identified a wide range of social and ecological vulnerabilities to extreme winter storms, science and information needs to prepare and mitigate consequenses, and proactive measures to minimize impacts. Interruption of transportation, communications, and lack of power and backup fuel supplies were identified as the most likely and primary points of failure across multiple sectors and geographies, as these interruptions have cascading effects on natural and human environments by impeding emergency response efforts. Natural resource impacts of greatest concern include flooding, impacts to water quality, spread and establishment of invasive species, and interactions with other disturbance types (e.g., fire, landslides). Science needs include improved monitoring and models to facilitate better prediction and response, real-time and forecast inundation mapping to understand flood risks, and vulnerability assessments related to geomorphic hazards and water quality impacts. Results from this effort highlight several opportunities for increasing the resilience of communities and the environment to extreme storm events. Information collected in these meetings was used to develop a “tabletop” emergency-response exercise with over 120 participants in March 2014, as well as reports back to the community including specific recommendations for increasing preparedness, response, recovery, and resilience to extreme winter storm events. 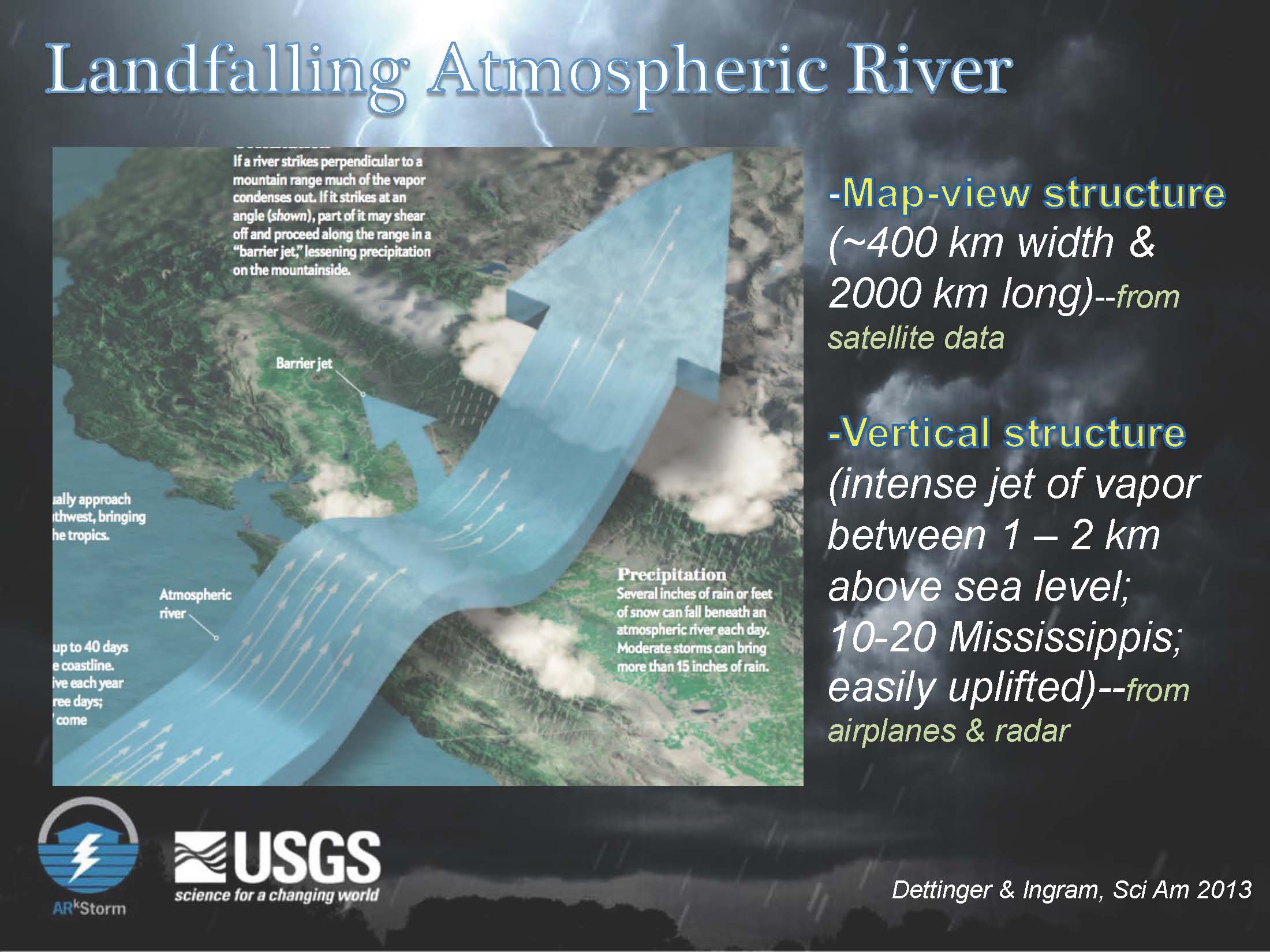