GC51C-0426:
A megaregion-scale approach for assessing the impacts of climate change and strategic management decisions in the Northeast United States

‘Megaregions’ have been identified as an important new scale of geography for policy decision-making in the United States. These regions extend beyond local boundaries (ie. cities, states) to incorporate areas with linked economies, infrastructure and land-use patterns and shared climate and environmental systems, such as watersheds. The corridor of densely connected metropolitan areas and surrounding hinterlands along the U.S. east coast from Maine to Virginia is the archetype of this type of unit: The Northeast Megaregion. The Northeast faces a unique set of policy challenges including: projections of a wetter, more extreme climate, aging and underfunded infrastructure and economically distressed rural areas. Megaregion-scale policy efforts such as the Regional Greenhouse Gas Initiative (RGGI) and support for a regional food system have been recognized as strategic tools for climate change mitigation and adaptation, but decision-makers have limited information on the potential consequences of these strategies on the complex natural-human system of the Northeast, under various scenarios of global climate change. We have developed a Northeast Regional Earth System Model (NE-RESM) as a framework to provide this type of information. We integrate terrestrial ecosystem, hydrologic, energy system and economic models to investigate scenarios of paired regional socioeconomic pathways and global climate projections. Our initial results suggest that megaregion-scale strategic decisions in the Northeast may have important consequences for both local water management and global climate change mitigation. 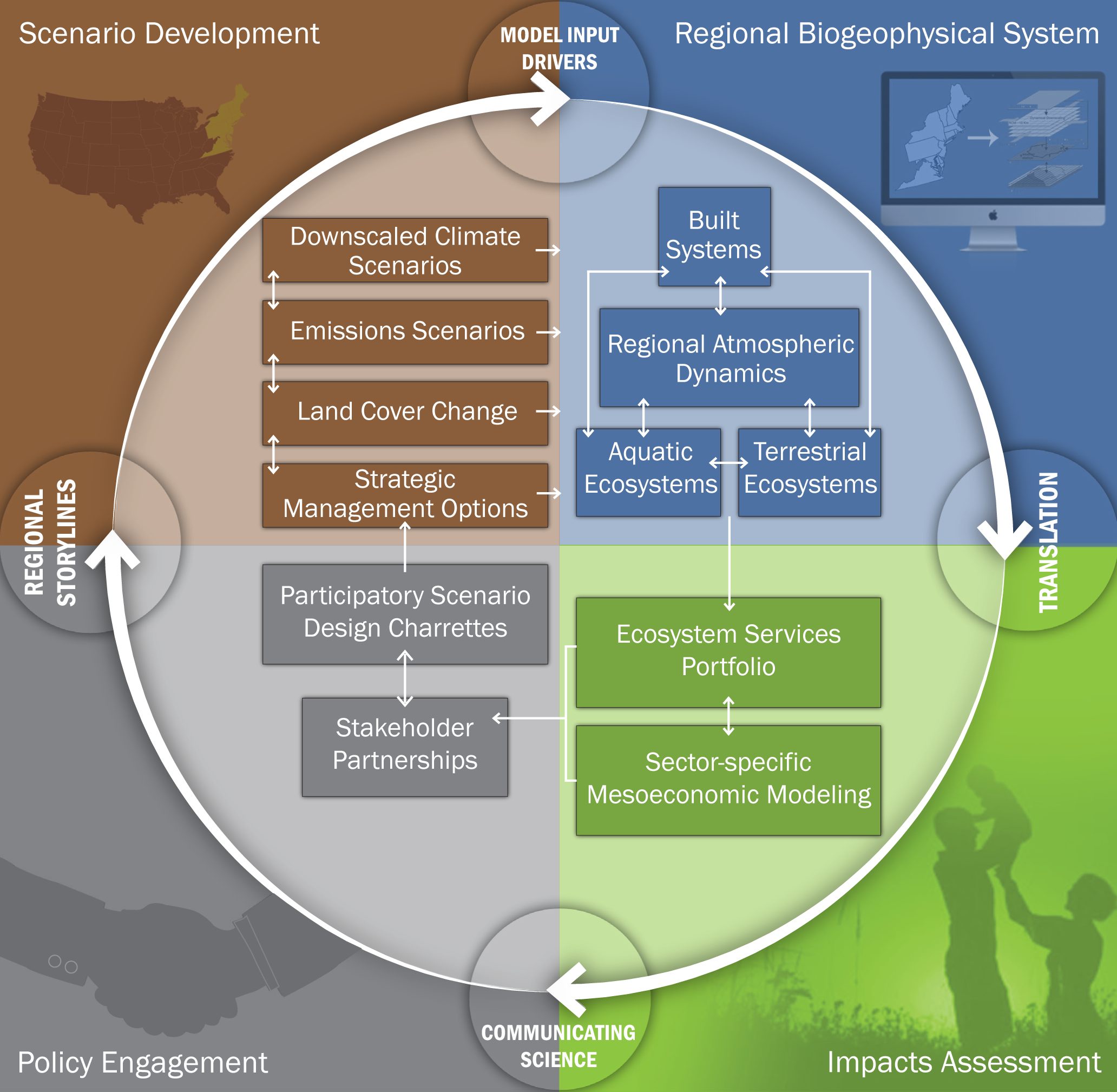