Recently, natural hazards has been more unpredictable with increasing frequency and strength due to climate change. Especially, coastal areas would be more vulnerable in the future because of sea-level rise (SLR). In case of Korea, it is surrounded by oceans and has many big cities at coastal area, thus a hazard prevention plan in coastal area is absolutely necessary. However, prior to making the plan, finding areas at risk would be the first step. In order to find the vulnerable area, local characteristics of coastal areas should also be considered along with SLR. Therefore, the objective of the research is to find vulnerable areas, which could be damaged by coastal hazards considering local environment and SLR of coastal areas.

Spatial scope of the research was set up as 1km from the coastline according to the ‘coastal management law’ in Korea. The assessment was done up to the year of 2050, and the highest sea level rise scenario was used. For risk analysis, biophysical and socioeconomic characteristics were considered as to represent local characteristics of coastal area. Risk analysis was carried out through the combination of ‘possibility of hazard’ and the ‘level of damages’, and both of them reflect the above-mentioned regional characteristics. Since the range of inundation was narrowed down to the inundation from typhoon in this research, the possibility of inundation caused by typhoon was estimated by using numerical model, which calculated the height of storm surge considering wave, tide, sea-level pressure and SLR. Also the level of damage was estimated by categorizing the socioeconomic character into four factors; human, infrastructure, ecology and socioeconomic. Variables that represent each factor were selected and used in damage estimation with their classification and weighting value. 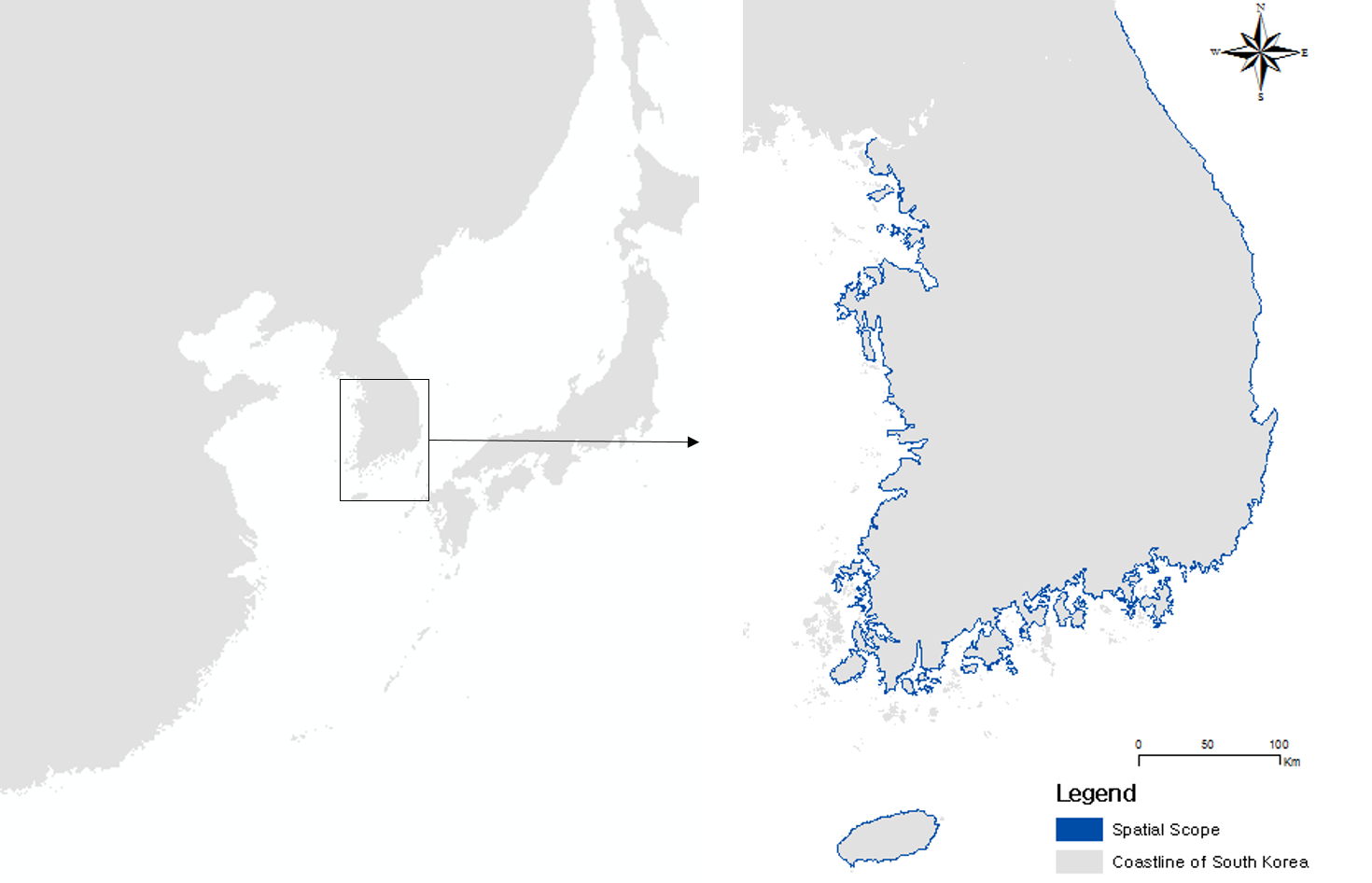