The Bangkok Basin, located in the lower part of the Chao Phraya River Basin in central Thailand contains very thick sediment and are often affected by the large distant earthquakes due to local site amplification.

Shear wave velocities (Vs) measurements have been performed at five sites in the Bangkok Basin (Figure 1) by a two-station spatial autocorrelation method (2ST-SPAC) using long-period accelerometers. Receiver separation varied from 5 to 2,100m and maximum separation (array size) varied from 1,800 to 2,100 m. In each separation, 10 to 90 minutes ambient noise was recorded with sampling interval of 10 ms. Due to the security concern, data acquisition was performed in the day-time and in relatively quiet places such as in parks or less densely residential areas.

A spatial autocorrelation was used for calculating phase velocity and clear dispersion curves were obtained in frequency range from about 0.3 to 10 Hz. Minimum frequency and corresponding maximum wavelength ranged from 0.32 to 0.48 Hz and about 2,180 to 5,140 m, depending on the site. An inversion consisting of a least squares method and a Genetic Algorithm was used to estimate Vs profiles from the dispersion curves to a depth of about 1,000 to 2,500 m depending on the sites. 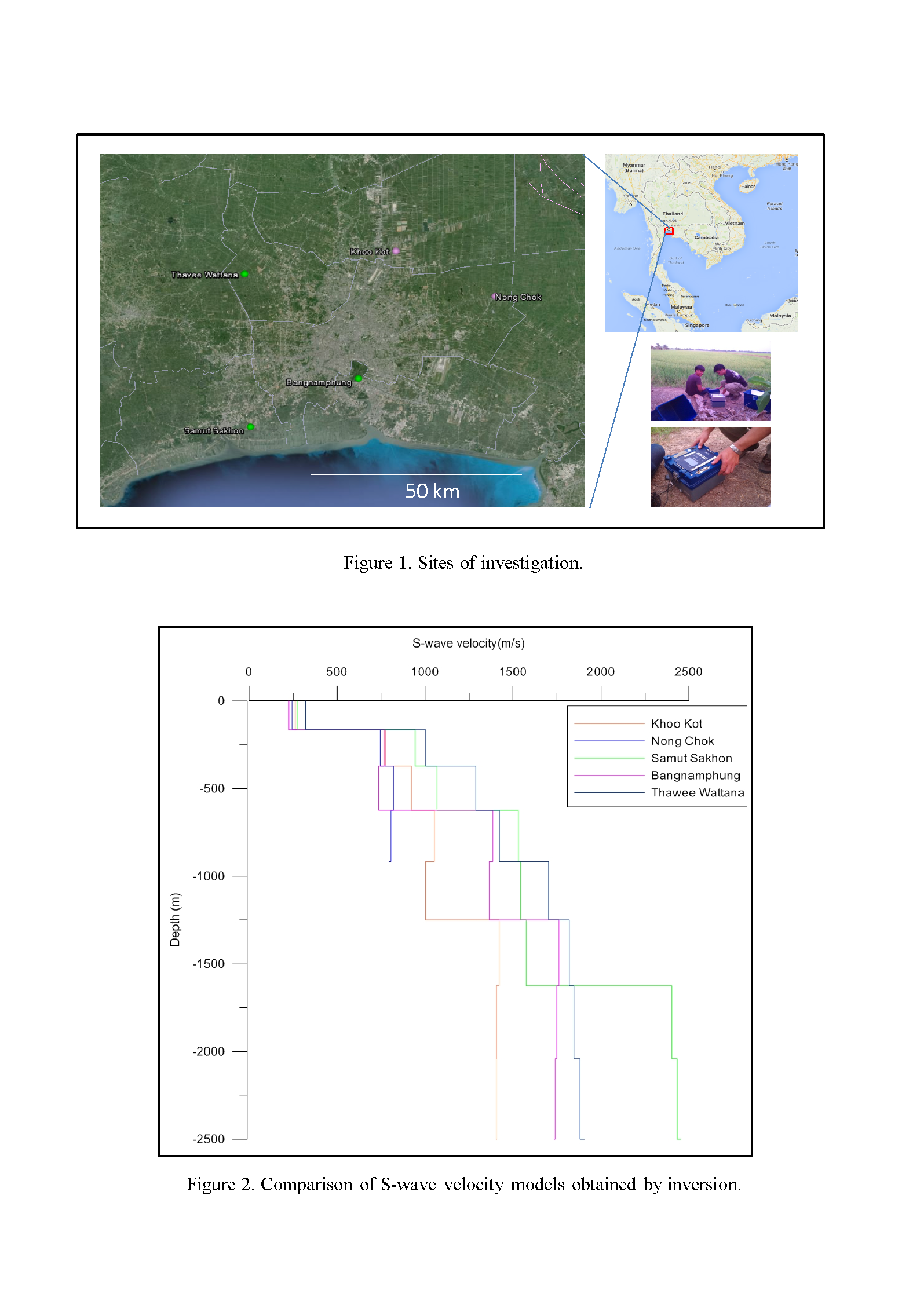