Black carbon (BC) is a ubiquitous component of the carbon cycle, yet controls on its landscape-level distribution, including the relative importance of mechanisms for transport across the terrestrial aquatic interface, are relatively unknown. In June 2012, the High Park Fire (HPF) burned 353 km2 of land in the Cache la Poudre (CLP) watershed just northwest of Fort Collins, CO. Following independent efforts of our group to quantify the effects of the HPF on biogeochemical pools and landscape geomorphology, we aimed to synthesize our respective datasets with two main objectives: 1. determine and relate BC content in different parts of the watershed including litter, soils, river bank sediments and dissolved and particulate organic materials in river water, 2. develop a conceptual framework for mechanisms that contribute to BC export from the CLP on short and long-term time scales.

Using the benzene polycarboxylic acid (BPCA) method as a molecular proxy for BC concentrations, we found that the majority of BC deposited on the landscape by the HPF was located in the litter, coarse plant fraction of river bank sediments, and DOC, suggesting that BC mobilized on the landscape is transported downstream through the river network. In 2012, following the HPF, the 30-minute rainfall intensity required to mobilize sediment on hillslopes (critical I30) was 3.6 mm/hr, and in summer 2013, the critical I30 increased to 8.1 mm/hr, likely due to vegetation recovery. The low critical I30 in the first season following the fire indicated that BC could have been easily mobilized, even in small storms. Our working conceptual framework is that post fire, there are two phases of BC export from an ecosystem. In the first phase, BC export is primarily driven by transport of particulate material controlled by precipitation intensity and duration, along with the burn severity and slope of the landscape. The second phase of BC export is primarily in the dissolved form, and is driven by climatic controls such as precipitation amount and form, vegetation recovery and geologic features. 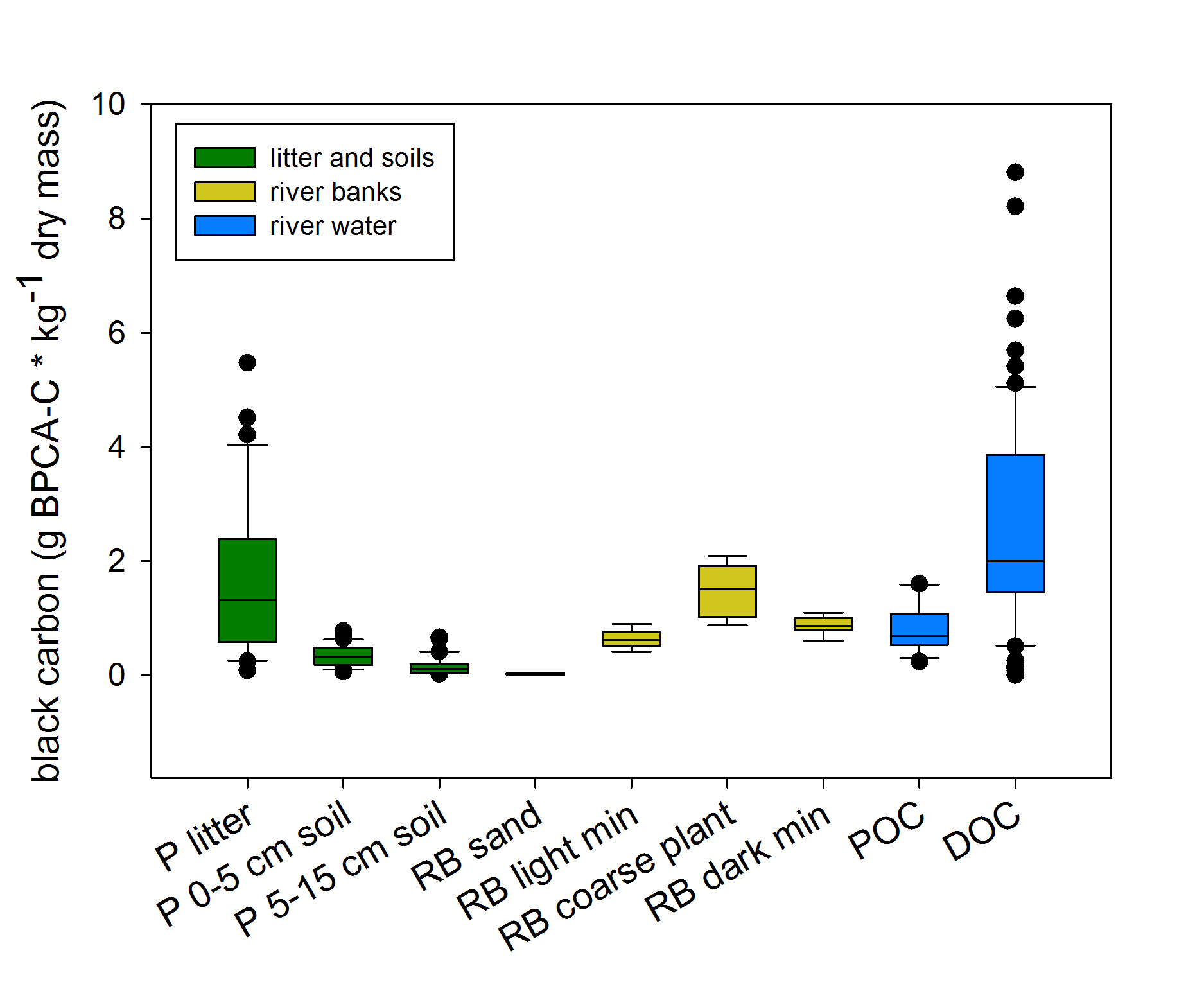