The NASA-funded “Solid Earth Science ESDR System (SESES)” MEaSUREs project publishes long-term Earth Science Data Records (ESDRs), the result of a combined solution of independent daily JPL (GIPSY-OASIS software) and SIO (GAMIT software) GPS analyses, using a common source of metadata from the SOPAC database. The project has now produced up to twenty-two years of consistent, calibrated and validated ESDR products for over 3200 GPS stations from Western North America, other plate boundaries, and global networks made available through the GPS Explorer data portal and NASA’s CDDIS archive. The combined solution of daily coordinate time series uses SOPAC h-files and JPL STACOV files as input to the st_filter software. The combined time series are then fit with the analyze_tseri software for daily positions/displacements, secular velocities, coseismic and postseismic displacements, as well as annual and semi-annual signatures and non-coseismic offsets due primarily to equipment (antenna) changes. Published uncertainties for the estimated parameters take into account temporal noise in the daily coordinate time series. The resulting residual coordinate time series with typical daily RMS values of 1.5-4.0 mm in the horizontal and 4.0-8.0 mm in the vertical can then can be mined for other signals such as transient deformation associated with earthquake tremor and slip (ETS) and hydrological effects. As part of this process we have catalogued and characterized coseismic displacements due to more than 80 earthquakes affecting over hundreds of regional and global stations, as well as significant postseismic deformation for the larger events. The larger events can affect stations 1000’s of km from the earthquake epicenters and thus significantly affect the positions of stations used in defining the reference frame. We discuss the implications and contributions of our ongoing analysis to the long-term maintenance of the international terrestrial reference frame. 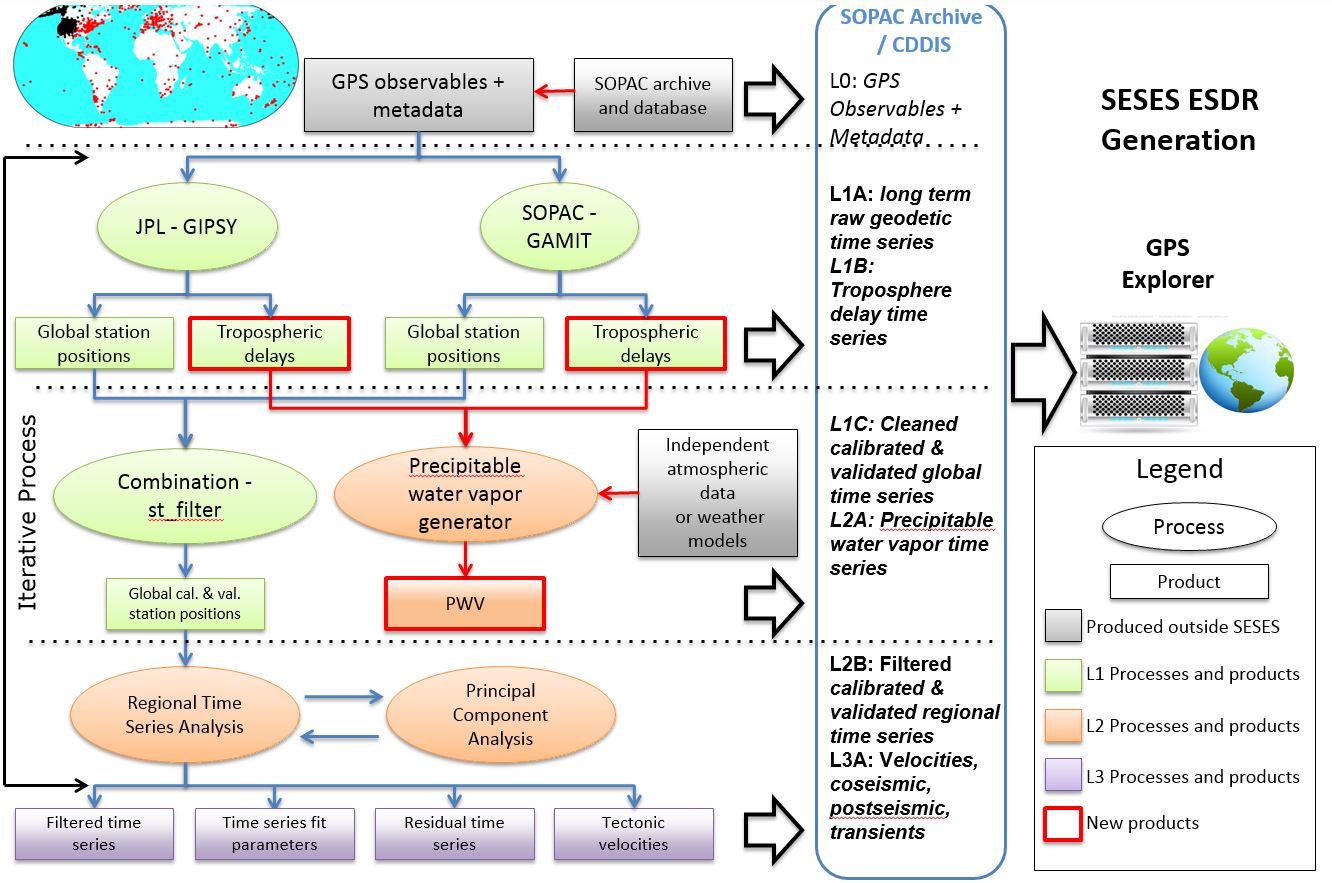